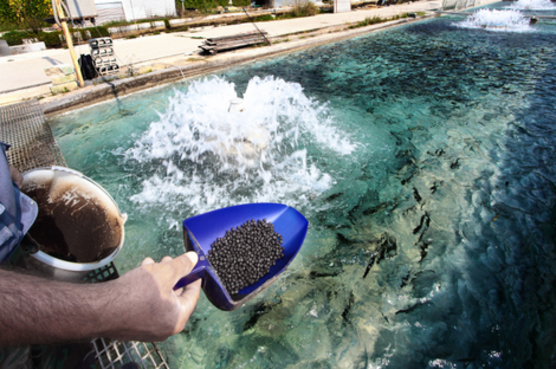 It sounds like a science fiction scenario: engineer a fish with a gene for growth hormones to accelerate maturation and create a giant “super fish.”  Freakish as it may seem, for more than a decade, corporations and researchers in the U.S. and abroad have been seeking to do just that.  Their incentive, of course, is financial: to create a more profitable fish by genetically engineering farmed fish to grow bigger faster, thereby bringing fish to the market in less time.  Instead of focusing on the survival and recovery of wild fisheries, corporations seek to force fish to fit within the industrial production model of factory fish farming (also called industrial aquaculture).

At least 35 species of fish are currently being genetically engineered around the world, including trout, catfish, tilapia, striped bass, flounder, and many species of salmon.  These fish are being engineered for traits that allegedly will make them better suited for industrial aquaculture, such as faster growth, disease resistance, larger muscles, and temperature tolerance.  The genes engineered in these experimental fish come from a variety of organisms, including other fish, coral, mice, bacteria, and even humans.

In November 2015, FDA approved the AquAdvantage® Salmon, produced by AquaBounty Technologies. The same company claims that it is also developing genetically engineered tilapia and trout for commercial approval, while others are developing other genetically engineered catfish and salmon.  While corporations continue to engineer fish and push for their commercial use, scientific evidence mounts regarding the extraordinary environmental danger these fish pose. Additionally, the human health impacts of eating GE fish are entirely unknown.

Center for Food Safety is suing the Food and Drug Administration (FDA) to block the agency’s approval for sale.