California's Proposition 2: Good for Chickens and Good for You 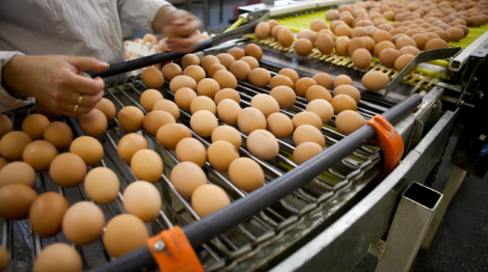 On January 1, 2015, California’s Proposition 2 went into effect. California’s groundbreaking animal welfare law requires producers to provide animals with enough space to lie down, stand up, fully extend their limbs, and turn around freely. Providing animals enough space to engage in natural behaviors may sound like common sense to some. Yet the law and its companion egg regulations were repeatedly challenged in court by industry advocates to no avail.

In 2008, California voters passed Proposition 2 with 64% of the vote.  At the time, the ballot initiative received more votes than any other in American history. Shortly after, the state of California passed the shell egg law, expanding these welfare requirements to all eggs sold, not just raised, in California. Now, all farmers that wish to sell eggs to California are subject to higher welfare standards. The laws are a major victory for Californians and a bellwether for the rest of the country.  Center for Food Safety is an ardent supporter of Proposition 2, and moved to help defend the egg law in court last year.

California’s animal welfare laws reflect a growing concern on the part of consumers about both the welfare of farm animals and the quality of their food purchases. In a 2008 Humane Research Council survey, “a large majority (73%) supported a law requiring that farm animals, including pigs, cows and chickens, are provided with enough space to behave naturally.” An American Humane Association survey revealed that nearly ninety percent of the 2,600 participants were concerned about farm animal welfare and seventy-four percent of participants were willing to spend more for meat, dairy, and eggs that were labeled humanely-raised.

Not only does the law improve the animal welfare standards of millions of animals, it markedly improves the quality and safety of California’s eggs. The space requirements effectively eliminate battery cages from any facility wishing to sell its eggs in California. This will result in significantly less stress and disease for the hens, and also lead to a better final product for consumers. The severely constrained hens in these stacked wire cages are often covered in feces from birds in overhead cages, and are prone to drowning in manure trenches that run under cages and into pipelines. Unsurprisingly, battery cage eggs are 25 times more likely to harbor Salmonella than their cage-free counterparts, and eggs are the leading cause of Salmonella poisoning, infecting 142,000 Americans every year.

Yet despite the popularity of the welfare laws, industry spokespeople are now threatening higher egg prices.  Don’t be fooled by the hype. Egg prices are expected to level in coming months as egg producers retrofit their facilities. As several newspaper editorials have pointed out, had producers begun implementing these consumer demanded changes six years ago when Proposition 2 originally passed, much of this price jump could have been avoided. A University of California-Riverside study estimated that ultimately, the price difference between eggs from caged hens and eggs from cage-free hens would be less than one cent per egg.

And while some producers are griping, many egg ranchers are capitalizing on consumer interest and are going beyond the law by converting to entirely cage-free operations. And increasingly, retailers are also committing to source only cage-free eggs, with Starbucks making the most recent announcement, joining Burger King, Au Bon Pain, Dunkin' Donuts, Aramark and Kraft Foods, which have all made partial or full commitments. California’s new law will ultimately have positive effects across the country.

Proposition 2 is just one step in a long path towards improving conditions for raising poultry and livestock. Under the new law, eggs sold in California will now carry a label, “CA SEFS Compliant.” This means that the facility they came from allows its hens a more appropriate amount of space to in which to move around. CFS will continue to push for even higher animal welfare standards, including regular access to pasture. We continually seek to improve our food system, one step at a time.

Since Proposition 2’s passage, Ohio, Oregon, Michigan and Washington have passed similar laws and others are expected to follow. The goal, however, must be a system that values animal welfare and consumer well-being at every level, from feed and pasture, to quality and safety.