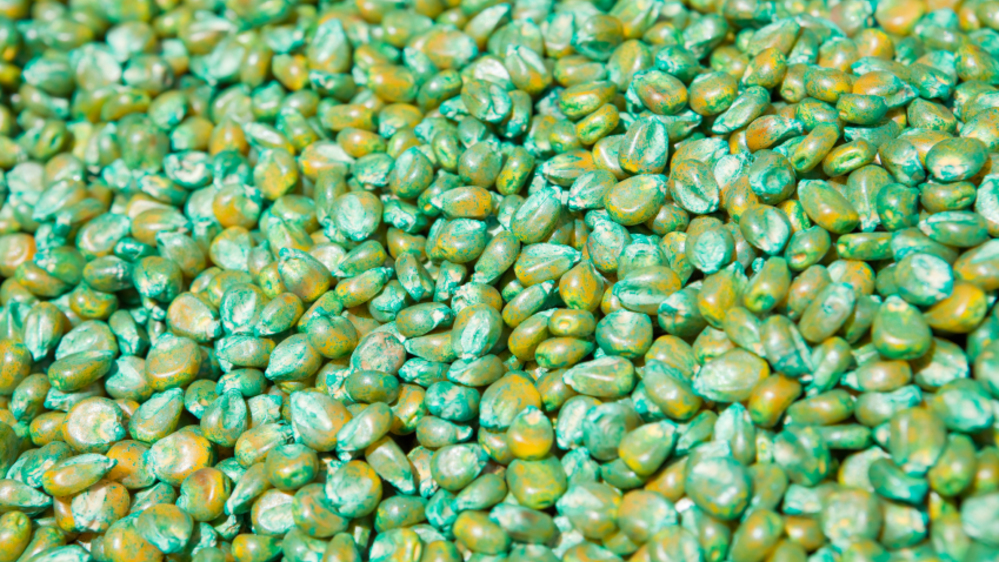 May 4, 2015 (Washington, DC)—Center for Food Safety today challenged a U.S. Department of Agriculture (USDA) letter countering the U.S. Environmental Protection Agency’s (EPA) October, 2014 findings that neonicotinoid insecticides "provide negligible overall benefits to soybean production in most situations" and that most of the existing use on soybean seeds is merely “prophylactic.” The USDA letter failed to provide any substantive economic or scientific evidence that EPA’s conclusions were wrong. Scientists worldwide have increasingly linked widespread uses of neonicotinoids, largely as seed coatings on soybeans and corn, to bee declines and poor health in a variety of pollinator species and other beneficial insects.

“USDA’s comments read very clearly as if they were written by pesticide lobbyists,” said Peter Jenkins, attorney with Center for Food Safety.  “Rather than cite evidence, they rely on faulty assumptions that ignore market realities driving the billion dollar sales of neonicotinoid coated seeds.”

USDA’s letter did not address the 10 peer-reviewed journal articles and the numerous other reliable reports that formed the basis for EPA’s assessment that neonicotinoid-coated soybeans do not provide any significant economic benefits for farmers.  Further, USDA ignores a vast number of recent peer-reviewed studies and major scientific reports that have thoroughly documented the environmental harms of neonicotinoid seed coating to bees, other beneficial insects, aquatic species and birds.

The USDA letter fundamentally argues that because there are hundreds of millions of dollars’ worth of neonicotinoid-coated soybeans sold each year, the technology must therefore be efficient for farmers. However, gross assumptions are not a substitute for rigorous analysis. Further, USDA ignores the real market forces that drive use of coated seeds, including:

More on these forces found here.

“USDA’s letter ignores standard practice in science by not citing any published data to support its arguments and merely speculates without any recourse to the science. The agency also ignores research that shows that neonicotinoid seed coatings harm helpful insects that reduce pest damage, which means that using neonicotinoids may actually be counterproductive in some cases, and actually reduce yields,” said Dr. Doug Gurian-Sherman, senior scientist and director of sustainable agricultural at Center for Food Safety.

USDA’s comments are consistent with the disturbing pattern of ignoring the harms of agricultural technologies and suppressing scientists within the agency who speak out about those harms. These points were well-documented in a recent Petition to USDA Agricultural Research Service filed by Public Employees for Environmental Responsibility.