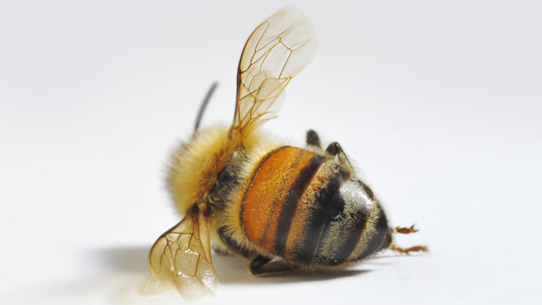 While the U.S. has thus far avoided taking meaningful action to protect honey bees and other pollinators, the international community is more proactive—with numerous countries imposing suspensions and restrictions on uses of neonicotinoids. In January 2014, the European Union enacted a 2 year moratorium on certain uses of these chemicals, after independent scientists and the European Food Safety Authority expressed serious concerns about the unacceptable hazards that neonicotinoids pose to bees.

Today, rather than following the lead of the EU and other countries in taking swift action to protect pollinators, the EPA is reportedly working with pesticide and agricultural equipment manufacturers to implement best management practices (BMPs), labeling changes and planting equipment updates. Updating product labels for pesticides containing neonicotinoids is inadequate to prevent excessive damage to non-target species, and BMPs are not enforceable and therefore not effective in significantly reducing contamination from these chemicals.

EPA is currently working on reviewing the registrations of certain neonicotinoids, which is not set to conclude until 2018-2019. Pollinators and other critical species cannot wait several more years for these reviews to be completed—strong action was needed years ago.

In June 2014, President Obama released a presidential memorandum calling for the establishment of a pollinator heath task force after identifying pollinator decline as a threat to the sustainability of our food production systems, our agricultural economy, and the health of the environment. Although moving in the right direction, the White House has yet to take any strong or meaningful actions in protecting pollinators from bee-toxic pesticides.