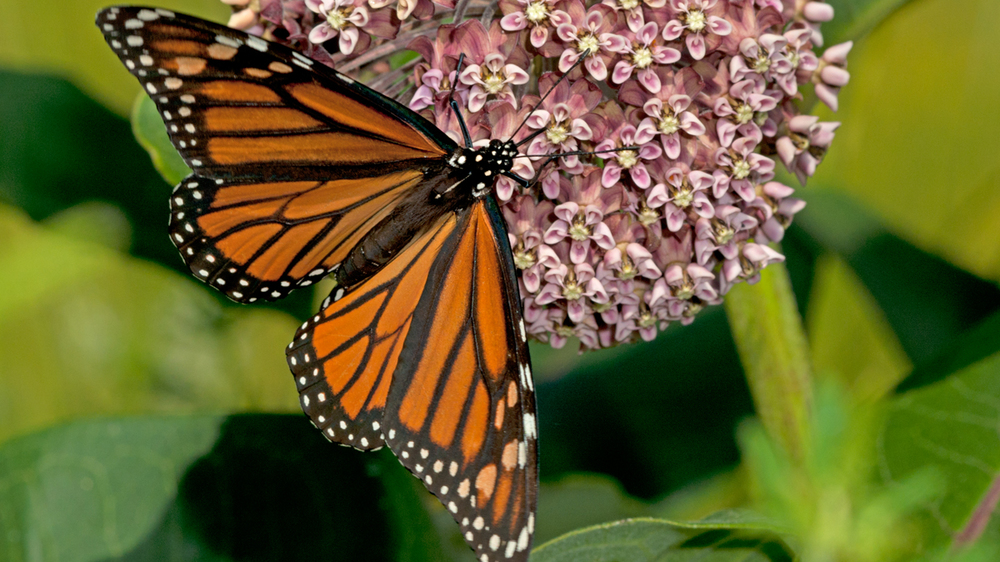 Today is Endangered Species Day – a day when the U.S. Fish and Wildlife Service (FWS) and other government agencies “recognize the national conservation effort to protect our nation's endangered species and their habitats.”

This year, we’re calling on the FWS to honor their commitment and recognize the urgent need to protect the monarch butterfly under the Endangered Species Act – something Center for Food Safety has been urging for more than a year.  If you haven’t been following the developments with this issue, here’s a quick recap:

Why does the monarch butterfly need protection under the Endangered Species Act? Unfortunately, the threats monarch butterflies face are so large in scale that their population declined by 90 percent in twenty years.  Even though monarch numbers were slightly up this past year due to favorable weather conditions, their long-term outlook remains bleak. Analysis of the past 22 years of population data shows a statistically significant trend: Monarchs are declining by 9 percent per year on average, and the four years with the fewest monarchs ever recorded have all come since 2010. Monarchs require a much larger population to be resilient to severe weather events and other threats. A single winter storm in the Mexican overwintering grounds killed an estimated 500 million monarchs in 2002 – more than three times the size of the entire current population.  A severe storm in early March of this year has killed millions of monarchs, though its full impacts have not yet been determined.

What has caused such a dramatic decline in monarchs? One of the major threats pushing monarchs toward extinction is the widespread planting of genetically engineered crops in the Midwest, where most monarchs are born. The vast majority of genetically engineered crops are made to be resistant to Monsanto’s Roundup herbicide, which is a potent killer of milkweed, the monarch caterpillar’s only food source. The dramatic surge in Roundup use and “Roundup Ready” crops has virtually wiped out milkweed plants in Midwestern corn and soybean fields. It is estimated that in the past 20 years these once-common butterflies may have lost more than 165 million acres of habitat — an area about the size of Texas — including nearly a third of their summer breeding grounds. Studies also show that monarchs lay nearly four times more eggs per plant on milkweed growing in cropland than in other areas, making its loss even more harmful to monarchs. Monarchs are also threatened by global climate change, drought and heat waves, other pesticides, disease and predation, urban sprawl and logging on their Mexican wintering grounds.

How will Endangered Species Act protection help monarchs? Listing monarch butterflies under the Endangered Species Act would create mandatory national protections for the butterflies and their habitat. It would create a federal recovery plan involving key government agencies and scientists, restore monarch habitat, and raise awareness about the monarch’s plight. Listing monarchs would also make it illegal to intentionally kill the butterflies or modify their habitat without an incidental take permit.

How can individuals help monarchs? People can help monarchs by planting milkweed species native to the region where they live that haven’t been treated with pesticides. People can also help monarchs by not using pesticides on their lawns and gardens. It also helps monarchs when consumers choose foods, especially those containing corn and soy, which are organic and therefore have not been genetically engineered. Increased use of weed-killing pesticides on genetically engineered corn and soybeans is a primary factor driving monarch decline. You can also encourage the FWS to protect monarchs under the Endangered Species Act here >>

This Endangered Species Day, we’re reminding the FWS that the time to act is now. So far, efforts to increase monarch habitat have restored only a tiny fraction of the milkweeds lost over the past two decades. In order to truly protect the monarch butterfly and its rapidly shrinking habitat, monarchs must be granted protection under the Endangered Species Act.