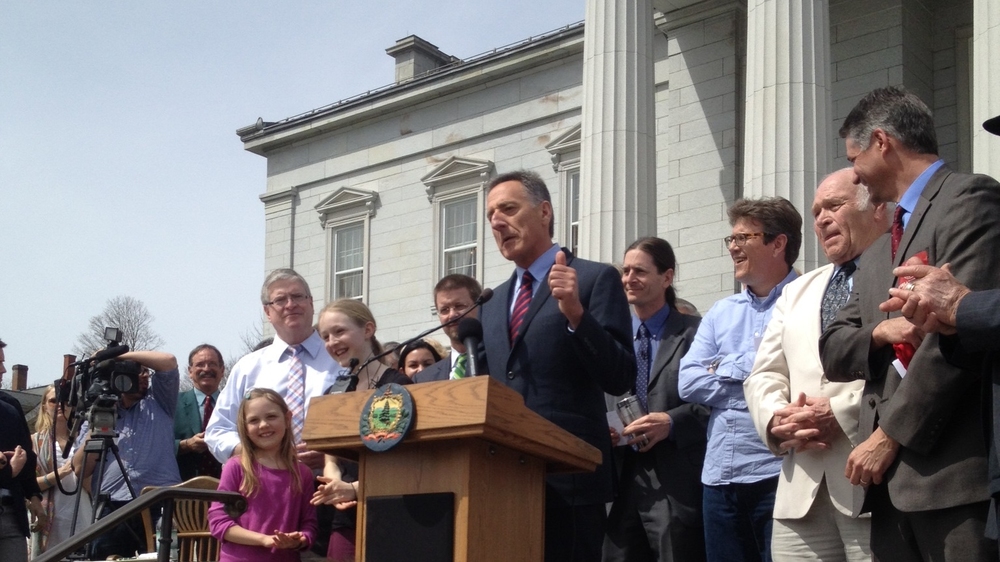 August 31, 2015 (Washington, DC)—Center for Food Safety today submitted a legal filing to the U.S. Court of Appeals for the Second Circuit, in support of Vermont’s genetically engineered (GE) food labeling law, Act 120. The CFS brief was filed on behalf of a broad-based coalition, including five expert Ph.D. scientists, two farming organizations, and environmental groups CFS and the Sierra Club. Signed into law in May 2014, Act 120 was challenged in court just one month later by Big Food and Agriculture interests represented by the Grocery Manufacturers Association (GMA). In April 2015, the Federal District Court of Vermont rejected GMA’s claims, and upheld Vermont’s law as constitutional. GMA appealed the decision and the case, the first regarding whether States can require the labeling of GE food, is now before the Second Circuit.

“This case is important for all Americans and for the future of our food. We continue to stand with the people of Vermont, and do everything we can to defend Act 120,” said George Kimbrell, senior attorney at Center for Food Safety. “Americans have the right to know if their food is genetically engineered, just like the people of 64 other countries. Despite their claims, Monsanto and GMA have no ‘right’ to keep our families in the dark about the same information they already provide around the world.”

The brief forcefully argues that GE food labeling plainly serves the interests of the State and the People of Vermont. Act 120’s purposes are: (1) to reduce consumer confusion and deception regarding which foods are genetically engineered and which are not; and (2) to allow consumers to make purchasing decisions in light of the public health concerns and unknowns regarding engineered foods as well as the substantial adverse environmental and agronomic impacts caused by their production. State labeling laws such as Act 120 are constitutional under freedom of speech principles because they simply require companies to disclose factual information about their products. The brief notes that because our federal government has thus far failed to act, states have stepped into the breach, following the venerable “states-as-laboratories” tradition of American federalism.

The biotech industry often tries to paint supporters of GE labeling as unscientific, but prominent scientists weighed in to confirm for the Court that Vermont’s disclosure requirements are well-grounded in science. “Genetic engineering is fundamentally different than traditional plant breeding, and it is misleading for the biotech industry to claim otherwise,” stated Dr. Ramon J. Seidler, Ph.D, former head of the Environmental Protection Agency’s Genetically Engineered Organism Biosafety Program. “It is a novel technology with no history of safe use, and there is no scientific consensus on the safety of GE foods. There is substantial evidence of the environmental degradation that GE crop production causes, particularly when it comes to dramatic increases in pesticide use, since the vast majority of GE crops are engineered to be resistant to or produce pesticides.”

GMA also tries to paint labeling as anti-farmer, but leading farmer organizations wrote to the Court in strong support. “Genetically engineered crops have padded the biotech industry’s pockets for decades, but there is no evidence they have increased farmers' yields or profits, and their planting binds farmers to GE seed companies with onerous patents and contracts,” said Kathy Ozer, executive director of the National Family Farm Coalition. “Many U.S. farmers support GE labeling because they respect consumers' right to know what is in their food and how it is grown and processed.”

The Vermont law is scheduled to take effect in July 2016. Two other states, Connecticut and Maine, passed GE food labeling laws with effective dates contingent on other states passing similar legislation. There are currently 64 countries with labeling laws and 70 state bills were introduced in 2013-2014, in 30 different states.

CFS has litigated in support of the State and defending Act 120 since June 2014 (see for example, here and here). Prior to that, CFS advised the State and Vermont groups on the crafting of the legislation for several years leading up to the law’s passage last spring. More broadly, CFS has led U.S. public interest efforts to secure the labeling of GE foods for nearly two decades, across the country. In 2012-2014, CFS co-authored GE labeling ballot initiatives in California, Washington, and Oregon, which all narrowly lost. 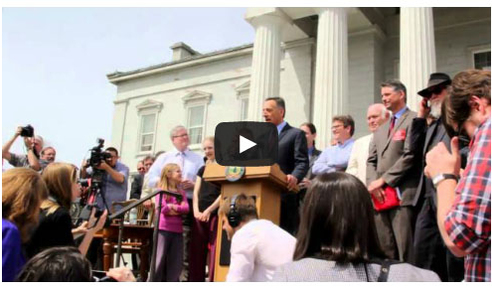 Every day, millions of Americans consume GE foods without their knowledge or consent…Read More