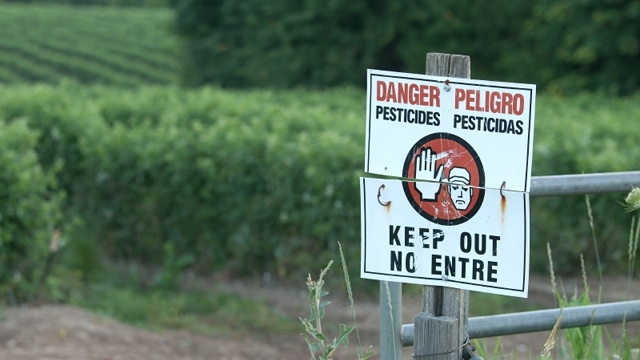 “Today this fight continues, as we appeal this decision,” said George Kimbrell, senior attorney for Center for Food Safety. “We stand with the people of Kaua‘i. Contrary to the court’s unfortunate decision, they do have the authority to protect themselves from multinational corporations taking advantage of their resources and threatening their health and safety.”

Paul Achitoff, attorney with Earthjustice, commented: “As long as the State of Hawai‘i continues to sit on its hands while companies spray Kaua‘i’s residents with toxic chemicals, the county government will be forced to take the lead.  It is their right and their kuleana.”

On August 25th, United States Magistrate Judge Barry Kurren ruled that Kaua‘i County Ordinance 960 is prohibited by state law. The groups appealing today were permitted to intervene as of right in the lawsuit against Kaua‘i County, and have since defended the ordinance in court.

The lawsuit against Kaua‘i County was brought by DuPont’s Pioneer Hi-Bred International, Inc., Syngenta Seeds, Agrigenetics, Inc, (owned by Dow Chemical), and BASF Plant Sciences LP in the U.S. District Court for the district of Hawai‘i.

In his order, Magistrate Judge Kurren concluded that, although the Hawai‘i state laws on pesticides and agriculture do not contain any provisions that actually conflict with the Kaua‘i ordinance’s requirements, or even mention them, the state laws imply that the Hawai‘i legislature intended that only the state government has authority to regulate the areas that Ordinance 960 governed. The court also ruled that federal laws do not preempt the ordinance, leaving open the opportunity for the State to amend its laws to protect its residents without potentially conflicting with federal law.