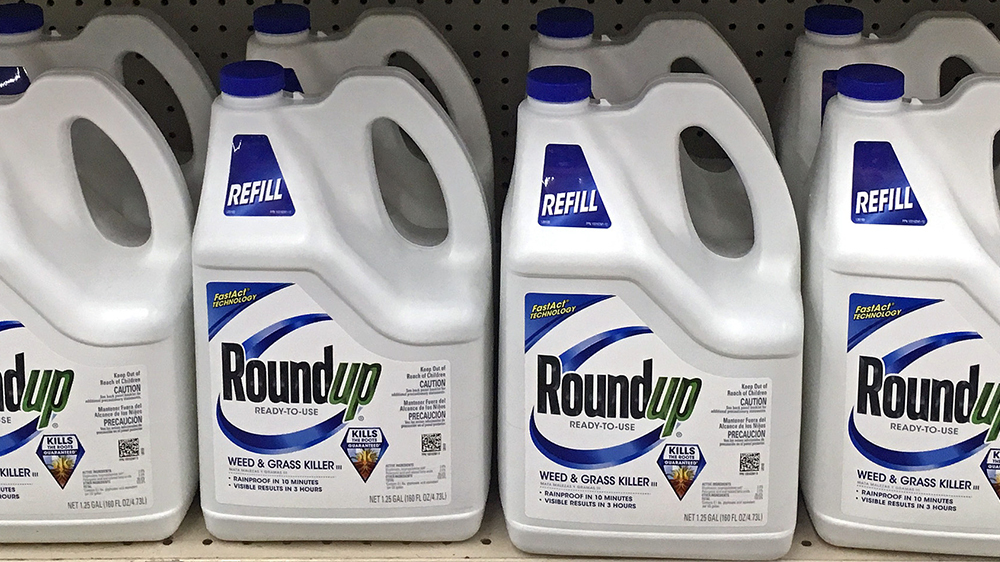 "EPA failed the public and especially those who labor daily to put food on America's tables when it made this glyphosate approval decision in complete disregard of the strong evidence linking glyphosate to non-Hodgkin lymphoma," said Amy van Saun, senior attorney for Center for Food Safety and counsel in the case. "EPA's duty is to protect the environment and the public, not provide cover for Monsanto."

The filing included a newly unearthed document, previously buried by EPA: A 2016 EPA staff report that concluded there was a link between cancer and glyphosate exposure. EPA publicly came to the opposite conclusion, without explaining why it disregarded this report by its own Office of Research and Development.

"Those who handle and spray glyphosate products like Roundup have higher exposures and are especially vulnerable to its harmful effects, particularly cancer," said Bill Freese, science director at the Center for Food Safety. "EPA needs to significantly strengthen its regulatory process to keep or take hazardous pesticides off the market, and otherwise ensure worker safety."

In an "interim registration review" decision issued in January 2020, EPA finalized its human health and ecological risk assessments and adopted "mitigation measures" in the form of label changes. CFS and allies, including farm worker organizations, filed a lawsuit challenging this interim registration in the Ninth Circuit of Appeals in March 2020, incorporating volumes of evidence showing how EPA ignored glyphosate's health risks, including cancer risks, to farmworkers and farmers exposed during spraying.

"EPA has failed to fully analyze the human health impacts of glyphosate, particularly with regard to the actual exposure farmworkers are subjected to in their workplaces," said Lorette Picciano, executive director at Rural Coalition. "We continue to hear not only of cancers, but also of increased incidence of autoimmune conditions and pregnancy loss. We call upon EPA to do its job to protect human health and to keep toxic chemicals out of our ecosystem."

The final papers detail how EPA unlawfully concluded there is no cancer risk from glyphosate, despite major gaps in its review, including coming to "no conclusion" as to non-Hodgkin lymphoma, the most well-known cancer linked to glyphosate. EPA also failed to do any assessment of how much glyphosate gets into a user's bloodstream after skin contact, a major route of occupational exposure. Critically, EPA failed to test any of the glyphosate product formulations, which contain ingredients beyond just the active ingredient (glyphosate) and can increase the harmful effects of pesticide exposure.  Finally, because EPA continued to the use of glyphosate with minor, unsubstantiated label changes, it needed to consider the impacts to imperiled species and do more to protect them from glyphosate.

"Farmworkers make a living harvesting our food, while being exposed toxic pesticides and risking their health in the process," said Jeannie Economos, Pesticide Safety and Environmental Health Project Coordinator at the Farmworker Association of Florida. "The science on glyphosate is clear. What is not so clear is why EPA is refusing to do its job—protecting farmworker and human health and the environment. Farmworkers deserve better. Our message to EPA is loud and clear: Ban glyphosate, now!"

Previously, in response to the groups' lawsuit, in May 2021 EPA effectively admitted grave errors in its interim registration and asked the court for permission to re-do the agency's faulty ecological, cost-benefit, and Endangered Species Act assessments. However, the agency stated that Roundup should nonetheless stay on the market in the interim—without any deadline for a new decision. The court initially rejected the motion for voluntary remand, saving a future decision for the three-judge panel that will also consider the merits of the claims.

Roundup continues to make headlines: Last month, Bayer announced it will end the sales of its glyphosate-based herbicides (including Roundup) in the U.S. residential lawn and garden market in 2023 in order to "manage litigation risk and not because of any safety concerns." In California, jury trials continue to be held. In May, a California district judge denied Monsanto/Bayer's proposed settlement plan that would set up a compensation fund to settle future Roundup cancer lawsuits, stating that it would not adequately serve those who are yet to be diagnosed. The courts recently affirmed a judgment against Monsanto for cancer from Roundup in Hardeman v. Monsanto—one of the first in a series of high-profile consumer lawsuits filed against Monsanto-Bayer—and in the third appeal of such a claim in Pilliod v. Monsanto. Bayer has announced it will be seeking a Supreme Court review of the Hardeman case. CFS contributed a friend of the court brief in the appeal in defense of Mr. Edwin Hardeman, a Roundup cancer victim.

Represented by Center for Food Safety, the petitioners in the lawsuit include the Rural Coalition, Farmworker Association of Florida, Organización en California de Lideres Campesinas, and Beyond Pesticides. A consolidated case is led by Natural Resources Defense Council and includes Pesticide Action Network. The cases are now projected for oral argument in December with a decision sometimes after. 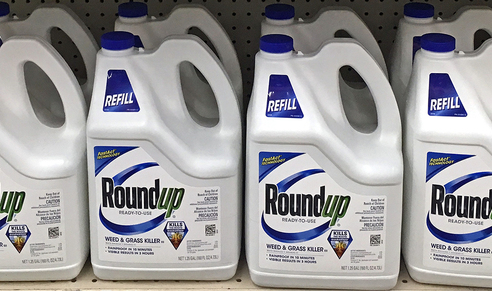 Biden EPA Reveals Prior Approval of Monsanto's Roundup Failed to Account for Risks to Monarch Butterflies and Other Endangered Species, Drift Harm to Farmers