Protecting Public Health, One Case at a Time 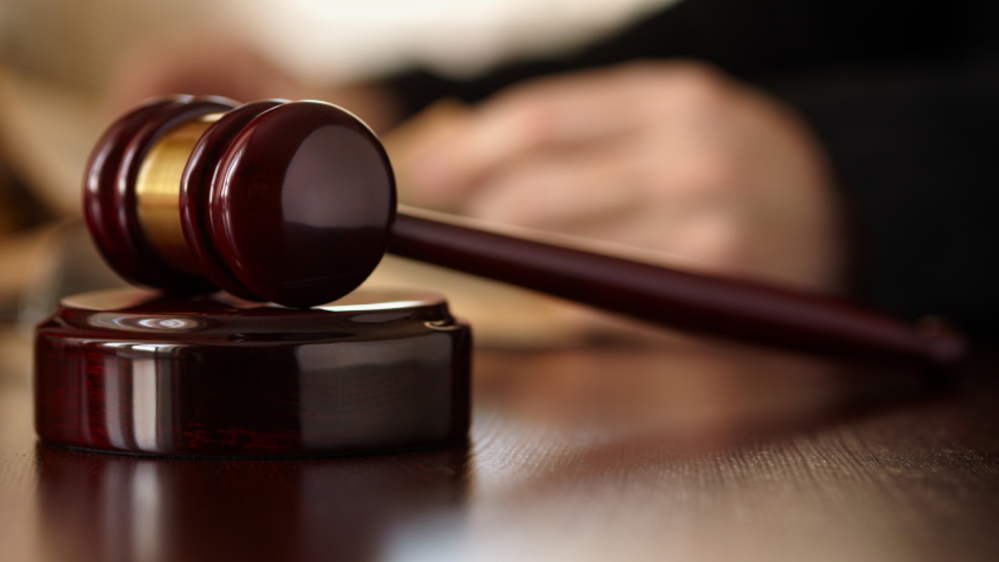 At Center for Food Safety, our mission is to protect the public health and environment from the harmful impacts of the current industrial food system, and instead nurture a sustainable food future.  Thus we define “food safety” broadly and holistically, meaning food that is not just safe to eat, but also, among other things, environmentally sustainable, biologically diverse, family-scale, local, climate friendly, socially just, humane, nutritious, transparent, and properly labeled.  For us, the vital U.S. Department of Agriculture (USDA) organic standard should be the floor, not the ceiling.

To do this, CFS’s programs issue groundbreaking scientific and policy reports, books, videos, and other educational materials; undertake grass roots campaigns that create market pressure; and work closely with citizens, officials, stakeholders, and policymakers at all levels of governance, whether local, state, or federal.  Finally, when all else fails, CFS will take legal action in order to achieve its goals.  Often times these legal actions take the form of “stopping the bleeding” from harmful food production practices or lack of adequate oversight.  These are stopgap improvements necessary to simultaneously “shift the consciousness” towards a more sustainable food system.

This past week was no exception: several CFS legal, actions guided by our vision of food safety, held our regulating agencies’ feet to the fire, ensuring their accountability and protecting the public health.

First, we brought our Food Safety Modernization Act (FSMA) case – which we have written about before – to a successful conclusion.  Congress passed FSMA in 2011 to combat the nationwide epidemic of foodborne illnesses affecting 1 in 6 Americans annually.  In the last few years, it seems like almost every week there is a new foodborne illness outbreak making headlines.  Listeria in imported cheese and cantaloupe.  Salmonella in peanut butter, imported papayas, dog food, and mangoes.  E. coli in lettuce and spinach.  And those are just some of the major outbreaks in the past two years.  Those consumers who  recover often suffer severe longâ€‘term effects, such as kidney failure, chronic arthritis, and brain and nerve damage.  The annual cost to the U.S. economy in medical bills and productivity losses alone is over $77 billion.

Because of these significant harms, Congress ordered the U.S. Food and Drug Administration (FDA) to create new safety standards within 18 months.  Believe it or not, FSMA is the first major U.S. food safety legislation since 1938.  It dramatically updates and improves the U.S. regulatory approach from merely responding to outbreaks to preventing them.  It does this by requiring food facilities to evaluate hazards, implement and monitor effective measures to prevent contamination, and have a plan to take corrective actions.  It also requires FDA to establish science-based standards for safe food production to minimize the risk of serious illnesses or death.

But without its implementing regulations, FSMA was an empty vessel.  So after FDA failed to meet Congress’s deadlines, we sued.  FDA argued that it could take as long as it saw fit to issue the regulations.  Last  year, the court repeatedly rejected that position and ruled  in CFS’s favor, holding that FDA had violated the law.  FDA appealed, but last week, pursuant to a settlement agreement, FDA dropped their appeal and for the first time agreed to firm deadlines to finish the FSMA rules.  A Federal Court will maintain supervision to ensure FDA’s compliance with the agreement.  As a consequence, our food will soon be safer from e. coli and other harms.  And CFS will remain vigilantly committed to ensuring the process’s integrity until its completion.

The very next day after securing that significant victory for public health, CFS went back to Court, filing a new lawsuit against FDA over illegally approved food additives.  This lawsuit is yet another instance of needing to hold FDA accountable for unlawful action that endangers public health.  The short story is this: in the U.S., food additives must undergo premarket reviews by FDA, and are approved or rejected based on scientific evidence. There is an exemption for some food ingredients that are “generally recognized as safe” (GRAS), based on a history of their safe use, like sugar or gelatin.  Food manufacturers can also file a formal petition to FDA requesting that it approve a food additive as “GRAS” based on published studies.

However, way back in 1997, FDA proposed a change to its regulation of food additives: to replace the GRAS petition process with a mere “notification” process.  That is, manufacturers could unilaterally determine if a food additive was GRAS, and then just notify FDA.  Because FDA review under the notification process is so cursory, FDA itself does not confirm whether or not an additive is GRAS.  Instead, it just relies on manufacturers’ assertions about the safety of their own products.  At the time, CFS and others filed objections to the proposed change.

Here’s the catch: even though FDA never officially made the new rule into law, more than 15 years later, it still uses this fast track “notification” process for allowing potentially unsafe food additives into the food supply.  The notification process is the loophole that has swallowed the food additive rule, completely replacing the old petition process.  FDA has never finalized the rule, nor responded to objections that CFS and others made during the comment periods.  Instead, it has just allowed industry to keep operating under the supposedly “interim” notification process.  During that time, over 250 new food additives have entered the food supply based on manufacturer safety claims, without FDA approval.

We are not alone in noticing the irresponsible nature of FDA’s actions.  In 2010, the Government Accountability Office (GAO) issued a report sharply criticizing FDA’s GRAS program.  In 2013, the Journal of the American Medical Association (JAMA) called into question substances granted GRAS status under what it determined was a potentially biased, deficient policy (PDF).  It’s also unlawful: FDA deprived the public of vital due process rights, as well as exposed the public to the commercialization of hundreds of potentially harmful food additive substances, based on manufacturers’ assurances alone.  CFS’s new lawsuit requests that the Court halt this practice.

Keeping our food supply safe and healthy requires an ongoing commitment.  CFS will continue to work to ensure the FSMA rules implement Congress’s intent by protecting consumers from the foodborne illness harms of industrial agriculture, while at the same time ensuring that small farmers are not unnecessarily burdened.  We will continue to fight to improve the regulation, and ensure the safety of any hidden additives in your food.  We will continue to shift our food system paradigm from industrial to sustainable, one campaign and one lawsuit at a time.