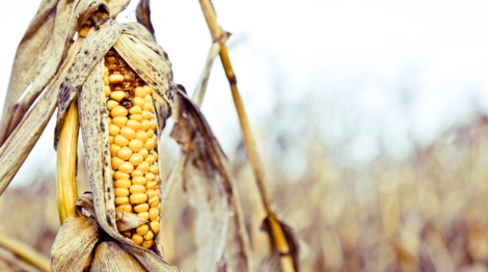 This Monday, the Intergovernmental Panel on Climate Change (IPCC) released its latest report on the worsening climate crisis. In short, we are in serious trouble, and we must act now. So, this Wednesday, Center for Food Safety (CFS) filed a federal lawsuit against the Obama Administration for its failure to require evaluation of climate change impacts.

This latest warning from the scientific community underscores that, as the climate crisis worsens, our society is increasingly more vulnerable to natural disasters—and also increasingly less resilient. Farmers are now more vulnerable to water scarcity and for many, getting water during a drought means drawing down vast underground aquifers at highly unsustainable rates.

Aquifers should be a backup plan, a way to ensure resilience in the face of natural disasters. When they empty, as some likely will do within decades, droughts will cause many farms to fail. Due to the interconnectedness of food markets, impacts from farm failures in one country will ripple around the globe. We are all in this together.

Thankfully, we can still make a difference: Our actions can minimize climate change and promote resilience, making us, and our children, much safer. First, as global citizens, each day is an opportunity to make climate-friendly choices, which collectively have massive, beneficial effects. With this in mind, a recent CFS report identified the connections between climate change and our food, and detailed how climate change will cause widespread food scarcity, economic disruption, and social unrest. The report then compared industrial agriculture with organic systems and explained that organics can actually help reduce climate change by, among other things, sequestering carbon in soils. Each of us can do our part by choosing organic, climate-friendly foods.

Second, we must work together to demand and create government policies that minimize climate change, reduce our vulnerabilities, and promote resilience. At CFS, we have long worked towards these goals. For example, in February 2008, we submitted a legal petition to the Obama Administration’s Council on Environmental Quality (CEQ) asking the agency to act to address climate change. Specifically, the sixty-five-page petition was a legal blueprint for how CEQ could ensure that the government considers climate change impacts before undertaking, approving, or funding large-scale activities (e.g., building or mining projects, or construction of new animal factories). No new legislation was required; instead, CEQ simply had to apply a law it is already entrusted with implementing—the National Environmental Policy Act (NEPA), which is America’s national charter for the environment.

In February 2010, CEQ issued a “draft guidance” document on climate change. And in January 2014, President Obama declared in his State of the Union Address, “Climate change is a fact. And when our children’s children look us in the eye and ask if we did all we could to leave them a safer, more stable world . . . I want us to be able to say yes, we did.”

However, despite President Obama’s stated convictions, four more years have passed since CEQ issued that draft guidance, which appears to have gone into a black hole: CEQ still has not finalized the guidance or otherwise addressed climate change. In the meantime, America routinely suffers billion-dollar, climate-related disasters—from Hurricane Sandy to historic flash flooding and unprecedented droughts.

Talk is cheap, and time is short. Action and leadership are needed. So two days ago CFS filed a federal lawsuit demanding that the Obama Administration answer our petition, which will entail either granting our request and addressing climate change, or trying to explain why this issue still is not serious enough to merit government action.

Given President Obama’s brave talk, we expect and hope that our lawsuit will prompt the Obama Administration to substantively address climate change, and to do so immediately, while we still have time to avert the most disastrous consequences. It is not too late for this administration—and all of us—to make a difference, but we cannot afford more delay. The time to act is now.