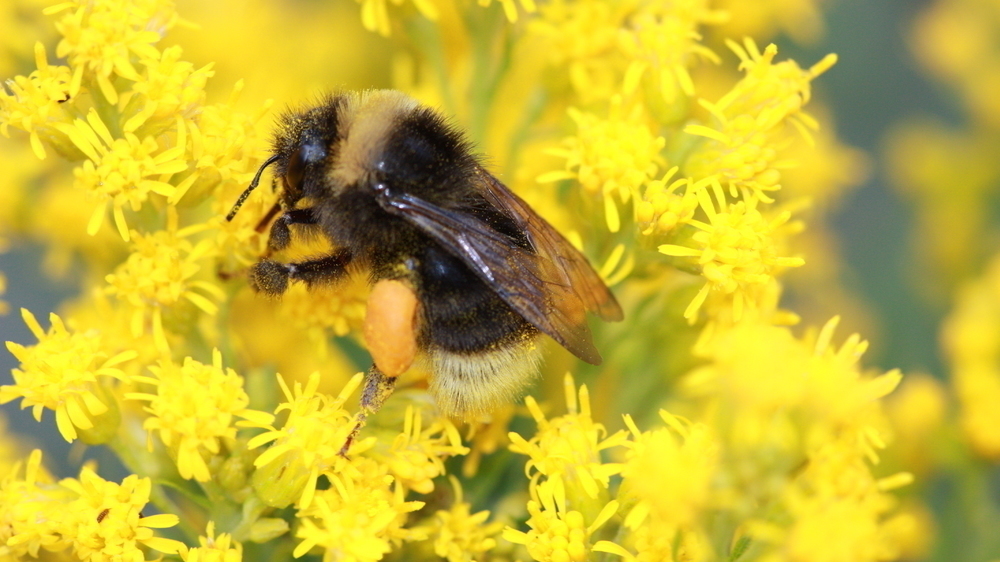 SACRAMENTO, Calif.—On Thursday, July 7, 2022, a consortium of agricultural and pesticide interests filed a petition for review with the California Supreme Court seeking to appeal a recent unanimous ruling by California's Third District Court of Appeal that determined that four species of imperiled native bumble bees are eligible for protection under the California Endangered Species Act (CESA).

This case follows a petition that the Xerces Society, Defenders of Wildlife, and Center for Food Safety submitted in 2018 to protect four species of bumble bees that are at risk of extinction. As a result of the groups' petition, the California Fish and Game Commission (the Commission) voted to begin the listing process in 2019, but was sued by a consortium of California's large-scale agricultural and pesticide interests shortly after its decision.

The agricultural and pesticide consortium argued that insects, such as the four bumble bee species, may not be listed for protection under CESA. In November 2020, the trial court sided with the consortium. In February 2021, the conservation groups, represented by the Stanford Environmental Law Clinic, and the Commission and the California Department of Fish and Wildlife appealed. In May 2022, the Third District Court of Appeal ruled unanimously in favor of the State of California and conservation groups, holding that bees and other insects can be protected under CESA.

Invertebrates are protected under California's legal definition of fish

The Court of Appeal correctly concluded that, in enacting and amending CESA and its related statute starting more than 50 years ago, the California Legislature protected every "native species or subspecies of a bird, mammal, fish, amphibian, reptile, or plant" threatened with extinction. And the Legislature defined the word "fish" broadly to include any "wild fish, mollusk, crustacean, invertebrate, amphibian, or part, spawn, or ovum of any of those animals." Since insects are unquestionably a type of "invertebrate," they fall under California's legal definition of "fish" and thus, may be listed for protection under CESA.

Other invertebrates such as the trinity bristle snail, which lives its life entirely on land, have long been protected as "fish" under California's Endangered Species Act. The Court of Appeal also rightly concluded that many other factors support this interpretation, including CESA's legislative history, CESA's protective purpose, prior court decisions and rules of statutory construction.

This case has shone a spotlight on the Legislature's intentional decision to fully protect California's imperiled wildlife. Josh Golke of the Sacramento Bee wrote: "But it's not the ruling that's absurd so much as the case itself. The dispute concerns the California Fish and Game Commission's 2018 decision to consider protecting four dwindling bumblebee species under the state's Endangered Species Act. A group of agricultural and pesticide interests sued to prevent the commission from doing so, pointing out that protecting the pollinators might force them to, you know, try not to kill so many of them."

As Golke observes, "the proposition that a group of species on which so much other life depends should be arbitrarily excluded from protection is the fishiest argument here."

Bees are essential players in California's agricultural and native ecosystems

Native bumble bees are essential to the resilience of both agriculture and native ecosystems, and the loss of these and other native pollinators can have far ranging ecological consequences. Research by the Xerces Society and the International Union for Conservation of Nature (IUCN) Bumble Bee Specialist Group indicates that more than one quarter (28%) of all North American bumble bees are at risk of extinction.

Insects make up more than 90% of all animals. Most plants rely upon insects—often bees—for pollination, producing the fruits and seeds that feed songbirds and many small mammals. California cannot maintain its exceptional biodiversity or sustain its agricultural system without protecting its native pollinators. Insects are also food for many fish and 96% of birds eat insects or feed them to their young. Protecting at-risk insect species in California will help ensure that insects can continue to provide these vital ecosystem services.

While voluntary conservation measures can play a role in supporting native pollinators and other insects, these four species of bumble bees have declined to such an extent that more is needed to protect their remaining habitats. The legal protections that come with listing under CESA are critical for incentivizing stakeholders to develop and implement conservation measures to ensure that these bumble bees do not go extinct in California.