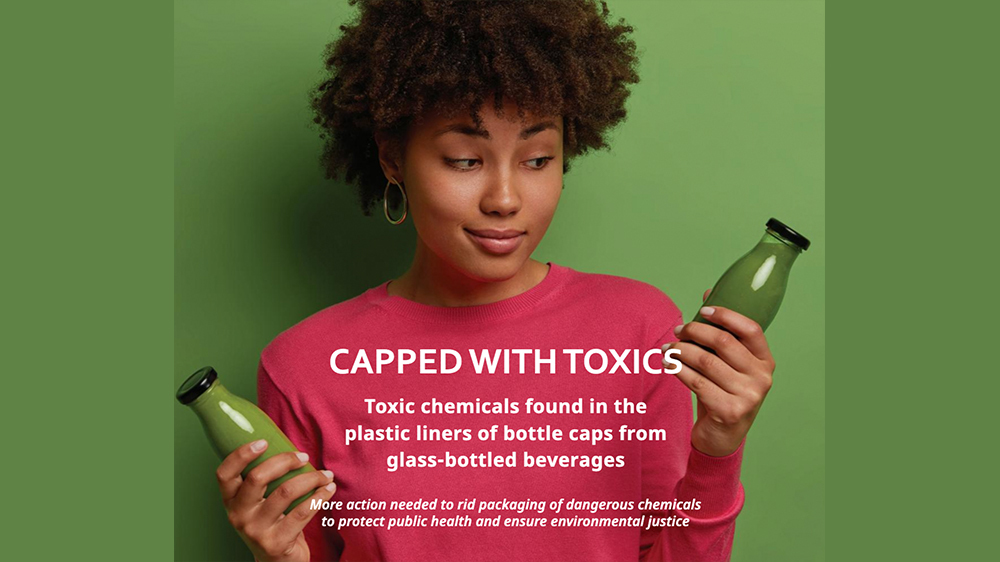 "No bottled beverage should be capped with toxic plastic chemicals," said Brandon Moore, National Campaign Director at Defend Our Health. "Beverage packaging is a matter of both environmental justice and environmental health. We applaud market leaders like Brew Dr Kombucha for switching to phthalate-free bottle caps with safer plastic liners, which are widely available. Now it's time for market laggards like Martinelli's to end its use of toxic bottle caps on its sparkling beverages."

Studies have shown that phthalates can migrate from the plastic cap liners into food and beverages that are packed in glass. The chemicals may also leave a residue on the rim of the bottle, which can be consumed. And when discarded, the bottle caps can also pollute the environment.

Dr. Leo Trasande, pediatrics professor and research scientist at New York University Langone Health stated: "It's unfortunate to see a nongovernmental organization do what most consumers see as the FDA's job. The health implications of phthalate exposures run across the life course, including obesity, diabetes and heart disease, with economic costs that drain our productivity. There are safer alternatives to these chemicals, and this report should spur efforts to mitigate this among other sources of environmental health disparities."

However, other beverage brands remain market laggards. For example, testing of the crown caps from four varieties of Martinelli's sparkling apple and grape juice revealed the presence of phthalates in the plastic liners. The company has not responded to repeated offers of technical assistance and dialogue.

"Martinelli's is a trusted brand, but finding harmful chemicals in their bottle caps is concerning and needs to be addressed," said José Bravo, National Campaign Coordinator for the Campaign for Healthier Solutions (CHS), a group of over 200 health, science-based and environmental justice organizations focused on getting toxic chemicals out of products sold at dollar stores. "This should be an easy fix because there are many suppliers of non-toxic bottle caps."

"Our lab testing identified the type of plastic in each cap gasket and the presence of chemical additives such as phthalates," said Gillian Z. Miller, PhD, Senior Scientist with the Ecology Center in Ann Arbor, Michigan. "We corroborated the results with third-party laboratory testing using certified methods."

Of the beverages tested, the types that most frequently contained phthalates in the bottle cap liners were soda (52% of brands tested), kombucha (40%) and ready-to-drink coffee (38%). For certified organic beverages, 41% of brands had toxic bottle caps. In good news, the "Capped With Toxics" report found that more than one-third of the brands tested had bottle cap liners that were phthalate-free, and were not made of PVC (vinyl), often called the 'poison plastic' due to toxic hazards created across its lifecycle.

"Phthalates should not be allowed in any foods, much less organic foods," said Jaydee Hanson, Policy Director at Center for Food Safety. "We are disappointed that some organic products had bottle caps with orthophthalates. We wish all companies would follow the example of General Mills which eliminated phthalates from one of its organic producers—Annie's—and plans to eliminate these chemicals from all its food products. The National Organic Program of the USDA has dragged its feet on requiring organics to be phthalate-free." 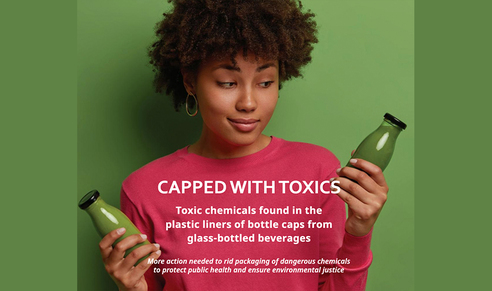 Capped with Toxcis: Toxic Chemicals Found in the Plastic Liners of Bottle Caps from Glass-Bottled Beverages