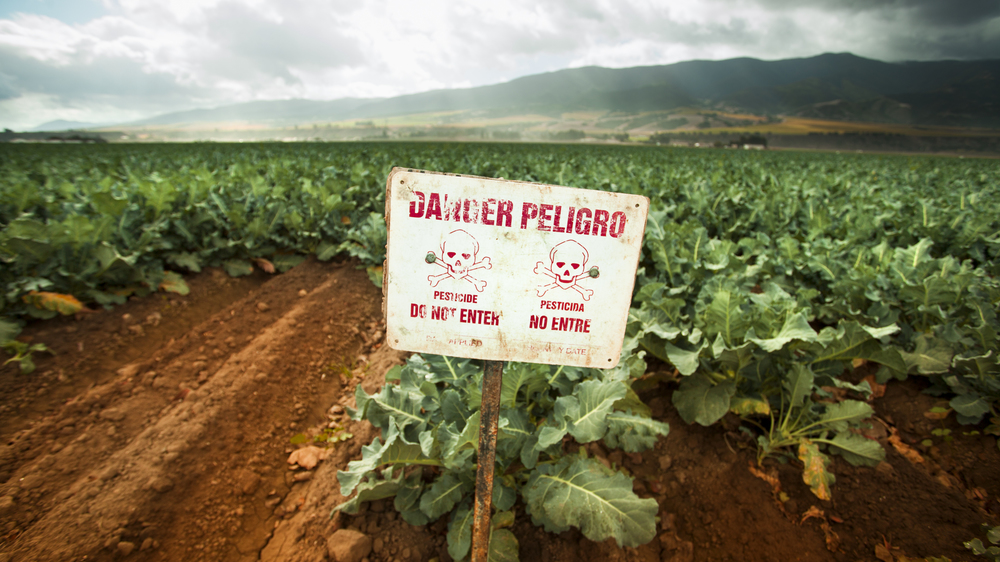 HONOLULU—The United States Court of Appeals for the Ninth Circuit heard oral arguments today concerning whether federal and Hawai‘i state laws preempt local authority to regulate genetically engineered (GE) crops and pesticide use. The appeals stem from local ordinances concerning GE crop cultivation and testing, and pesticide use in the counties of Kaua‘i, Hawai‘i, and Maui. The appellate court’s decisions will set the precedent for similar local efforts across the country, including existing ordinances banning GE crop cultivation in California, Oregon, and Washington.

“The people of Kaua‘i, Maui, and Hawai‘i have spoken out against the multinational agrochemicals companies’ toxic operations in their backyards,” says Andrew Kimbrell, Center for Food Safety Attorney and Executive Director. “The Court’s decisions in these cases will determine how the people of Hawai‘i can exercise their constitutional right to protect the islands’ unique environment. It will have far-reaching implications for local communities throughout United States that are at risk of pesticide exposure from the testing and use of these pesticide-promoting GE crops.”

CFS and Earthjustice both delivered oral arguments in defense of Hawai‘i County’s Ordinance 12-131, as legal counsel for the County, while Earthjustice delivered oral arguments in defense of Kaua‘i County’s Ordinance 960, on behalf of a coalition of community members and environmental organizations. Earthjustice also presented arguments appealing the district court’s refusal to allow community members to intervene in the Maui County litigation as a full party, to defend Maui’s GE Moratorium.

Earthjustice attorney Paul Achitoff commented, “We firmly believe the counties have the legal right to protect their communities and environment from being converted into pesticide-intensive open-air laboratories and production centers to serve the interests of multinational agrochemical companies, particularly where the State of Hawai‘i and federal agencies have done next to nothing to protect them. We’re hopeful the Court of Appeals agrees.”

Agrochemical giants including Monsanto, Dow, Bayer, Syngenta, Dupont Pioneer, and BASF use Hawai‘i as breeding ground for testing and growing GE seeds for commercial cultivation elsewhere. The majority of these crops tested and cultivated are “pesticide-promoting” because they are designed to withstand the agrochemical companies’ companion pesticides. As the cultivation and testing of GE crops rely heavily on the input of toxic pesticides and other chemical inputs, local communities have grown more and more concerned about the negative human health impacts and environmental contamination associated with the industry.

Over the past four years, citizens in Kaua‘i, Hawai‘i, and Maui Counties have successfully enacted local regulations to increase transparency and help prevent the negative environmental and human health impacts from the presence of the pesticide-promoting experimental GE seed industry.

Native Hawaiian mother and community leader Mercy Ritte is a member of the MOM Hui, one of the groups that helped pass Maui County’s moratorium and attempted to intervene in the case to defend the ordinance. She says, “As a mother and member of our small rural community on the island of Moloka‘i, I share the concern of many residents about the health impacts of pesticide-promoting GE test operations. Hawai‘i’s people have sent a strong message to the agrochemical industry and the government by passing these unprecedented laws, and our concerns are not going away. We need these protections.”

The agrochemical industry and aligned trade associations filed suits in federal court challenging each of the ordinances. The federal district court in Honolulu subsequently invalidated the ordinances, holding that Hawai‘i’s state pesticide laws and various plant-related statutes preempted county regulation over pesticides and GE crops, and that the federal Plant Protection Act preempted local regulation over the cultivation and field testing of GE crops. While court proceedings have been underway since 2014, Hawai‘i residents are left without the vital protections they need from this pesticide-intensive industry.

Nancy Redfeather, an organic farmer on Hawai‘i Island and declarant in the Hawai‘i County case says, “Transgenic contamination and pesticide drift are serious concerns for local farmers, especially for organic farmers. Local governments should have the right to regulate agriculture and protect their unique environments, and I hope the court sides with the democratic will of the people of Hawai‘i by upholding these ordinances.”

A government-sponsored joint fact-finding group’s report, released in May 2016, confirmed the significant risks to local citizens and the environment from pesticides used by the pesticide-seed companies. According to the Ninth Circuit’s website, the Court may issue its opinions any time within three months to more than a year from oral argument. 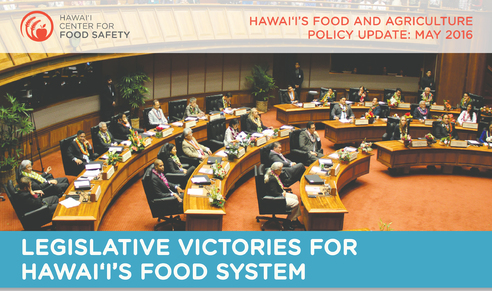 By mobilizing the voices of our grassroots membership and organizational allies, during the 2016 state legislative session Hawai'i CFS and the food movement were able to: …
Read More 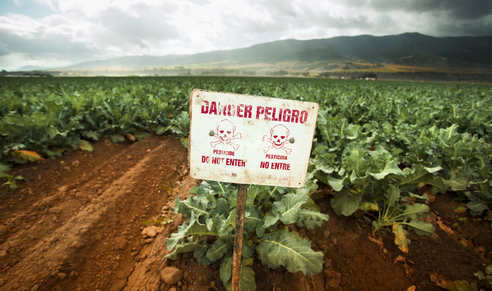 Hawaii's Fight for Protections from Pesticides and GE Crops: Decisions from the 9th Circuit Court of Appeals

HawaiÊ»i is at the forefront of historic legal battles over the regulation of genetically engineered (GE) crops and pesticides.
Read More