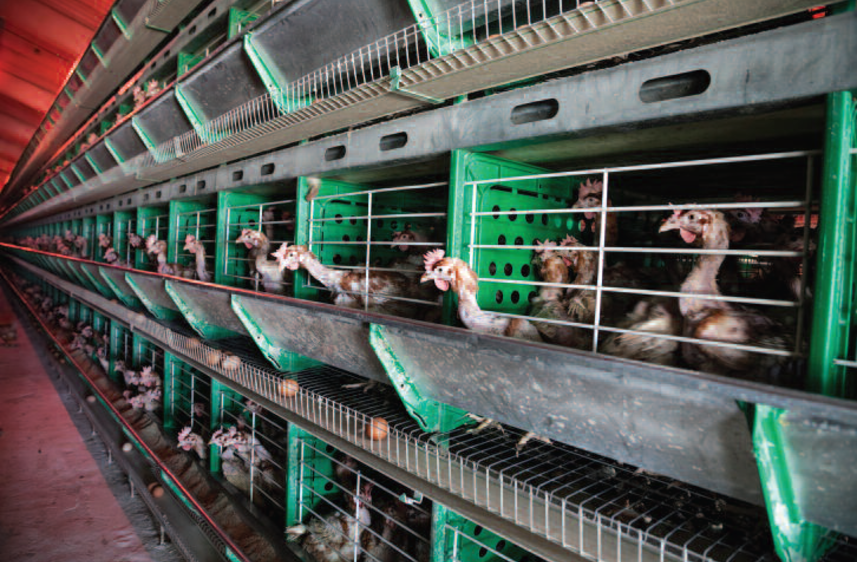 The state legislature overrode a veto of the bill by Governor Pat McCrory in June 2015, and the law took effect on January 1. Under the law, organizations and journalists who conduct undercover investigations, and individuals who expose improper or criminal conduct by North Carolina employers, are susceptible to suit and substantial damages if they make such evidence available to the public or the press.

The plaintiffs, People for the Ethical Treatment of Animals (PETA), the Center for Food Safety, Animal Legal Defense Fund, Farm Sanctuary, Food & Water Watch, and the Government Accountability Project,said today that they are taking legal action because North Carolina’s law “blatantly violates our rights to free speech, to a free press, and to petition our government, and violates the Equal Protection Clause. It places the safety of our families, our food supply, and animals at risk.”

The North Carolina law is part of a growing number of so-called ‘ag-gag laws’ passed by state legislators across the country. The bills, which are pushed by lobbyists for corporate agriculture companies, are an attempt to escape scrutiny over unsafe practices and animal abuses by threatening liability for those who expose these improper and, in many cases, illegal practices. North Carolina’s version is written so broadly that it would also ban undercover investigations of all private entities, including nursing homes and daycare centers. The North Carolina law threatens to silence conscientious employees who witness and wish to report wrongdoing.

“Ag-gag laws like this one seriously threaten our food safety by stopping investigative activities that could keep contaminated food off the market,” said Cristina Stella, attorney for Center for Food Safety. “Past investigations have led to food safety recalls, citations for environmental and labor violations, evidence of health code violations, plant closures, criminal convictions, and civil litigation. If ag-gag laws are allowed to stand, all of this crucial information would be shielded from the public eye, allowing the industry to continue to violate the law with little to no scrutiny.”

Today’s legal challenge is the first in the nation to make claims under both the U.S. Constitution and a state constitution. Last year, a federal court overturned Idaho’s ag-gag law on the basis that it violated the First and Fourteenth Amendments, and in late December a federal judge ruled that a challenge to Wyoming’s law must go forward, citing “serious concerns” about that law’s constitutionality.

The North Carolina plaintiffs are represented by David S. Muraskin and Leslie A. Brueckner of Public Justice in Washington, D.C.; and Daniel K. Bryson and Jeremy Williams of Whitfield, Bryson & Mason LLP in Raleigh, N.C.

The following attorneys are representing their own organization: Matthew Strugar of PETA in Los Angeles, Calif.; Matthew Liebman of the Animal Legal Defense Fund in Cotati, Calif.,; Cristina R. Stella and Paige Tomaselli of the Center for Food Safety in Sacramento, Calif.; Scott Edwards of Food and Water Watch in Washington, D.C.; and Sarah L. Nash of the Government Accountability Project in Washington, D.C.

Justin Marceau of the University of Denver-Sturm College of Law is Of Counsel to the Animal Legal Defense Fund.

The plaintiffs’ joint statement in full:

North Carolina’s Anti-Sunshine Law seriously hinders North Carolinians’ ability to know the truth about misconduct, mistreatment and corruption happening in virtually every industry, including nursing homes, factory farms, financial institutions, daycare centers and more. It’s an extreme law forced on citizens over a governor’s veto by lawmakers who bowed to pressure from corporate lobbyists. This law blatantly violates citizens’ rights to free speech, a free press, and to petition their government, and violates the Equal Protection Clause. It places the safety of our families, our food supply, and animals at risk, and it attempts to bully and threaten those working for transparency, free speech and the public good. Our lawsuit is being brought for the sake of the health and safety of all citizens of North Carolina. We are confident the law will be found unconstitutional and that a victory in North Carolina will deter other state legislatures from repeating North Carolina’s mistake.

Copies of the complaint in the suit are available upon request.