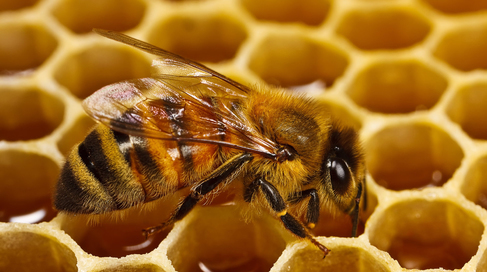 New Task Force Must Act Fast to Save Honey Bees

Today, the White House released a much anticipated Presidential Memorandum outlining efforts to protect the nation’s vital pollinators, including bees, butterflies and other species.  The memorandum establishes a new Pollinator Health Task Force and outlines plans to improve pollinator habitat and health through government agencies, public-private partnerships, and educational efforts. Center for Food Safety is pleased to see the White House did acknowledge the role of pesticides, especially a particular a class of systemic pesticides known as neonicotinoids, as impacting pollinator health.

“Today’s announcement is on the right track, but assessment and habitat building alone won’t save our pollinators. We need decisive action on pesticides,” said Larissa Walker, who heads Center for Food Safety’s pollinator campaign. “We are not going to save our pollinators simply by tidying up the edges.  We need to delve deep into the problem and root out key culprits, starting with pesticides. We look to the Obama administration for leadership that will have the lasting impact we need to keep our pollinator populations sustainable and healthy. We hope this announcement will be the catalyst for swift action.”

A large component of the White House memorandum focuses on creating pollinator habitat; however, the administration does direct EPA to assess the impacts of neonicotinoids on pollinators within 180 days and calls for the agency to take action where appropriate. Center for Food Safety agrees that assessment alone is insufficient and calls for immediate action. There is already a wealth of peer reviewed literature demonstrating the harms of pesticides to bees and other pollinators.

While improved pollinator habitat is needed, such habitat is near useless if it is contaminated with persistent systemic insecticides, providing yet more routes of exposure for bees and other pollinators when they’re foraging on those wildflowers.

“We can plant all the pollinator friendly flowers in the world, but that still won’t prevent bees from being poisoned by chemicals in use across the country,” said Walker.

Monarch butterflies have had their primary breeding habitats in the mid-west decimated by the abundant use of glyphosate (branded as Roundup by Monsanto), use of which has skyrocketed since the introduction of genetically engineered Roundup Ready corn and soybeans. The additional habitat proposed by President Obama dwarfs in comparison to the amount of monarch habitat lost due to agricultural spraying of herbicides.

One year ago today, twelve non-profit organizations, including Center for Food Safety, sent a letter to the White House urgently requesting that the Administration address negative impacts of neonicotinoid pesticides in the face of EPA’s continued failure to act. To date, the Administration has not responded to the letter.