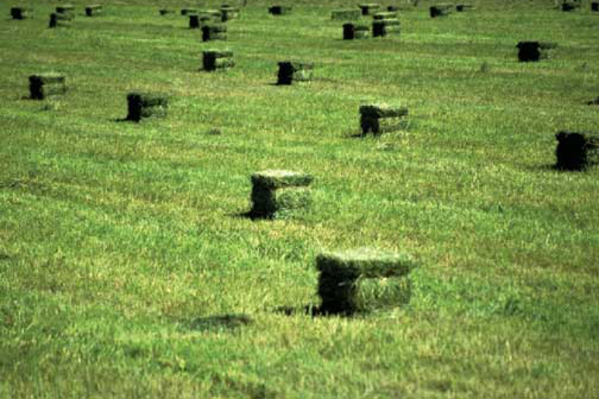 Center for Food Safety (CFS) today filed a formal legal petition demanding action from the U.S. Department of Agriculture (USDA) on behalf of Washington State farmers and CFS members, Joseph and Michelle Peila, whose conventional alfalfa crop was rejected for export after it tested positive for contamination by the Monsanto Company’s genetically engineered (GE) alfalfa.  The petition demands that the agency open an investigation and take regulatory action. The events illustrate the flawed assumptions of USDA’s recently announced policy toward GE contamination, “co-existence,” which CFS has repeatedly characterized as an ill-advised sanctioning of transgenic contamination.

“USDA has once again abandoned farmers victimized by transgenic contamination.  USDA feigns concern for conventional and organic farmers, but in reality the Department’s policies only promote the interests of biotechnology-pesticide companies,” stated George Kimbrell, senior attorney with Center for Food Safety.  He continued: “USDA’s so-called co-existence policy is a back door strategy for normalizing contamination in the face of market losses and for legitimizing the continued and unimpeded use of GE technology. USDA’s refusal to address Joseph and Michelle’s contamination and market loss is a case in point.”

Records show the tainted alfalfa seed the Peilas purchased for planting in 2010 was unlawfully in commerce at that time.  USDA did not approve GE alfalfa for commercial use until 2011.  The U.S. exports approximately $200 million annually in alfalfa seed and hay to countries that reject GE-contaminated shipments.  Alfalfa is also the key forage feed for dairy farmers, and similar contamination will devastate organic dairy farmers.

“The unlawful presence of GE alfalfa in Joseph and Michelle Peila’s alfalfa seed exposes them to huge potential losses that compel the USDA to open an investigation.  How did this GE seed get to market?  And who else is at risk?” said Kimbrell.

“What happened on my farm shows that USDA is not looking out for farmers like me. To start, USDA needs to find out how this contamination happened; then they must do everything in their power stop it from happening again,” said Washington alfalfa farmer Joseph Peila.

“This is the second transgenic contamination episode of the summer in the Pacific Northwest, following on the heels of the discovery of unapproved genetically engineered wheat in Oregon.   Both contamination episodes involved Monsanto crops, and both illustrate the negligence of GE crop developers, the weakness of USDA oversight, the growing foreign and domestic market sensitivity to unwanted transgenic content, and the urgent need for fundamental regulatory reform,” the petition states. Read the full petition here.

USDA’s original approval of Monsanto’s GE alfalfa in 2005 was reversed by a federal court in 2007, a decision forced by a Center for Food Safety lawsuit. The subsequent court-ordered analysis of its impacts concluded that GE alfalfa would contaminate conventional and organic crops, and would cause significant economic harm.  In 2010 the USDA initially proposed limiting GE alfalfa to restricted planting zones to prevent contamination; however, in January 2011, under tremendous industry pressure, the Department did a complete about-face and again approved the crop without protections.  USDA relied heavily on industry assurances that its “best practices” would prevent GE contamination from occurring, despite the overwhelming scientific evidence to the contrary.

“For the forgoing reasons we call on the Secretary to reverse its September 17, 2013 decision and take all regulatory action needed to remedy the current GE alfalfa contamination incident, including investigating the source of the contamination, analyzing the extent and impact of the contamination, levying fines and penalties on the violating parties, re-opening its 2011 deregulation decision for public comment, and taking other action as necessary to remedy the violation(s) of law,” concluded the petition.