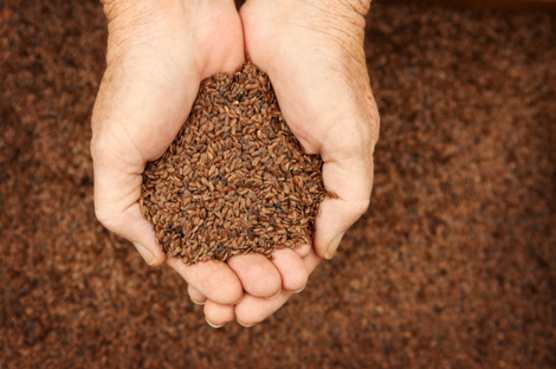 Food Movement Must Continue to Fight for Farmers

Center for Food Safety (CFS) expressed strong disagreement with today’s Supreme Court ruling in the patent case Bowman v. Monsanto.  In February, Center for Food Safety participated in the case filing a brief in support of Farmer Bowman on behalf of CFS and Save Our Seeds.  CFS also issued a groundbreaking report on the broader problem of farmer prosecution, Seed Giants vs. U.S. Farmers.

“This decision is a setback for the nation’s farmers,” said Andrew Kimbrell, executive director of Center for Food Safety.  “The food movement will not be stopped by one misguided ruling. CFS is committed to protecting farmers from patent persecution and furthering the goals of seed independence and creating a more sustainable agricultural future.”

The case involved Monsanto’s prosecution of 75-year-old Indiana farmer Vernon Hugh Bowman for alleged patent infringement because he saved and replanted soybean seeds purchased from a third-party rather than purchasing new seeds from the agrochemical giant each time.

“The Court chose to protect Monsanto over farmers.  The Court’s ruling is contrary to logic and to agronomics, because it improperly attributes seeds’ reproduction to farmers, rather than nature,” said Kimbrell.

In December, 2012, Center for Food Safety and Save Our Seeds—two legal and policy organizations dedicated to promoting safe, sustainable food and farming systems—filed a brief on behalf of Mr. Bowman.  The brief lays out a legal framework for why the Supreme Court should safeguard seeds as a public good, confirming the right of Bowman and all farmers to save seeds.  However, comprehensive seed patent rights granted to a few large agrochemical corporations over the last few decades are destructive to farmers, agriculture as an industry, food security and consumer health and safety.  The Bowman case represents the mounting trend of seed and agrochemical companies investigating and prosecuting farmers for alleged patent infringement.

Center for Food Safety is a national, non-profit, membership organization founded in 1997 to protect human health and the environment by curbing the use of harmful food production technologies and by promoting organic and other forms of sustainable agriculture. CFS maintains offices in Washington, D.C., San Francisco, California and Portland, Oregon and has more than 300,000 members across the country. More information can be found at www.centerforfoodsafety.org.

About Save Our Seeds

Save Our Seeds (SOS) is a network of legal experts, scientists, policy institutes, and civil society organizations, dedicated to halting seed patenting and intellectual property right practices that impede on farmer and citizen rights to save and cultivate seed. In affiliation with Center for Food Safety, more information about SOS can be found at www.centerforfoodsafety.org.