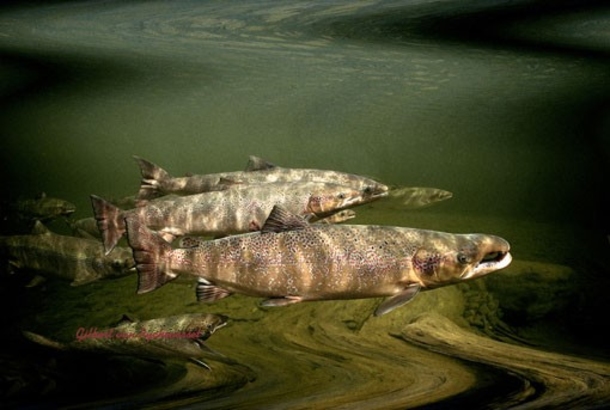 The Center for Food Safety (CFS) applauds the passage of an amendment offered by Senator Mark Begich (D-Alaska) to the Senate budget resolution in favor of labeling genetically engineered (GE) fish.  The amendment, passed by voice vote, modifies the budget resolution to establish a deficit-neutral reserve fund relating to the labeling of GE fish.

In his speech on the Senate floor today, Senator Begich reiterated that over 60 countries currently require the labeling of GE foods including Japan, Australia, Brazil, China, Russia and the European Union.  He further noted that this week several major grocery retailers, such as Whole Foods, Trader Joe’s and others representing more than 2,000 stores across the United States, committed to not sell genetically engineered seafood if it is allowed on the market.

More than one million consumers have sent public comments to the FDA opposing the unlabeled introduction of genetically engineered fish. The first such GE fish, a GE salmon engineered for faster growth, is currently in its final stage of review with the agency.

While the Senate Democrats’ budget plan is non-binding, and reconciliation with the GOP-lead House version is unlikely, passage of the Begich amendment will further increase the pressure on the Food and Drug Administration to require the labeling of GE fish, if approved.

About Center for Food Safety
Center for Food Safety is a national, non-profit, membership organization founded in 1997 to protect human health and the environment by curbing the use of harmful food production technologies and by promoting organic and other forms of sustainable agriculture.  CFS maintains offices in Washington, D.C., San Francisco, California and Portland, Oregon.  More information can be found at www.centerforfoodsafety.org.