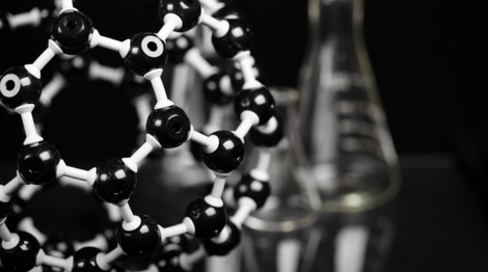 March 24, 2015 (Washington, DC)—The Environmental Protection Agency (EPA) has agreed to regulate novel nanomaterial pesticides as a result of a lawsuit filed by Center for Food Safety (CFS) in December. In 2008, a coalition of nonprofits led by CFS filed a 116-page legal petition,  requesting, among other things, that EPA recognize the growing class of nano-silver consumer products and their risks and regulate them as new pesticides. After EPA had failed to respond to the petition for six years, in December 2014 some of the petitioner groups sued the agency to force it to respond. That lawsuit succeeded on Friday, with EPA issuing a 23-page response.

View EPA’s response to the lawsuit

“We are gratified that EPA has now fundamentally acknowledged that, with regard to both the legal and scientific evidence, nano-silver antimicrobial products must be regulated as new pesticides,” said George Kimbrell, senior attorney at Center for Food Safety.  “This is an important step in safeguarding the public.”

Nanotechnology is a platform technology for manipulating materials at the atomic and molecular level; manufactured nanomaterials are so small that they cannot be seen with an ordinary microscope. Yet “nano” means more than just tiny; it means materials that have the capacity to act in fundamentally novel ways, ways that cannot be predicted of the same materials at larger scale. Their exponentially small size gives them extraordinary mobility for a manufactured material, as well as unique chemical and biological properties. Nanomaterials’ properties increase potential for biological interaction and increase potential for toxicity.

The petition was granted in part and denied in part. EPA agreed that nano-silver products intended to kill microorganisms qualify as pesticides, and that they are in fact a new type of novel pesticide, the safety of which cannot be assumed from data pertaining to the macro-counterpart of a nanomaterial. The agency also agreed that developers of such products must seek EPA review and approval before the products are allowed in the marketplace. EPA also agreed with the petitioners’ request that the agency require nano-specific data.

EPA would not commit, however, to the petitioners’ demand that the agency undertake enforcement actions against all currently commercialized products that have not undergone the EPA registration process. Instead the agency has responded to the lawsuit by saying it will seek enforcement against current unregistered products at its discretion, and will be “strongly encouraging” all manufacturers to seek pesticide registration. The agency has previously taken enforcement actions against some non-compliant manufacturers already.

“We are disappointed that EPA has not agreed to investigate and take enforcement action against all current product manufacturers, despite agreeing with our basic legal and scientific arguments indicating such a need,” said Jaydee Hanson, policy director for the International Center for Technology Assessment. “We urge all nano-silver manufacturers to follow EPA’s instruction and seek registration, and will continue to push the agency to regulate them and any future products.”

“This important decision is part of the transformation our government agencies must continue to pursue in order to protect the public from potentially dangerous products containing nanoscale ingredients,” said Ian Illuminato, health and environment campaigner at Friends of the Earth.

“It is unfortunate that the EPA has chosen not to exercise its enforcement authority categorically by requiring withdrawal from the market of pesticide products incorporating nano-silver whose developers have chosen not to submit data and other information required for an EPA risk assessment,” said Steve Suppan of the Institute for Agriculture and Trade Policy. “By deciding to use its enforcement authority only on a case by case basis, the EPA risks possible failure to execute its statutory obligations due to inadequate resources to pursue a case by case enforcement strategy. In this event, a prudent ‘no data, no market’ regulatory approach would be undermined by the EPA’s de facto allowance of commercialization for a product whose developers had failed to submit nano-specific data to the agency.”