On World Oceans Day, CFS is Swimming Against the Current to Keep Salmon and our Waters Safe 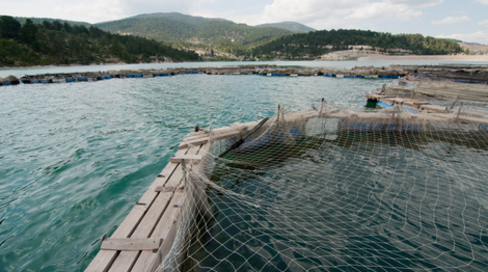 Today, June 8th, is international World Oceans Day – a day set aside to celebrate the essential beauty and grave importance of the salty waters that bring life to our planet. Our survival, and that of the entire global ecosystem, depends on our oceans. That is why it is critical that we work to keep our oceans healthy and thriving. This includes paying special attention to the species that still live there – because if they aren’t healthy, that’s a bad sign for all of us.

In the ocean, salmon are among the most unique and resilient fish. Salmon lay and hatch their eggs in freshwater streams. Young salmon then spend the first several months of their life in these freshwaters before migrating to the saltwater oceans where they spend the majority of their adult lives. When it is time, the adult salmon swim back upstream against the current – sometimes thousands of miles – to their own natal streams to lay their eggs for the next generation to begin.

In addition to their incredible fortitude and adaptability, salmon are and have historically been a significant food animal. Generations of humans have relied on salmon as important and dependable sources of protein in their diets, and salmon play a major role in industry – California’s salmon industry alone has a $1.4 billion economic value. Unfortunately, while we have been reaping the benefits of salmon – like many of the oceans’ offerings – we have also done damage to the long-term sustainability of the wild populations of these important fish.

While many are working hard to recognize and address some of the threats that endanger salmon (like overfishing and impacts from climate change), one stands out for us here at Center for Food Safety – the significant environmental, human health, and economic costs of salmon farmed industrially in open net pens, risks that are exacerbated by the approval of genetically engineered (GE) salmon. Several native salmon populations are already struggling to survive and/or make a comeback in the wild. At the same time, farmed fish producers are turning major profits. The problem is that GE fish add additional and novel threats to wild populations that are already at risk.

Each year, millions of farmed fish escape from open-water net pens, outcompeting wild populations for resources, reducing genetic diversity through interbreeding, and straining ecosystems. Not only that, industrial aquaculture introduces wastes, nutrient runoff, drugs, chemicals and hormones into our oceans and aquatic environments, threatening not just salmon, but the entire ecosystem. Now, if farmed salmon are genetically engineered, these industrial aquaculture problems are made far worse: GE fish with altered DNA could breed with and potentially permanently alter the genetic makeup of stressed wild salmon stocks in ways we do not yet fully understand and have not begun to study.

Nonetheless, this past fall astounding news came when the U.S. Food and Drug Administration approved the first-ever genetically engineered (GE) food animal for consumption, an Atlantic salmon engineered to grow quickly. The FDA’s decision marked the first time any government in the world has approved a GE animal for commercial sale and consumption.

In response, CFS, along with a diverse coalition of public health, community, environmental and conservation groups, filed a lawsuit to challenge the approval in court to protect our wild salmon populations and the oceans they thrive in.

Among other claims, our lawsuit challenges FDA’s contention that it has authority to approve and regulate GE animals as “animal drugs” under the 1938 Federal Food, Drug, and Cosmetic Act. However, those provisions were meant to ensure the safety of veterinary drugs administered to treat disease in livestock, such as antibiotics used by farmers in pigs or chickens. The law was enacted 50 years before genetic engineering, and obviously was never intended to oversee GE animals that can pass along their altered genes to the next generation, or sufficiently analyze their risks.  The lawsuit has a plethora of other claims as well, including that FDA violated numerous core U.S. environmental laws, like the National Environmental Policy Act, and the Endangered Species Act, by refusing to analyze the impacts to ocean environments if and when the GE salmon escape.

We are working hard to conserve salmon, and in turn, the waters that they, and we, depend on. Today, on World Oceans Day, take a minute to think about what the ocean means to you, and what you can do to help ensure our marine environments and fish populations are healthy, safe and sustainable. You can start by supporting our ongoing litigation against the FDA’s approval of GE salmon. We all need our oceans, and right now, our oceans and their inhabitants need us more than ever.