Are GMOs safe? No consensus in the science, scientists say in peer-reviewed statement 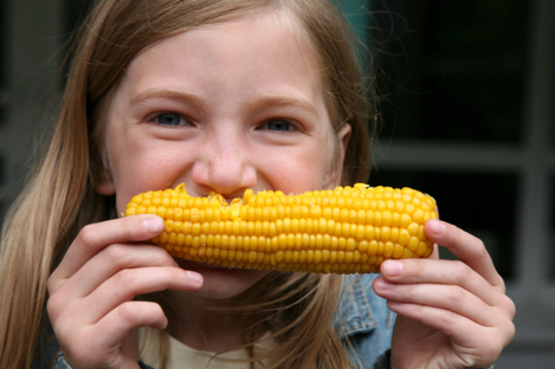 WASHINGTON, D.C. – On the heels of USDA deregulation of the Arctic® apple -- the first genetically engineered apple -- leading consumer, food safety and environmental groups issued a response to widespread media reports wrongly characterizing the science on GMOs as settled.

The groups, including Consumers Union, Center for Food Safety, Friends of the Earth and Pesticide Action Network,pointed to a January 24 statement in the journal Environmental Sciences Europe -- signed by 300 scientists, physicians and scholars -- that asserts there is no scientific consensus on the safety of GMOs.

The claim of scientific consensus on GMOs frequently repeated in the media is “an artificial construct that has been falsely perpetuated,” the peer-reviewed statement said.

“Preeminent science bodies like the National Research Council have recognized that some engineered foods could pose considerable risk. It is widely recognized by scientists that those risks depend on the particular engineered gene and crop. It is unfortunate that self-appointed advocates for the technology have selectively cited the literature and organizations to suggest that GE crops, generally, present no risks that warrant concern,” said Doug Gurian-Sherman, PhD, senior scientist and director of sustainable agriculture at the Center for Food Safety.

“Not one independent, public safety study has been carried out on the Arctic® apple, and yet some media stories have reported it is ‘safe,’” said Michael Hansen, PhD, senior scientist at Consumers Union. “We call on the press to accurately report on the science of GMOs, particularly the health and environmental concerns raised by scientists and the lack of required safety studies that leave questions about the safety of genetically engineered foods.”

Entitled “No scientific consensus on GMO safety," the journal statement does not take a position on whether GMOs are unsafe or safe. Rather, it cites a concerted effort by GMO seed developers and some scientists, commentators and journalists to construct the claim that there is a “scientific consensus” on GMO safety, and that debate on the topic is “over.”

That claim “…is misleading and misrepresents or outright ignores the currently available scientific evidence and the broad diversity of scientific opinions among scientists on this issue,” according to the statement.

The statement raises the following points in objection to the consensus of safety claim:

There is no consensus in the science. A comprehensive review of peer-reviewed animal feeding studies of GMOs found roughly an equal number of research groups raising concerns about genetically engineered foods and those suggesting GMOs were as safe and nutritious as conventional foods. The review also found that most studies finding GMOs foods the same as conventional foods were performed by biotechnology companies or their associates.

There are no epidemiological studies investigating potential health effects of GMO food on human health. With no epidemiological studies, claims that “trillions of GMO meals” have been eaten with no ill effects have no scientific basis. Epidemiology is the study of human populations to determine whether something is harmful or beneficial, and is the scientifically accepted means of determining impact on human health. Without such studies, which have been used to determine the effects of factors from fats to smoking, it is not possible to know whether GMOs are causing harm such as increases in known diseases, especially over the long term.

GMO studies are frequently mischaracterized as showing safety. For example, the EU Research Project, which has been internationally cited as providing evidence of GMO safety, was not designed to test safety and provides no reliable evidence of safety. Another example is the false claim that “hundreds of studies” listed on the biotechnology website Biofortified demonstrate GMO safety; in fact, many of the studies on that list do not address safety concerns at all, and several of the studies raise serious concerns.

International agreements show widespread recognition of risks posed by GMO foods and crops. The Cartegena Protocol on Biosafety and UN’s Codex Alimentarius share a precautionary approach to GMO crops and foods, in that they agree that genetic engineering differs from conventional breeding and that safety assessments should be required before GMOs are used in food or released into the environment.

Claims that government and scientific organizations endorse safety are exaggerated or inaccurate. Reports by the Royal Society of Canada and British Medical Association have noted that some GMOs could be of considerable harm. The positions of some prominent scientific organizations have been misrepresented or opposed by members, further highlighting the lack of consensus among scientists.

There is no consensus on environmental impacts of GMOs,and many concerns have been raised about increased herbicide use, potential health impacts and the rapid spread of herbicide-resistant weeds.

The joint statement concludes, “…the totality of scientific research outcomes in the field of GM crop safety is nuanced; complex; often contradictory or inconclusive; confounded by researchers’ choices, assumptions, and funding sources; and, in general, has raised more questions than it has currently answered.”

Decisions on whether to continue and expand GMO crops should “…be supported by strong scientific evidence…obtained in a manner that is honest, ethical, rigorous, independent, transparent, and sufficiently diversified to compensate for bias,” rather than based on  “misleading and misrepresentative claims by an internal circle of likeminded stakeholders that a ‘scientific consensus’ exists on GMO safety.”