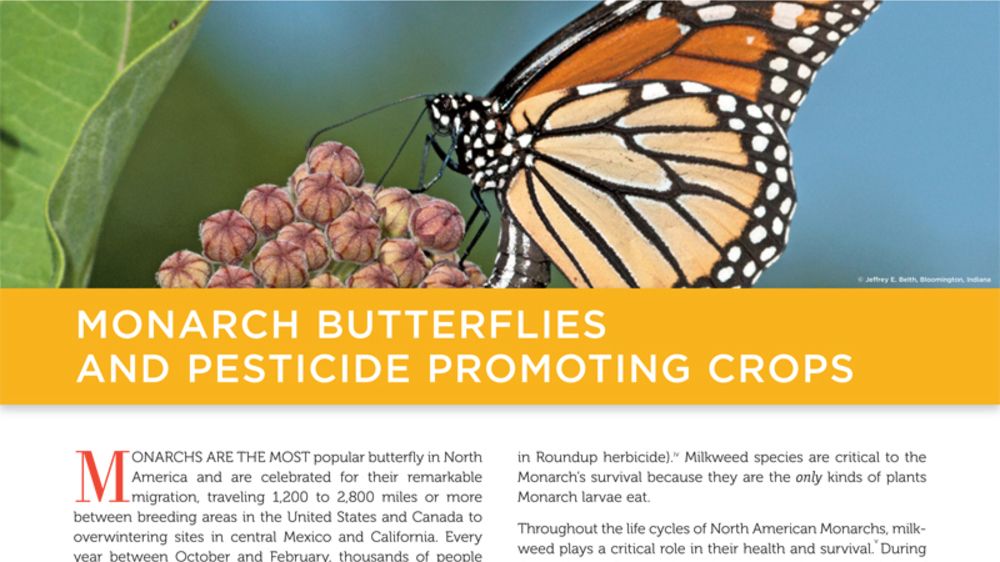 Like managed honey bees and native bees, moths and butterflies are also important pollinators. The U.S. Fish and Wildlife Service lists nearly 40 pollinator species as threatened or endangered, and several more are currently being considered. And like these other pollinators, Monarchs are suffering. In fact, the Monarch butterfly population in North America has been shrinking at an alarming rate. In 2012, Monarchs were at their lowest levels since record-keeping began and nearly 20 times smaller than at their peak in 1997, just 15 years before. All indications are that Monarch numbers were much lower still in 2013. As this fact sheet explains, one cause of this drastic population decline is that Monarch breeding habitat is being destroyed by herbicides used on genetically engineered (GE) crops.