MYTH: Genetically engineered (GE) foods should be labeled only if they are shown to be unsafe.

FACT: We do not label unsafe food; we take it off the market.  We label food that has been materially changed, which is the case with genetically engineered food.

Senator Klobuchar misunderstands food labeling law.  We do not label food or food ingredients because they are proven to be dangerous.  If a food is found to be hazardous, it is taken off the market.  In fact, the vast majority of ingredient and process labels on foods are there because, although the U.S. Food and Drug Administration (FDA) has found them to be safe, there are material changes in the food that are not obvious to the consumer.  In this case, genetically engineered foods, plants and animals, contain novel genetic materials never before seen in foods, so unique they have been patented.  And consumers want the right to know about those material changes.

Additionally, Senator Klobuchar seems to not even understand that the lead agency with authority for most food labeling is not the U.S. Department of Agriculture (USDA) but rather the FDA.  So with this misconception she has voted for the DARK Act that incorrectly assigns authority for GE food labeling to the USDA.[1]

MYTH: Genetically engineered food products on the market have been found safe and there is a rigorous process governing the safety of agricultural  biotechnology.

FACT: There is no international consensus on the safety of GE crops and foods.

The FDA has no mandatory safety testing of GE foods.  And the massive increase in the use of pesticides on GE crops increases the cancer risk for farmers and consumers.

Additionally Senator Klobuchar fails to recognize that in the U.S. the FDA does not actually make a finding of food safety for GE foods: FDA undertakes no independent assessment of safety nor makes an “approval” of their safety.  Instead, FDAs review is based solely on a private, voluntary consultation with a producer and their assurances, should they submit to this voluntary meeting, that their products are safe.[3]

Finally, the Senator fails to mention that the vast majority of GE crops, more than 90%, are designed to survive massive doses of Glyphosate, the active ingredient in Monsanto’s Round Up pesticide.  These pesticide promoting GE crops have made Glyphosate the most heavily used pesticide in the U.S., increasing use by more than 100 million pounds a year. The World Health Organization’s International Agency for Research on Cancer (IARC) has found that glyphosate is “probably carcinogenic to humans.”  Somehow the Senator left out this important piece of science in her remarks.  Even as these crops and the pesticide they promote could be compromising the health of her state’s farmers and consumers.[4]

MYTH: GE labels will create a patchwork of state laws.

FACT: There is not a “patchwork” of GE labeling laws, and there will not be for the foreseeable future, nor need there be, ever.

There is no state patchwork of GE labeling laws.  The Vermont labeling law is slated to go into effect July 1st, 2016 with a limited safe harbor until January 1, 2017.  The only other laws that might come into effect in the next two years or more are other New England states such as Connecticut and Maine that are “triggered” on several other regional states passing labeling laws. All the states involved require exactly the same language on their labels, not differing requirements.  So the “patchwork” problem is a myth that the industry and the Senator are promoting to create a false sense of urgency for trampling on the democracy of Vermont and its neighbor states.

MYTH: Labeling GE foods will increase the cost of food for consumers.

FACT: Labeling GE foods will not increase the cost of food for consumers.

A 2014 report by Consumers Union, the policy and advocacy arm of Consumer Reports, analyzed numerous studies on GE food labeling and concluded that the median cost of labeling (in the studies that provided relevant models) was $2.30 per person per year.[5] A 2013 study found no evidence that changes to a food processor’s product labels affect the prices paid by shoppers.[6] In addition, in its corporate announcement of its intention to label its products containing GE ingredients, Campbell’s has stated that the cost of labeling will be negligible, noting that adoption of the 1990 Nutrition Labeling and Education Act, which required companies to add nutritional information to their labels, did not significantly raise costs.[7]

MYTH: GE labels will provide uncertainty and confusion in the market.

Senator Klobuchar claims that GE food labels will confuse consumers and producers in the marketplace. Yet Campbell’s, one of the most trusted food companies in the country, has announced voluntary GE ingredient labeling on all of their products, and their support of mandatory national labeling, in order to remove consumer confusion.  National Farmers Union (NFU) President Roger Johnson agrees with Campbell’s and disagrees

with Senator Klobuchar: “Consumers increasingly want to know more information about their food, not less,” he said. “NFU policy supports mandatory labeling for food products throughout the processing chain, seeking to reduce consumer confusion and allowing producers to differentiate their products.” [8]

MYTH: GE labels will have a negative impact on business interests.

Once again Senator Klobuchar seems to be claiming she knows more about the food business than Campbell’s.  Denise Morrison, chief executive of Campbell’s specifically stated when announcing that her company would label genetically engineered products that it would benefit her company and not be burdensome. [9]

MYTH: GE foods will feed the planet and we cannot ignore advances in science.

FACT: GE crops and foods are not feeding the world and actually are taking important agrarian land away from food production.

Genetically engineered crops have nothing to do with feeding the world or saving people from hunger.[10] First, GE crops are not engineered for higher yield, but rather to withstand herbicides and resist attack by certain insects. [11] In fact, some GE crops have lower yields.[12] Second, most GMOs are corn and soybeans, crops which are used primarily to feed livestock or fuel cars (biofuels) in wealthy nations. Currently, more than half of all U.S. farm land is now used for these commodity crops which directly feed very few Americans -- instead these crops could be used for actual food production.  An authoritative, four-year assessment by the United Nations and World Bank (International Assessment of Agricultural Knowledge, Science and Technology for Development) concluded that GE crops are not the solution to reduce hunger and poverty in developing countries; instead, they recommend agroecological farming methods and reform of unfair global trade rules, among other measures.[13]

Once again, Campbell’s announcement indicates that simply labeling whether your product was produced with genetic engineering does not stigmatize that product.  Additionally big food companies have spent well over 100 million dollars fighting against state labeling laws.  That indicates that they have more than enough funds to advertise the advantages of GE should they fear any market issues. 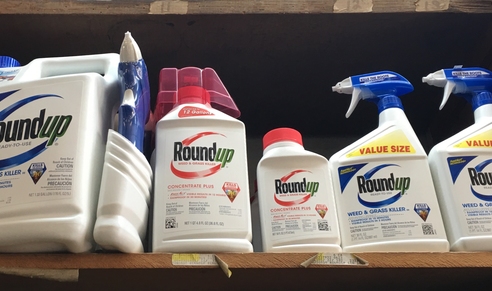 This article was originally plublished in Alternet on March 2, 2016…
Read More