By Adam Keats, senior attorney at Center for Food Safety 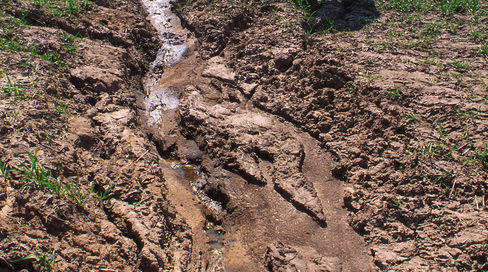 In the mid-1990’s, state regulators in California’s Department of Water Resources (DWR) secretly negotiated a deal with several southern California water agencies to partially deregulate the State Water Project, the principle conveyance of water from the north of the state to the south and one of the largest water infrastructure projects in the country.  Deregulation was a trend then, especially in California, which saw a similar effort in electricity distribution end in disaster with the Enron-fueled energy crisis of 2000 and 2001.

The deal struck by DWR removed a number of safety measures from the operation of the State Water Project, opening up publically-owned water to trades, sales, and private profit, enriching large agribusiness companies in the southern San Joaquin Valley at the expense of the health of the Sacramento-San Joaquin Delta ecosystem and of water security throughout the state. The deal also transferred control of the Kern Water Bank, one of the largest underground water storage facilities in the world, from the state to local “Big Ag” interests like Paramount Farms, one of the largest privately-held farming interests in the country.

Activists have been fighting the deal, known as the Monterey Amendments, ever since. Today, Center for Food Safety is proud to have joined the fight, representing Delta farmers and the public interest groups California Water Information Network (C-Win), Center for Biological Diversity, and California Sportfishing Protection Alliance in an appeal of a case that was originally filed in 2010.  The case challenges the environmental review of the Monterey Amendments by DWR, review that has now lagged for almost 20 years. The case also challenges the constitutionality of the Kern Water Bank give-away and the other deregulation components of the Monterey Amendments.  If successful, the case would result in the return of the Kern Water Bank to public control and the reinstatement of critical infrastructure protection measures and restrictions. Most importantly, the case could result in a significant defeat for one of the more audacious efforts to privatize the ultimate public trust resource –fresh water.

Center for Food Safety filed its opening brief in the appeal on September 30, 2015.  Opposition briefs will follow and a hearing before California’s Third Appellate District hopefully will take place in mid-2016. To stay up to date on the case, sign up for our email list and follow us on Facebook and Twitter.