Giving Thanks to Native Bees for a Bountiful Feast (and a Holiday Charge to President Obama!) 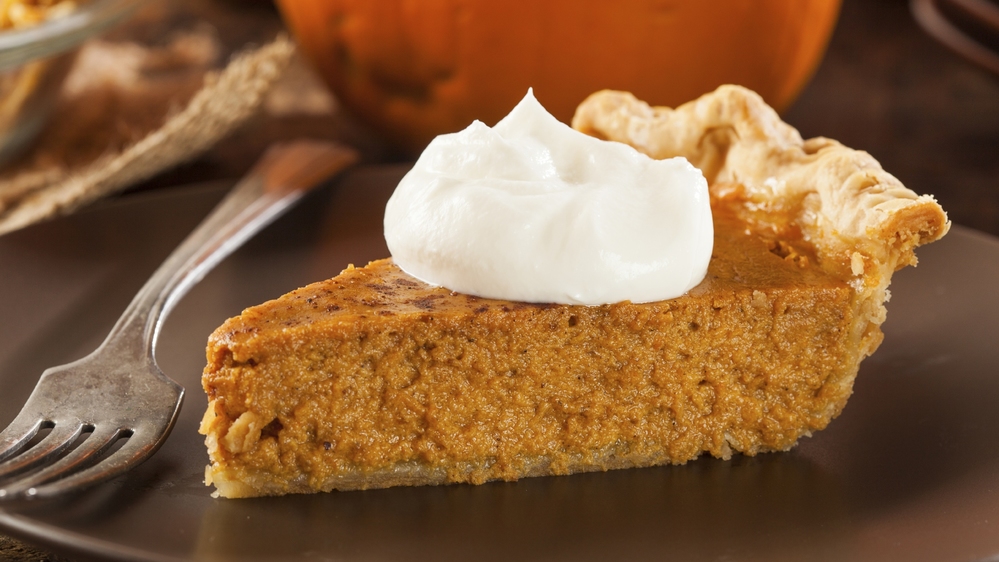 What comes to mind when you think of Thanksgiving? For many, the holiday often evokes sentiments of family and gratitude, usually coupled with a culinary feat of epic proportions. The Thanksgiving meal that we all love so much is inspired by the native bounty that once fed the struggling settlers and brought together the most unlikely of dining companions.

Although America now embraces foods from all over the world, North America was the original home to many wild varieties of crops such as blueberries, cranberries, squash, corn, sweet potatoes, apples, chestnuts, onions, and beans – many of which were likely included at early Thanksgiving feasts. And while we’ve all become quite accustomed with this list of traditional Thanksgiving fare, recognizing how these foods end up on our tables is just as noteworthy. 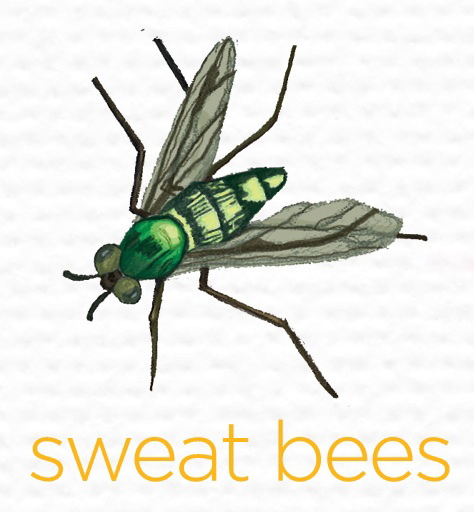 A sizeable portion of our holiday feast would not be possible without the dedicated work of native pollinators. Shake that image of honey bees out of your head. Unlike the non-native honey bees, which were brought to the U.S. by European settlers in the early 1600s, there are more than 4,000 species of native bees that have always called North America home, including bumblebees, mason bees, squash bees, and sweat bees. So this Thanksgiving, let’s be grateful for the foods long present on our tables by recognizing the value of native bees to our agricultural system.

Even though they don’t always get the credit they deserve, native bees are essential to many of the foods we eat. Some crops, like apples, squash, cucumbers, peppers, and cherries are directly dependent on native bee pollination, while others such as carrots, onions, broccoli, and legume hay are indirectly dependent on them—meaning that they do not require pollination services but are grown from seeds that benefit from a little extra pollinator help. Many people are less familiar with native bees than they are with honey bees, but once you learn to recognizethese impressive species, you may find that they are among the busiest workers in the garden. Unfortunately, despite their importance to our farms, gardens, and ecosystems, native bees—just like the honey bees—are in trouble.

Native bees are susceptible to many of the same threats as honey bees, including the indiscriminate use of bee-toxic pesticides and declining habitat due to growing industrial monocultures. Although efforts have been made by Congress and government agencies to protect these invaluable species, there is still a lot of work to be done. As this year comes to a close and the last of the autumn leaves fall from the branches, we must remind our government to take strong action and protect pollinators.

That is why this Thanksgiving we’re calling on the Obama Administration to not only give thanks to native bees when sitting down to their holiday feast, but to also take meaningful steps to protect them through the White House Pollinator Health Task Force. Just this week, CFS submitted comments from more than 20,000 of its members demanding that the White House take action to safeguard our nation's pollinators from bee-toxic pesticides. If President Obama wants to keep his impressive selection of pies on the White House Thanksgiving menu then he is going to have to act fast to also keep pollinators healthy. 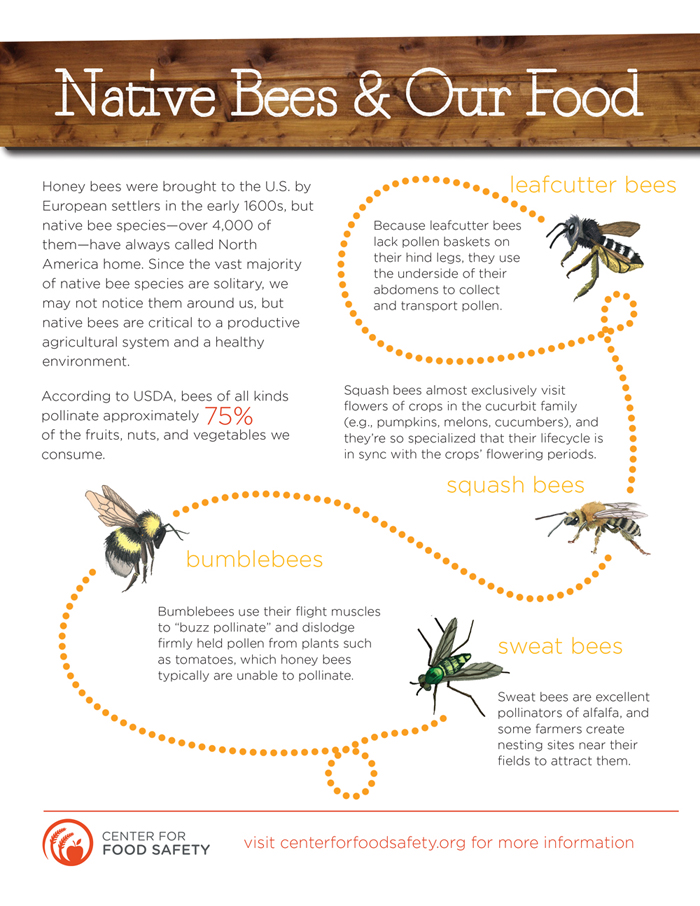 Let’s say thanks to squash bees for that delicious pumpkin pie.

Whether it is pumpkin pie, butternut squash soup, or the decorative gourds that set that perfect autumn mood, this Thanksgiving we need to say thanks to squash bees. With similar size and coloring to a honey bee, you may have never noticed these agricultural specialists, but if you ever see a blooming squash vine, chances are squash bees are not far away. Relying exclusively on pollen from cucurbits (squash, zucchini, melon, cucumbers, and pumpkins), these bees are actually in tune with the rhythms of squash flowers and have mutually beneficial relationships with the plants.

Let’s say thanks to bumble bees for cranberry sauce.

No matter if you like it tangy, sweet, or tart, if you want cranberry sauce this Thanksgiving season, you need to say thanks to bumble bees. Probably one of the most recognized of the native bees, these big furry buzz machines are critical in pollinating cranberries and other berries. By using buzz vibrations to shake flowers of pollen, bumble bees are very efficient pollinators.

Let’s say thanks to mason bees for warm apple cider.

There is nothing better than cozying up with a glass of hot apple cider on a cold autumn day, but even if it’s apple pie, apple sauce, or just a quick game of bobbing for apples, this Thanksgiving say thanks to mason bees. Mason bees are one of the thousands of species of solitary bees that often go unnoticed. Because they live independently in hollowed out trees, they are great pollinators for any orchard.