Genetically engineered oranges: Not all they're juiced up to be 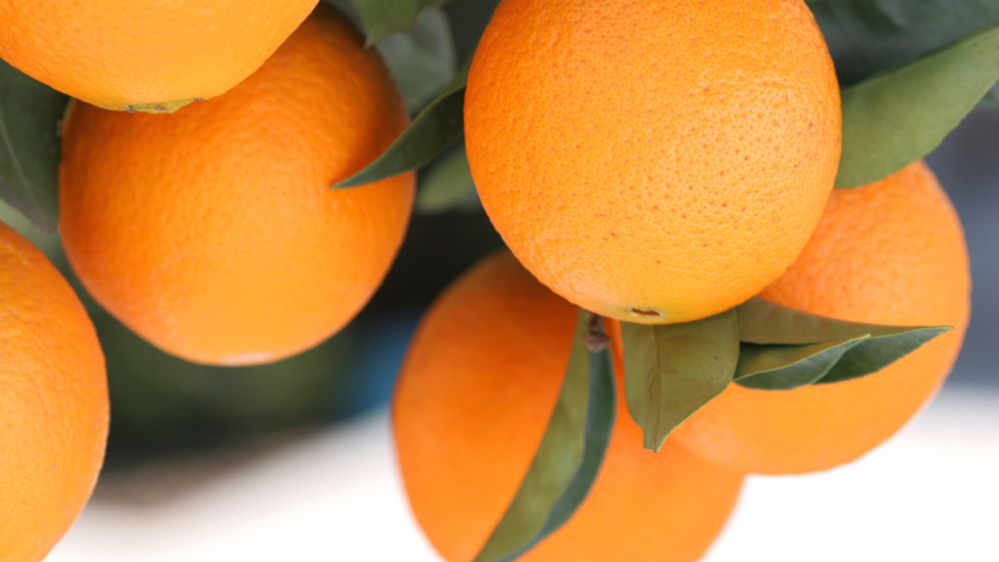 Whether it’s your kids’ soccer snack, your breakfast beverage of choice, or a key ingredient in your favorite cocktail, oranges and orange juice are a staple of many American diets across the country.

It may come as a surprise to you to learn that the orange industry is in trouble.  A disease called “citrus greening” is decimating orange groves across the country.  The bacterial disease is carried by an insect that feeds on orange trees and is devastating crops in Florida, South Carolina, Georgia, Louisiana, Texas, and California—affecting virtually all U.S. orange growers.

With orange production in danger during the height of the season, many are left wondering—maybe yourself included—what can be done to cure trees of citrus greening, slow its spread, and save the oranges.  And with growers and producers at their wits’ ends, there’s been a lot of talk about genetic engineering (GE) as the only solution—notably at Friday’s Agricultural Outlook Forum at USDA, where USDA researcher Ed Stover pushed transgenics as the “best possibility” for the industry, and Marylou Polek, vice president for science and technology at the Citrus Research Board, touted it as “the only long-term solution”.

The GE “solution” might be attractive to many growers, producers, and curious consumers because it seems like a direct “fix”—by, for example, creating a citrus greening-resistant orange tree.  But supporters of such technology continuously fail to acknowledge an important fact: this GE solution doesn’t address the root cause of the problem; it merely kicks the can down the road.  Genetically engineered trees offer only minimal payoff while simultaneously carrying serious risks.  Further, some scientists estimate that GE orange trees could take up to 30 years to be useful—15 years in development and commercialization and another 15 to replace the current failing groves.  The orange industry doesn’t have that kind of time.

Let’s first think about the cause.  Monocultures of closely spaced, genetically uniform trees create ideal conditions for epidemics.  Growers use an arsenal of synthetic pesticides and fertilizers to ward off myriad diseases, citrus greening being just one of many plaguing the orange industry.  Large-scale monoculture plantations lack critical diversity in the field, including hedgerows and refuges for beneficial insects, and disrupt important natural balances, elements that many organic farmers use to their advantage.

Therefore, even if a tree is developed that is resistant to citrus greening, it may lack other protections—leaving it entirely vulnerable to other diseases harbored by the environmental conditions of monocultures.  In fact, a 2010 scientific review by plant pathologist David Collinge and colleagues underscores that genetic engineering of plants for disease resistance sometimes results in increased susceptibility to non-target pathogens.  That is, an orange tree that has been engineered to resist citrus greening could be more likely to succumb to other devastating bacteria or fungi.

Second, genetic engineering doesn’t “solve” a problem—it merely might delay a problem.  We’ve already seen this happen with many other GE crops.  For example, most GE crops are designed to withstand an herbicide or combination of herbicides, allowing the crop to be doused with chemicals and survive while the weeds die.  Yet, farmers across the country are reporting weeds resistant to these chemicals, requiring more drastic means of removal or entire losses of crops.  What seemed like a smart fix at first is, predictably, quickly evolving into an even larger headache for farmers.

Likewise, other GE crops are designed to kill insect pests such as corn rootworm.  However, these insects are developing resistance too—sometimes in as quickly as 2-3 years.  And bacteria, the culprit in citrus greening, reproduce much more quickly than insects (as often as every 15 minutes!), increasing the likelihood of resistance.  Again, even if a citrus greening-resistant tree were developed, growers might face the disease again in just a few years’ time.

And here’s another point that no one’s talking about: No GE crop exhibiting resistance to a bacterial or fungal disease has ever been successfully developed or commercialized (only a handful of virus-resistant crops have ever made it to market).  Plants respond to diseases in complex ways that, in many cases, scientists are only just beginning to understand.  Collinge and colleagues conclude that: “As far as we are aware, there are no examples where complete protection against pathogens has been obtained following expression of antimicrobial proteins either alone or in combination.”  This all comes in spite of years of effort.

Organic growing practices, on the other hand, promote sustainable control of disease.  Growing citrus without insecticides and fungicides benefits natural enemies of disease-spreading insects.  Parasitic wasps that attack only the Asian psyllid, the insect carrier of citrus greening bacteria, have been released in Florida, Texas, and California, with promising results.  USDA scientists are also exploring the use of a natural fungus that infects and kills psyllids.  Others management tools such as heat treatments have also been successful at limiting citrus greening.

Think about it this way: when you get sick, your body sends out biochemical messages to fight whatever is making you sick.  The healthier you are to begin with—for example, eating well, exercising, and low stress—the easier it is for your body to respond and get you healthy again.  Plants react similarly.  If you feed them healthy, nutritionally diverse compost instead of synthetic fertilizers (think high sugar junk foods) and cultivate them in a low stress environment (no toxic pesticides), then they’ll be better equipped to deal with environmental stressors such as disease.

With the orange crisis worsening each year, it’s important to keep a level head when assessing solutions.  Genetic engineering is a costly, risky, and lengthy endeavor.  Meanwhile, organic controls are looking promising for a mere fraction of the cost in a fraction of the time.  So be sure to think twice about the media hype touting genetic engineering as the answer and remember:  It’s not all it’s juiced up to be.