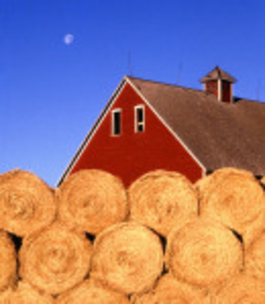 This is simply not true.

Once planted in fields across America, genetically modified crops, pollen, and seeds cannot be recalled or removed from the natural environment. Unlike tainted products on a supermarket shelf, GMOs cannot be located by a barcode and forever removed from the stream of commerce. Nature happens, humans can’t control everything and no one can prevent GMO contamination from prodigious, wind-pollinated plants like GM alfalfa.

While many strong arguments exist to counter USDA’s GM alfalfa safety claims, the single, most important counter-claim is that planting GM alfalfa will result in millions of pounds of toxic herbicides being sprayed in communities where farmers currently use no herbicides at all.   Yes, 93% of all the alfalfa planted by farmers in the U.S. is grown without the use of any herbicides.   Why?  Because alfalfa hay grows in dense stands that crowd out weeds, and regular mowing effectively controls them and the need for herbicides.  This little-cited fact remains buried deep within the 2,400 pages of USDA’s GM alfalfa Environmental Impact Statement (EIS) that was released in December 2010.

Monsanto’s newly deregulated RR alfalfa is genetically modified to be used in combination with its trademark herbicide, Roundup®.   Unfortunately, the widespread adoption of the company’s GM seeds will lead to herbicide addiction by an entirely new segment of farmers who must spray Roundup® on their fields in order to grow GM alfalfa.   That’s what Monsanto wants.  USDA’s decision to deregulate GM alfalfa – the fourth largest U.S. field crop— opens up a tremendous market opportunity for Monsanto to boost its sales not only of GM seeds but also of Roundup®.   With the full deregulation of GM alfalfa, USDA estimates the release of an additional 23 million pounds of herbicides into the environment annually.

What the introduction of this pesticide-promoting GM crop means for our nation is that communities across the country will now be exposed to millions of pounds of pesticides for the first time ever and without their consent.  Communities where GM alfalfa is grown will no longer be able to decide for themselves whether they want to resist pressure to plant GM alfalfa and to grow organic alfalfa instead.  That is because the likelihood of GM contamination eliminates the choice for farmers and communities to grow organic alfalfa and seeds.  What’s worse is that the option of expanding or creating new organic dairies will be much more difficult because the main source of forage for organically raised cows – organic alfalfa hay – will be contaminated by GMOs.

In case you’re thinking that claims about the rapid contamination from GMO alfalfa are overstated, here’s what a Center for Food Safety supporter observed while driving South on Highway 5 from, San Francisco to Tehachapi, CA, in June 2010:

I was amazed by the vast unmanaged, unirrigated, and abandoned fields that I saw with loads of alfalfa plants growing randomly, everywhere.  I was even more surprised to see alfalfa plants—IN FULL BLOOM—growing on the shoulder, in the median, along drip irrigation lines, and even under fruit trees in orchards near alfalfa fields.  Nature happens, humans can't control everything, and certainly not the spread of GMO alfalfa.

But, the rapid spread of GMO pollen is not the only problem farmers face.  Weed resistance is certain to follow, as has been the case with GM corn, cotton, soy and canola.  When superweeds develop and fail to wither and die when exposed to repeated Roundup® applications, GM alfalfa farmers have no other choice but to use increasingly more toxic and persistent chemicals on their farms, such as 2-4D and Dicamba.  And so the pesticide treadmill will continue and extend its hazardous impacts, posing increasingly greater health and environmental threats in communities where GM alfalfa is planted.

For these reasons and many others the National Organic Coalition (NOC) takes huge exception to USDA’s safety claims about GM alfalfa.   We oppose its decision to deregulate alfalfa and challenge its conclusion that GM, conventional and organic agriculture can “co-exist” without government oversight, restrictions or enforceable liability laws against GM seed patent holders.  In response to USDA’s call for “co-existence” NOC proposes the adoption of a more prudent GMO policy that focuses on “GMO Contamination Prevention.”   We believe that this is a preferable strategy for protecting organic and non-GMO conventional farming, which has served as the foundation of American agriculture and fed our nation for centuries.

USDA’s organic seal and certified organic label assures consumers that they are not exposed to GMOs in the organic foods they eat because GM crops are not allowed in organic production.  GMO contamination threatens organic markets and diminishes non-GE seed options for organic and conventional farmers.  By approving GM alfalfa, the Obama administration undermines this most vibrant, 23 billion dollar sector in US agriculture, placing an unfair burden on those who want to grow non-GM and organic food.

It is incumbent upon President Obama to immediately rescind approval of GM alfalfa and to instruct the Secretary of Agriculture to implement an immediate moratorium on new GM crop approvals, until outstanding concerns about the science, contamination, liability, and labeling are satisfactory resolved.

Originally posted on the blog of Food Democracy Now!