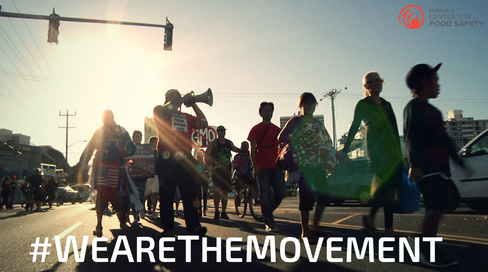 You may have seen that some news outlets have announced the defeat of Measure 92, the Oregon state ballot initiative to label genetically engineered foods, but the race to pass Measure 92 is still too close to call.

There are still thousands of votes left to be counted and right now the campaign is less than 6,900 votes from victory. The math looks difficult but there are enough ballots outstanding that it’s still possible to win. Ballots will continue to be counted until November 18th and then we’ll see what we see.

All of that means that after being outspent more than 2-to-1, there is still have a path to victory. Hang in there – we’re not done yet!

In other election news, the GE labeling initiative in Colorado unfortunately failed to pass. The No on 105 campaign, led by chemical companies Monsanto and DuPont Pioneer, received over $16 million in corporate contributions, hugely outspending the grassroots Yes on 105 campaign.

But the Food Movement celebrated several victories as well.

Maui voters made history late Tuesday evening when they passed a Maui County ballot initiative to prohibit the growth, testing or cultivation of genetically engineered (GE) crops in Maui until an environmental and public health study can show that they are safe. The opposition, almost exclusively backed by Monsanto and Dow Chemical, raised almost $8 million on the race - $362 per vote - the most money that has ever been spent on a local initiative, anywhere.

We also celebrated a major victory in California’s Humboldt County where voters overwhelmingly voted to ban genetically engineered crops from being grown in the county. Humboldt joins four other counties in California – Marin, Santa Cruz, Mendocino, and Trinity – and several cities. There are also two county bans in Oregon and one in Washington State. Center for Food Safety is proud to have lent its scientific, legal and grassroots expertise to both the Maui and Humboldt county initiatives.

The Food Movement saw victories on the national front as well.

One thing we knew going into the midterm elections was that the Food Movement is just hitting its stride. There is much work to be done in Washington, D.C. next year and it is critical that our Congressional champions will be there to continue their work on behalf of the food movement on Capitol Hill, and serve as a backstop against attacks from big food and chemical corporations. And while we’re still watching a couple close returns, we’re happy to report that almost all of the Food Movement leaders in Congress successfully won their re-election campaigns.

Whatever happens in Oregon, the food movement had some major victories in this election. And it’s just the beginning.