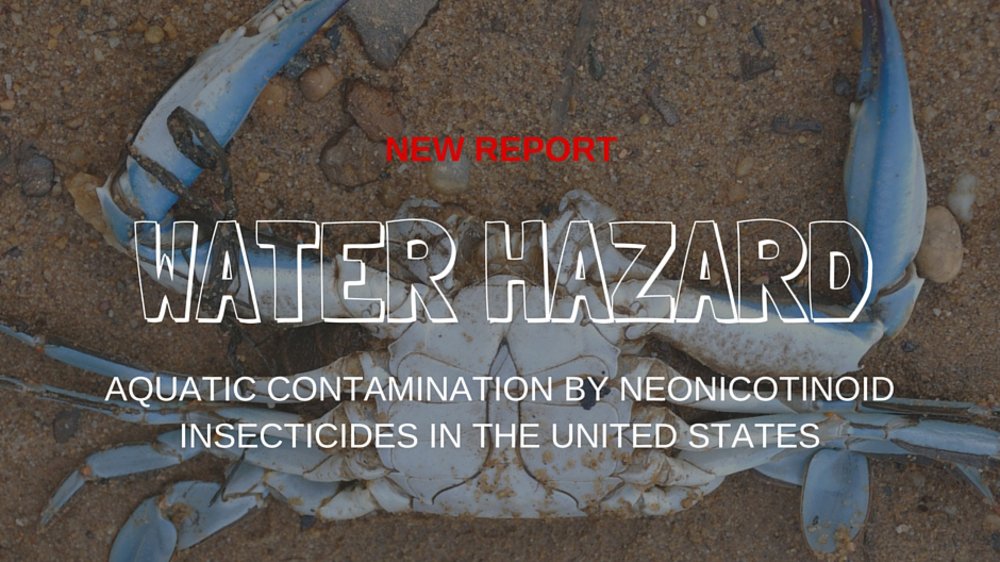 Center for Food Safety's (CFS) report, “Water Hazard: Aquatic Contamination by Neonicotinoid Insecticides in the United States,” shows widespread water contamination with neonicotinoid insecticides and threatening a range of aquatic invertebrates including crabs and insects. In particular, the report draws attention to the use of neonicotinoid seed coatings, up to 95 percent of which ends up in the environment, not the crop. Neonicotinoids are a class of insecticide known to have acute and chronic effects on honey bees and other pollinator species and are considered a major factor in overall bee population declines and poor health.