Irradiation not the Solution to Food-Borne Illness 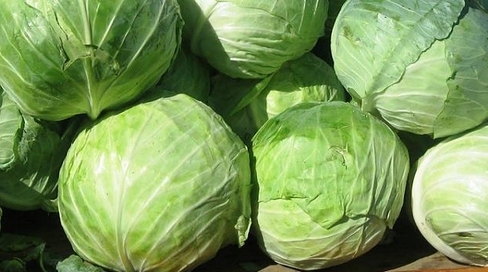 The FDA announced today that it will allow food producers to start irradiating fresh spinach and iceberg lettuce in an attempt to kill E. coli O157:H7 and other bacteria that cause food-borne illnesses, despite scientific and consumer concerns about the use of irradiation.  The move comes in response to a petition filed by The National Food Processors Association, a trade group representing major food companies.

"Irradiation is not the solution to food-borne illness," said Bill Freese, Science Policy Analyst at the Center for Food Safety.  "In fact, it serves to distract attention from the unsanitary conditions of industrial agriculture that create the problem in the first place."

In 2006, California spinach contaminated with E. coli O157:H7 sickened over 200 people, and killed three.  A field investigation by FDA and the State of California identified the same strain of E. coli O157:H7 in cattle feces from a ranch close to where the spinach was grown. Besides being the source of 3/4ths of the nation's spinach, California is home to nearly 5 million cows which produce 15 million tons of manure every year - manure that often ends up in nearby waterways, including the ditches and channels of irrigation water for crops like spinach.  Dried manure can even blow onto neighboring fields in clouds of dust.

"Irradiation kills some bacteria in our foods, but it is no substitute for measures to clean up the huge animal operations that pollute our waterways and irrigation water with the raw manure that often carries pathogenic bacteria," said Freese.

Contamination of leafy greens is not a new problem.  According to the California Department of Health Services, in the last 11 years, 20 E. coli outbreaks have been linked to "leafy products" grown in California, including two related to spinach.

"Food companies are also seeking FDA permission to label irradiated foods as 'pasteurized' - an obvious attempt to conceal from consumers the fact that foods are being irradiated," added Freese.

Food irradiation uses high-energy Gamma rays, electron beams, or X-rays (all of which are millions of times more powerful than standard medical X-rays) to break apart the bacteria and insects that can hide in meat, grains, and other foods. Radiation is one of the more destructive forces in nature, and scientific studies have documented that irradiation can dramatically lower the nutritional content of foods, particularly vitamin A and folate, an essential B vitamin.

The FDA's proposal concedes that irradiation will make spinach less nutritious. "Fresh spinach is extremely nutritious, as every mother knows.  Irradiation will rob it of some of those essential nutrients, all to avoid tackling the problem at its source," said Freese.

The Center for Food Safety is national, non-profit, membership organization founded in 1997 to protect human health and the environment by curbing the use of harmful food production technologies and by promoting organic and other forms of sustainable agriculture. On the web at: http://www.centerforfoodsafety.org