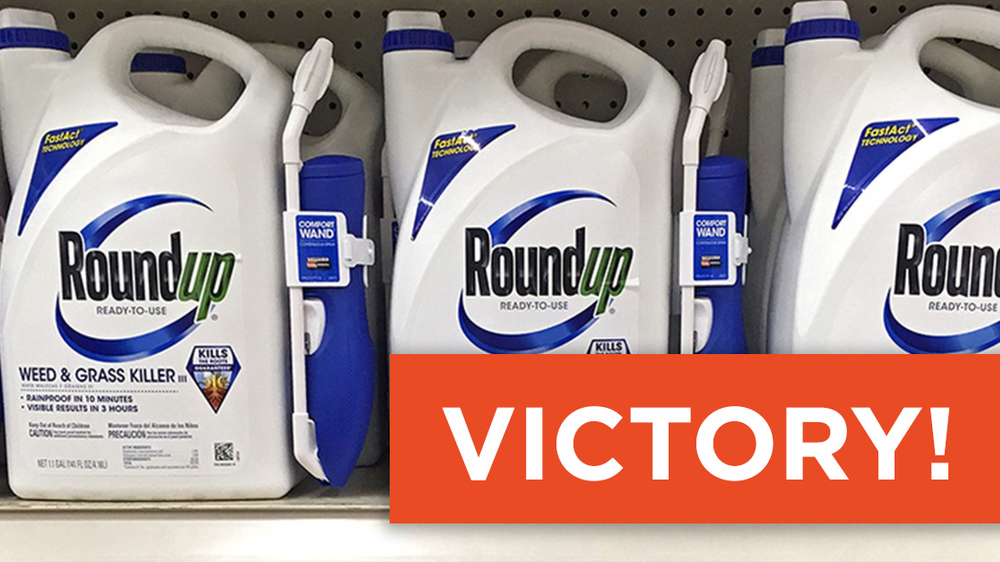 SAN FRANCISCO—Today, in a historic victory for farmworkers and the environment, the U.S. Court of Appeals for the Ninth Circuit sided with Center for Food Safety (CFS) and its represented farmworker and conservation clients by overturning the Environmental Protection Agency's (EPA) decision that the toxic pesticide glyphosate is safe for humans and imperiled wildlife. Glyphosate is the active ingredient in Monsanto-Bayer's flagship Roundup weedkiller, the most widely used pesticide in the world.

The 54-page opinion held the Trump administration's 2020 interim registration of glyphosate to be unlawful because "EPA did not adequately consider whether glyphosate causes cancer and shirked its duties under the Endangered Species Act (ESA)." Represented by Center for Food Safety, the petitioners in the lawsuit included the Rural Coalition, Farmworker Association of Florida, Organización en California de Lideres Campesinas, and Beyond Pesticides. A consolidated case is led by Natural Resources Defense Council and includes Pesticide Action Network.

"Today's decision gives voice to those who suffer from glyphosate's cancer, non-Hodgkin's lymphoma," said Amy van Saun, senior attorney with Center for Food Safety and lead counsel in the case. "EPA's 'no cancer' risk conclusion did not stand up to scrutiny. Today is a major victory for farmworkers and others exposed to glyphosate. Imperiled wildlife also won today, as the court agreed that EPA needed to ensure the safety of endangered species before greenlighting glyphosate."

"We welcome and applaud the court on this significant decision," said Jeannie Economos, Pesticide Safety and Environmental Health Project Coordinator at the Farmworker Association of Florida, a plaintiff in the case. "While it comes too late for many farmworkers and landscapers who suffer after glyphosate exposure, we are grateful for the court's ruling, and hope that now EPA will act quickly to protect future workers from illness and disease resulting from this toxic pesticide."

As to its cancer conclusion, the court concluded that EPA flouted its own Cancer Guidelines and ignored the criticisms of its own experts. EPA's "not likely to cause cancer" conclusion was inconsistent with the evidence before it, in the form of both epidemiological studies (real-world cancer cases) and lab animal studies. In addition to its lack of conclusion as to non-Hodgkin's lymphoma risk (the cancer most tied to glyphosate), the court also concluded that EPA's general "no cancer" decision was divorced from its own Guidelines and experts when EPA selectively discounted evidence that glyphosate causes tumors in animals. At various points the Court criticized EPA's "disregard of tumor results;" its use of "bare assertions" that "fail[] to account coherently for the evidence;" making conclusions that do not "withstand[] scrutiny under the agency's own framework," and "fail[ing] to abide by" its cancer guidelines. In sum the court noted EPA's "inconsistent reasoning" made its decision on cancer "arbitrary," and struck it down.

"We are grateful that the court decided in our favor," said John Zippert, chairperson of the Rural Coalition, a plaintiff in the case. "We need to halt glyphosate's devastating impact on the farmworkers and farmers who suffer the deepest consequences of exposure. This decision will hopefully hasten the transition to farming and gardening methods and practices that increase resilience, protecting our children, our planet, and all those who feed us."

"EPA's failure to act on the science, as detailed in the litigation, has real-world adverse health consequences for farmworkers, the public, and ecosystems," said Jay Feldman, executive director of Beyond Pesticides, a plaintiff in the case. "Because of this lawsuit, the agency's obstruction of the regulatory process will not be allowed to stand, and EPA should start shifting food production to available alternative non- and less-toxic practices and materials that meet its statutory duty."

The court went on to conclude that EPA's decision also violated the Endangered Species Act. As the court noted, EPA itself elsewhere had admitted that "glyphosate 'may affect' all listed species experiencing glyphosate exposure—that is 1,795 endangered or threatened species" yet had unlawfully ignored the ESA for this decision.

As to remedy, the court struck down, or vacated the human health assessment. The court also required that EPA redo and/or finish all remaining glyphosate determinations by an October 2022 deadline, or within four months. This includes a redone ecological toxicity assessment, a redone costs analysis of impacts to farmers from pesticide harms, as well as all Endangered Species analysis and mitigation.

In an "interim registration review" decision for glyphosate issued in January 2020, EPA finalized its human health and ecological risk assessments and adopted "mitigation measures" in the form of label changes. EPA unlawfully concluded there is no cancer risk from glyphosate, despite major gaps in its review, including coming to "no conclusion" as to non-Hodgkin lymphoma, the most well-known cancer linked to glyphosate. EPA also failed to do any assessment of how much glyphosate gets into a user's bloodstream after skin contact, a major route of occupational exposure.

Critically, EPA failed to test any of the glyphosate product formulations, which contain ingredients beyond just the active ingredient (glyphosate) and can increase the harmful effects of pesticide exposure. Finally, because EPA continued to the use of glyphosate with minor, unsubstantiated label changes, it needed to consider the impacts to imperiled species and do more to protect them from glyphosate.

CFS and allies originally filed the lawsuit in 2020, incorporating volumes of evidence showing how EPA ignored glyphosate's health risks, including cancer risks, to farmworkers and farmers exposed during spraying. Petitioners also challenged EPA's decision based on risks to the environment and imperiled species, such as the Monarch butterfly.

In response to CFS and allies' lawsuit, in May 2021 EPA effectively admitted grave errors in its interim registration and asked the court for permission to re-do the agency's faulty ecological, cost-benefit, and Endangered Species Act assessments. However, the agency stated that Roundup should nonetheless stay on the market in the interim—without any deadline for a new decision.

In July 2021, Bayer announced it will end the sales of its glyphosate-based herbicides (including Roundup) in the U.S. residential lawn and garden market in 2023 in order to "manage litigation risk and not because of any safety concerns." In California, jury trials continue to be held. Last year, courts affirmed a judgment against Monsanto for cancer from Roundup in Hardeman v. Monsanto—one of the first in a series of high-profile consumer lawsuits filed against Monsanto-Bayer—and in the third appeal of such a claim in Pilliod v. Monsanto.

While EPA has repeatedly declared that glyphosate does not cause cancer, the world's foremost cancer authorities with the World Health Organization declared glyphosate to be 'probably carcinogenic to humans' in 2015. And as the record in the case showed, EPA's own Office of Research and Development concluded that glyphosate is either a likely carcinogen or at least there is evidence suggesting that it causes cancer, particularly increases the risk of NHL. 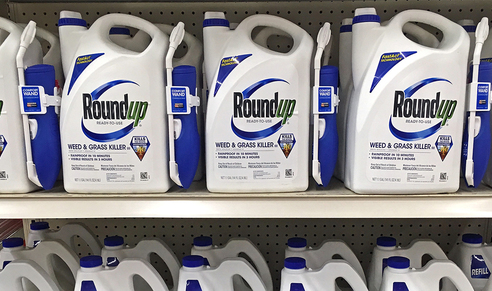