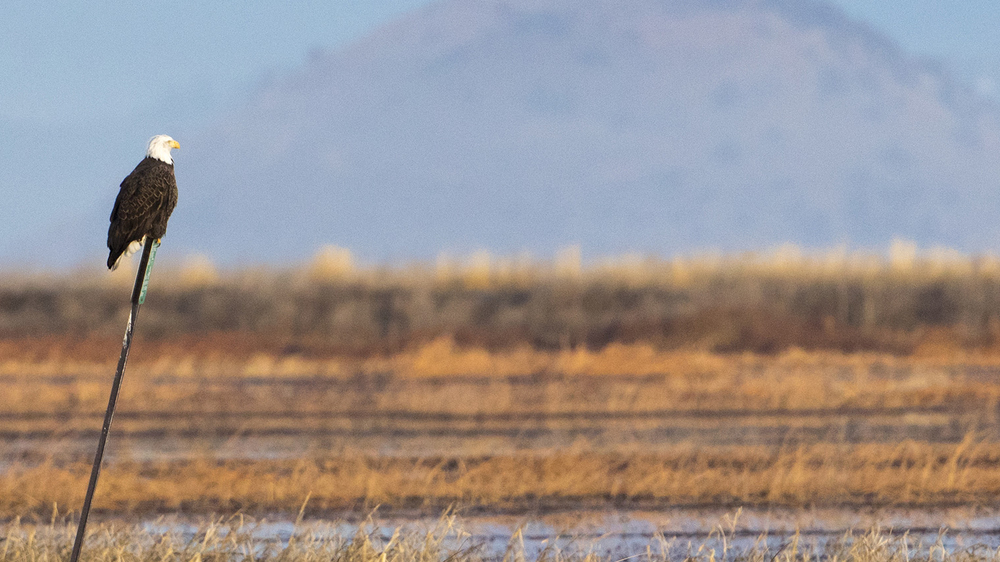 WASHINGTON— The Center for Biological Diversity and Center for Food Safety filed a legal petition today calling for the U.S. Fish and Wildlife Service to end the use of dangerous agricultural pesticides on national wildlife refuges.

Home to more than 280 species of protected plants and animals, the national wildlife refuge system is the world's largest and most diverse collection of lands set aside specifically for the preservation of fish and wildlife. Yet the Service allows private operators to grow commercial crops that prompt the annual use of hundreds of thousands of pounds of dangerous pesticides on refuge lands.

In 2018 — the most recent year for which complete data are available — more than 350,000 pounds of agricultural pesticides were sprayed on 363,000 acres of commercial agricultural crops in the refuges. Those figures represent a 34% increase over the acreage sprayed in 2016, according to an analysis of refuge pesticide use.

"We call on the Biden administration to help stop extinctions by taking the commonsense step of prohibiting the unnecessary use of deadly pesticides on the lands set aside to protect our most vulnerable plants and animals," said Hannah Connor, an attorney at the Center for Biological Diversity. "It's time for the Fish and Wildlife Service to actually prioritize the needs of fish and wildlife over the wishes of private commercial interests profiting off poisoning our public lands."

Today's petition calls for the Service to take immediate action to end uses of agricultural pesticides on refuges, including glyphosate, 2,4-D, dicamba and paraquat — all of which have been shown to harm wildlife.

The petition also requests that the Service reverse a decision by the Trump administration allowing use in national wildlife refuges of bee- and bird-killing neonicotinoids and genetically engineered crops. Because GE crops are designed to withstand what would normally be a fatal dose of pesticides, their adoption promotes dramatic increases in pesticide use.

The Obama administration banned these uses in 2014 following a 10-year campaign that included multiple lawsuits brought by the Center for Food Safety and other public interest groups. Those lawsuits successfully challenged the cultivation of GE crops on national wildlife refuges.

"Courts have repeatedly found that agricultural practices like the growing of genetically engineered crops designed to be sprayed with more toxic pesticides have no place in wildlife refuges, our nation's designated sanctuaries for sensitive bird and insect species," said Sylvia Wu, a senior attorney at the Center for Food Safety. "It's time for the Biden administration to reinstate the ban on these toxic practices, and to go even a step further by eliminating all agricultural pesticide use on refuges."

More than 1 billion pounds of pesticides are used across the United States each year, harming protected wildlife and plants that rely on fields, forests and waterways where the poisons are often used or end up. Pesticides are even frequently used in areas that the Service has legally designated as critical habitat essential for helping species to recover and dodge extinction.

"For both imperiled wildlife and the people who visit these wild spaces to immerse themselves in nature, the well-documented harms of these agricultural pesticides far outweigh any benefits," said Connor.