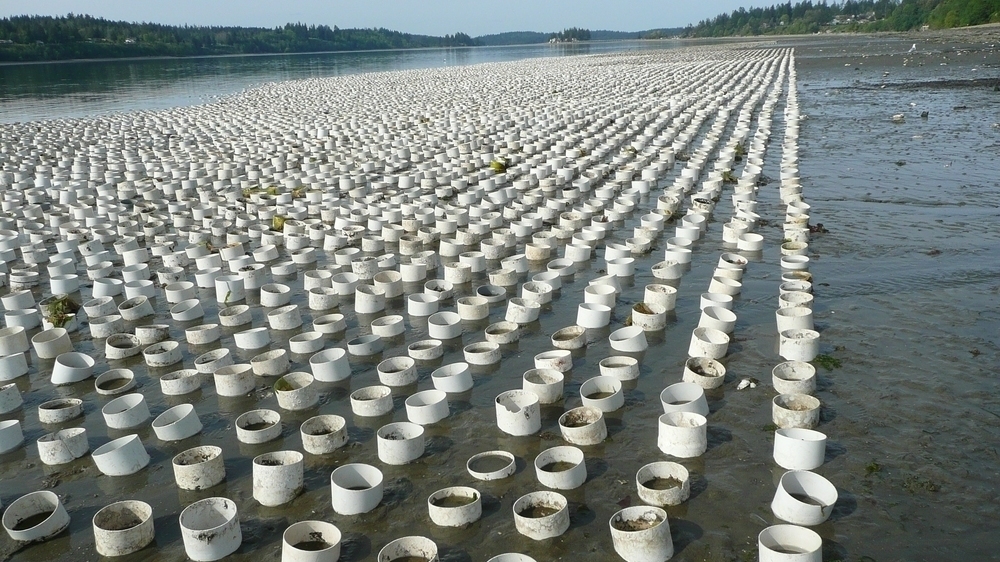 "Despite clear statutory mandates and a previous court decision requiring the government to fully consider the potential impacts of proposed shellfish operations, the Corps continues to ignore its duties by allowing industrial shellfish operations to degrade important aquatic habitats, including through the use of plastics and pesticides, endangering Washington's shorelines, biodiversity, and surrounding communities," said Amy van Saun, senior attorney at CFS.

The new lawsuit comes on the heels of a previous lawsuit against the Corps, where CFS and allies successfully sued the Trump administration for issuing a similar nationwide permit (NWP 48 of 2017). The court found the previous 2017 permit unlawful under CWA and NEPA, stating that the Corps had failed to adequately consider the impacts on Washington's shorelines and wildlife habitat, including the cumulative effects of expanding or continuing operations in sensitive areas. In a victory for plaintiffs, the Ninth Circuit Court of Appeals subsequently affirmed the lower court's decision.

In January 2021, during the last few days of the Trump administration, the Corps finalized the new nationwide permit for commercial shellfish aquaculture activities. In rushing to issue the permit, the Corps ignored comments from plaintiffs and stakeholders urging the agency to fix problems with its impact analysis before issuing the new permit. For example, neither the 2017 permit nor the 2021 reissuance include any restrictions on pesticide or plastic use. Much like the unlawful 2017 permit, the 2021 permit authorizes commercial shellfish aquaculture activities in Washington without full consideration of the potential adverse effects to aquatic ecosystems and wildlife, prompting CFS and allies to launch another lawsuit to vacate the permit.

"The Coalition is outraged that the Corps would try to avoid doing what is necessary as a bare minimum under the law to protect orcas, salmon, and marine life in Washington from the toxic and physical impacts of the massive number of industrial-scale aquaculture operations that have been proposed," said Laura Hendricks, director of the Coalition to Protect Puget Sound Habitat. "This is precisely the sort of agency action that gives 'government' a bad name."

The Corps has already relied on the 2021 NWP 48 to approve thousands of acres of industrial shellfish activities in Washington's coastal areas, and the LOPs to approve thousands more without public input. Many of the acres authorized for shellfish aquaculture are located near critical spawning, breeding, and feeding habitats for forage fish, threatened and endangered species of salmon and green sturgeon, birds, whales, and other wildlife species. Additionally, operations authorized under the new permit destroy eelgrass and other aquatic plants that provide habitat to wildlife and other essential ecosystem services, such as carbon sequestration, sediment stabilization, and nutrient balancing, which help mitigate the effects of climate change.

Welcome to Center for Food Safety's Pacific Northwest office. We use litigation, advocacy, research and education to protect everything that is precious in Oregon and Washingto…