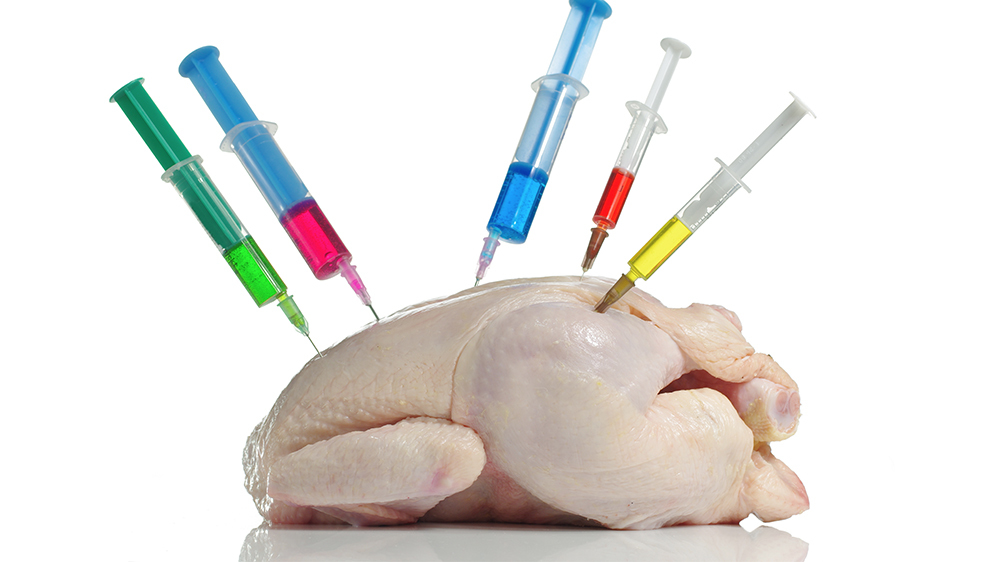 Washington, D.C. — During this season of holiday meat purchasing, the consumer advocacy group Center for Food Safety (CFS) is asking the USDA's Food Safety and Inspection Service (FSIS) to strengthen the National Residue Program (NRP), so that we can all enjoy a safer food supply free of antibiotic residues.

The NRP is an interagency program administered by FSIS that is supposed to identify, rank, and analyze for chemical contaminants in meat, poultry, and egg products. While the NRP tests for some veterinary drug residues, it does not test for all the veterinary drugs that may be used in food animals. This is insufficient for FSIS to "protect the health and welfare of consumers" as required by federal law.

The NRP is also based on outdated tolerance level standards that were set by the Food and Drug Administration (FDA), rather than what testing methods are now capable of measuring. If drug residues are found on animal tissue at levels below these outdated thresholds, NRP's testing protocol will falsely classify that tissue as "negative" and without drug residue present. This negative/positive binary testing system based on FDA's tolerance levels is insufficient to "protect the health and welfare of consumers" because it ignores the fact that FSIS is capable of detecting drug residues at much lower levels.

"FSIS is using an outdated residue testing program that is failing to properly identify the presence of pharmaceuticals in our meat supply," said Ryan Talbott, staff attorney at CFS. "The agency needs to update its testing techniques to provide for the lowest limits of detection and it needs to make information about all detected drug residues in meat available to the public," he continued.

Considering 80% of antibiotics used in the U.S. are marketed to animal producers, our food system has a long way to go before it administers antibiotics sustainably. Rather than giving thanks for all that antibiotics can do to protect human health, the industrial meat system weakens their effectiveness by administering them by default to healthy livestock, whether to speed up production or as a preventative measure to compensate for the inhumane, disease-ridden conditions the livestock are forced to live in.

"The meat industry's overreliance on these drugs is a symptom of our fundamentally-broken industrial food system that strives to produce the most meat, the fastest — at the expense of food safety and antibiotic resources that are critical to our survival," said Talbott. "If meat companies are derailed by FSIS using the latest technology to show us what pharmaceutical drugs are really lurking in our food, we'd all be better off if those companies started raising livestock and poultry without any."