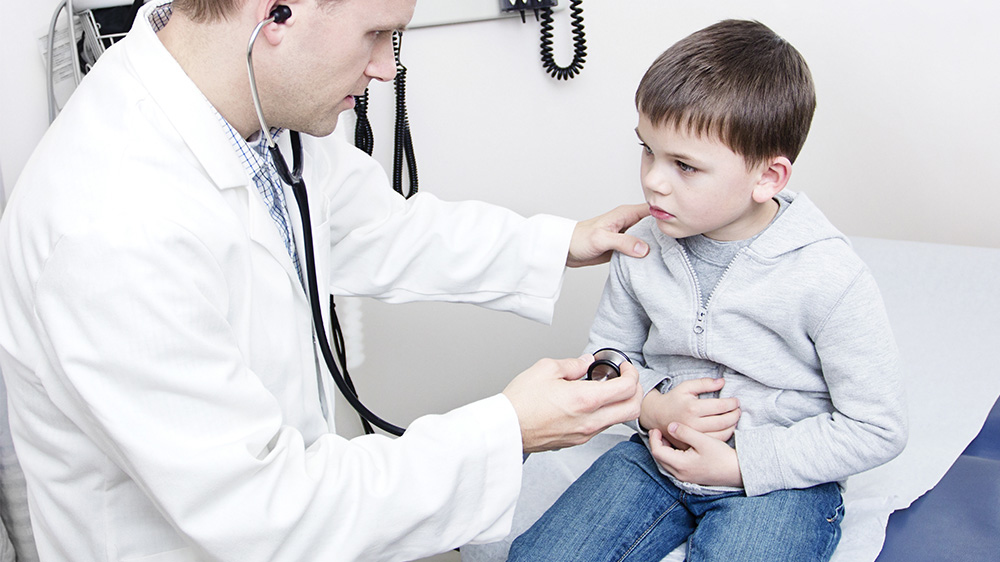 "High Risk" Foods Rules are Unlawfully Withheld by the Trump Administration, as Outbreaks Increase and Public Health is Threatened

Washington, D.C. â??Center for Food Safety (CFS) filed a new lawsuit on Monday against the Food and Drug Administration (FDA) for its failure to designate and establish reporting requirements for producers of foods that are "high-risk" for foodborne illness outbreaks, as required by the Food Safety Modernization Act (FSMA).

According to the Centers for Disease Control and Prevention (CDC), an estimated one in six Americans, (48 million people), becomes ill from foodborne diseases each year. Approximately 128,000 are hospitalized and 3,000 die based on exposure to pathogens present in the food supply. The annual cost to the U.S. economy in medical bills and productivity losses alone is over $93 billion. FSMA requires a range of necessary preventive measures that would reduce the impact of many illnesses caused by foodborne hazards, including the designation of "high-risk" foods that are more susceptible to being a source for foodborne illness outbreaks and additional requirements for them.

"As the continued foodborne illness epidemic in our country shows, there is an urgent need to designate high-risk foods and establish their reporting requirements so that our government can rapidly and effectively respond to outbreaks," said Ryan Talbott, CFS staff attorney. "Congress required this done years ago, with good reason. As we have in the past, we will continue to hold FDA accountable to protect public health."

In 2012-2014, CFS successfully litigated the first-ever FSMA lawsuit, over FDA's failure to comply with FSMA's timelines for issuing 7 different regulations. That case resulted in FDA's enactment of those regulations based on new Court-set deadlines.

Congress required FDA to designate high-risk foods by January 2012 and to propose recordkeeping requirements for facilities that handle those foods by January 2013. Yet more than five years after these deadlines, and countless numbers of food safety illness episodes later â?? including this year's E. coli outbreak linked to romaine lettuce that resulted in five deaths and 210 sickened people in 36 states â?? FDA has yet to designate any high-risk foods. The lawsuit seeks a Court order requiring FDA to enact the FSMA high-risk food regulations by a deadline with oversight to ensure completion. 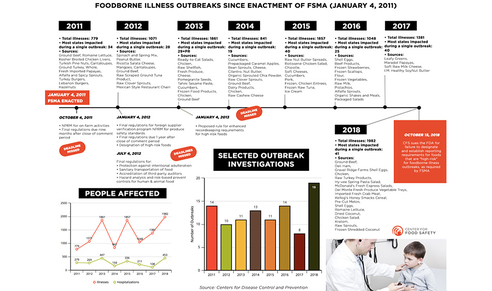 Foodborne Illness Outbreaks Since Enactment of FSMA on January 4th, 2011

According to the Centers for Disease Control and Prevention (CDC), an estimated one in six Americans, (48 million people), becomes ill from foodborne diseases each year…
Read More