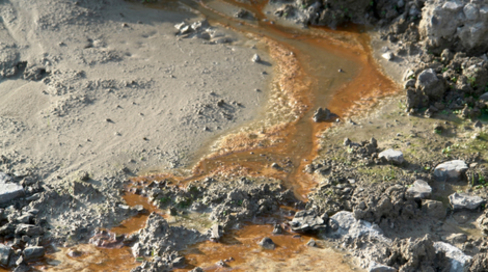 The groups asked the court to make it clear that EPA’s “preliminary guidance” is illegal because it represents the agency’s third attempt to hide information from the public about CAFO releases of dangerous pollution, particularly ammonia and hydrogen sulfide. As the court noted previously, the risks from these releases are not theoretical – “people have become seriously ill and even died as a result of [waste] pit agitation” at CAFOs.

“CAFOs are known to release hazardous pollutants that can pose serious risks of illness or death near homes, schools, businesses, and communities,” said Kelly Foster, Senior Attorney for Waterkeeper Alliance. "It is EPA’s responsibility to protect the public by ensuring information about these releases is disclosed – not to keep devising new legal strategies to help industry keep it secret.”

Instead of helping CAFOs determine how to measure releases and come into compliance as promised, EPA’s guidance document actually resurrects a legal interpretation of the Emergency Planning and Community Right-to-Know Act (EPCRA) long urged by industry to shield CAFOs from reporting their hazardous releases under that law.  EPA had previously rejected this industry legal theory on three separate occasions, including opposing it in the very same D.C. Circuit case challenging EPA’s exemption that led to reinstitution of the EPCRA reporting requirement.  For its part, industry is already attempting to use EPA’s “preliminary guidance” to avoid responsibility in enforcement cases.

“EPA’s new Interim Guidance purports to instruct CAFOs on how to comply with the law, but it does just the opposite—it tells them how not to comply,” said Earthjustice attorney Jonathan J. Smith.  “EPA’s action violates the mandates of Congress and the Court that people have a right to know about toxic pollution from AFOs in their communities.”

The disclosure obligations are currently slated to go into effect later this year after the D.C. Circuit Court granted the groups’ petition in Waterkeeper Alliance v. EPA and overturned a 2008 EPA rule that illegally exempted CAFOs from two federal laws designed to protect public health and safety. EPA is now seeking its second extension of this reporting deadline in order to “finalize” a preliminary guidance the agency released on October 25.

The groups are also asking the D.C. Circuit Court to retain jurisdiction to ensure that EPA actually implements and enforces the court’s order given EPA’s decade-long history of evading compliance with federal hazardous substance reporting laws for CAFOs - protecting industry interests to the detriment of the public.

Center for Food Safety’s mission is to empower people, support farmers, and protect the earth from the harmful impacts of industrial agriculture. Through groundbreaking legal, scientific, and grassroots action, we protect and promote your right to safe food and a healthy environment. Please join our more than 900,000 advocates across the country at www.centerforfoodsafety.org.

Earthjustice, the nation’s premier nonprofit environmental law organization, wields the power of law and the strength of partnership to protect people’s health, to preserve magnificent places and wildlife, to advance clean energy, and to combat climate change. Because the earth needs a good lawyer.

Waterkeeper Alliance is a global movement uniting more than 300 Waterkeeper Organizations and Affiliates around the world, focusing citizen advocacy on issues that affect our waterways, from pollution to climate change. Waterkeepers patrol and protect over 2.5 million square miles of rivers, streams and coastlines in the Americas, Europe, Australia, Asia and Africa.

The Humane Society of the United States is the most effective animal protection organization, as rated by our peers. For more than 60 years, we have celebrated the protection of all animals and confronted all forms of cruelty. We and our affiliates are the nation’s largest provider of hands-on services for animals, caring for more than 150,000 animals each year, and we prevent cruelty to millions more through our advocacy campaigns. Read about our more than 60 years of transformational change for animals and people. HumaneSociety.org 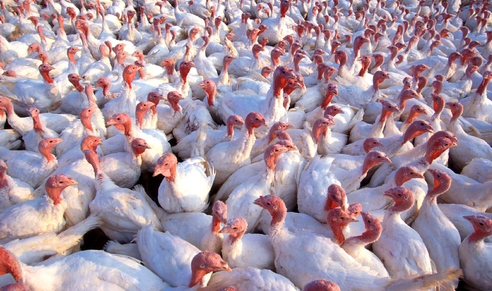