Press Releases
Blog
Video
News
For media inquiries contact:
pr@centerforfoodsafety.org
202-547-9359
“I really appreciate CFS for what they have done... I'm really pleased that there is somebody that can act as a counterweight to these big corporations that are taking over the seed industry”
— Phil Geertson
Alfalfa farmer and CFS Plaintiff
 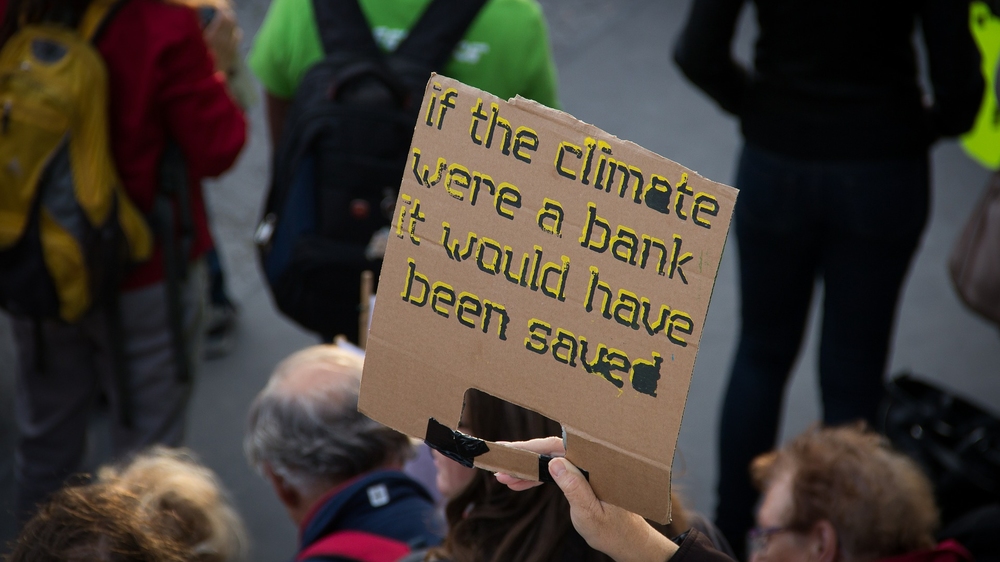 SAN FRANCISCO, CA—President Trump’s decision to pull out from the 2015 Paris climate agreement is a major setback for the treaty, and for our ability to combat the climate crisis. Trump’s move puts the U.S. in the same league as Syria and Nicaragua—the only two countries who declined to join the agreement. The U.S. is the world’s second-largest carbon polluter after China.

"The move is completely irresponsible. The President clearly has no understanding of science, and is willfully ignoring the advice of those who do," said Diana Donlon, Director of Food and Climate at CFS. "He is acting against the will of the American people (polling shows that 71% of Americans support staying in the agreement) and putting the nation’s ability to feed itself in jeopardy."

Agriculture is sensitive to fluctuations in temperature and precipitation and the U.S. is not immune to escalating global threats: in 2016 there were 91 weather, climate or geological disasters in the U.S. including severe storms, hurricanes, floods, wildfires, heat waves and droughts many of these damaging or wiping out crops. In East and Southern Africa, more than 38 million people in 17 countries are currently struggling with food insecurity resulting from consecutive drought. In the Arctic, temperature has increased at twice the rate as the rest of the globe which could weaken or shut down global ocean circulation which would obviously have catastrophic impacts on agriculture.

The aim of the Paris agreement, which went into effect last November, is to keep global temperature increases below 3.6 degrees Fahrenheit (2 degrees Celsius), while strengthening the ability of countries to deal with the impacts of climate change. The U.S. pledged to cut domestic greenhouse gas emissions 26 to 28 percent below 2005 levels by 2025.

"The Trump administration continues its dangerous pattern of placing short-term corporate dollars ahead of literally all else, including public interests as vital as addressing climate change," said CFS Legal Director George Kimbrell. "The Government’s duty is to safeguard the public interest, not corporate dollars. We must continue to demand and force urgent action, to protect food security, farmers, and the planet.""‹

While leaders in Europe, India, and China have committed to remain in the agreement despite a U.S. withdrawal, Trump’s decision to formally back out could weaken the resolve of countries that joined the agreement more reluctantly, and threaten the ability of developing nations to tackle their emissions and respond to the effects of climate change if the U.S. cuts its promised financial aid. These ripple effects threaten the stability of the agreement and our ability to respond to climate change in time to save humanity from extinction; climate scientists say there are only a few years left to stop climate change before a future of extreme conditions due to global warming is irrevocable.