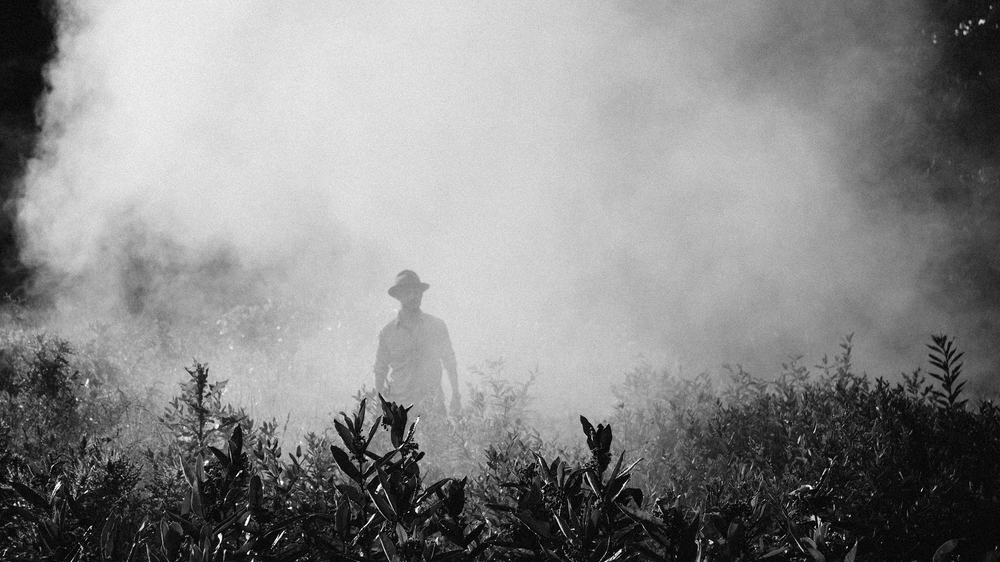 SAN FRANCISCO—Today farmers, conservation groups, and food and farm justice organizations stood up to protest against the contamination of rural communities, our food supply, and the environment by filing a federal lawsuit against the Trump administration. The groups are suing the Environmental Protection Agency (EPA) under new administrator Scott Pruitt for approving Dow AgroScience’s Enlist Duo, a mixture of the weed-killing chemicals glyphosate and 2,4-D—both of which are known to be highly toxic. The novel combo pesticide is sprayed directly on corn, soybean, and cotton plants that are genetically engineered by Dow specifically to survive exposure to the pesticide. EPA approved the use of the pesticide in 34 states.

Farmers will be hit hard by the human health harms of Enlist Duo, and are put at risk financially by 2,4-D’s known tendency to volatize, drift, and damage neighboring crops. The U.S. Department of Agriculture projects  that Enlist Duo’s approval will lead to as much as a seven-fold increase in agricultural use of 2,4-D—a component of the infamous Vietnam-era defoliant “Agent Orange”, which has been linked to Parkinson’s disease, non-Hodgkins lymphoma, and other reproductive problems. The other component of Enlist Duo is glyphosate, the active ingredient in Monsanto’s flagship pesticide Roundup. Glyphosate was classified as a probable human carcinogen by the World Health Organization in 2015.

This is the second lawsuit the groups have had to bring over the product. After the groups challenged its initial approval in 2014, the Obama Administration agreed to re-analyze some of its impacts. Unfortunately, EPA then re-affirmed its original approval and dramatically expanded it, allowing Enlist Duo to be sprayed in more than twice as many states and on cotton in addition to corn and soybeans.

Enlist crops and Enlist Duo are part of a disturbing, industry-wide trend where crops are genetically engineered to withstand multiple pesticides, allowing pesticide companies like Dow and Monsanto to sell both expensive GE seeds and large quantities of the pesticide cocktails that are sprayed on them. While these GE crop systems initially provide a quick-fix way to kill weeds, the intensive spraying triggers rapid evolution of weed resistance to the chemicals. Just as overuse of antibiotics breeds resistant bugs and more antibiotics to kill them, so these GE crop systems drive a toxic spiral of increasing weed resistance and pesticide use.

In addition to health risks, significant crop damage from pesticide drift, and increases in both weed resistance and pesticide use, spraying Enlist Duo on millions of acres will contaminate waterways and important wildlife habitat. EPA’s own assessments found that Enlist Duo is highly toxic to numerous plants and animals, including endangered and threatened species found in or near agricultural fields.

"Further industrialization of agriculture through Dow’s chemical solutions will lead to fewer family farmers, more pollution and more resistant weeds, but that will be okay for chemical companies like Dow with only one solution to every problem in agriculture—a sledge hammer of more chemicals and the GMOs immune to them.  Enlist Duo’s own label recognizes there may be weed biotypes already resistant to glyphosate or 2,4-D," said George Naylor of the National Family Farm Coalition, who farms non-genetically-engineered crops in Iowa.

Jim Goodman, Family Farm Defenders board member and organic farmer from Wonewoc, Wisconsin, commented: "Roundup was initially touted as a replacement for older, more dangerous chemicals like 2,4-D. Now that Roundup, the widely used carcinogenic pesticide is failing to kill weeds, Dow is bringing back 2,4-D and teaming them up to create a more toxic mix than ever. Will the buffer strips on my organic farm be adequate protection from the more volatile drift-prone nature of 2,4-D? I should not be put in the position to find out."

Earthjustice attorney Paul Achitoff commented: “EPA knows that spraying a hundred thousand tons of this pesticide on millions of acres every year will threaten the survival and recovery of some of our most iconic endangered species, but it refuses to follow the law that protects them. We will hold EPA accountable.”

“The lack of vision and oversight by our federal agencies is outrageous,” said Marcia Ishii-Eiteman, PhD, senior scientist at Pesticide Action Network North America. “By continuing to defer to the pesticide industry’s every wish, EPA shirks its duty to protect the health of rural communities and the livelihoods of farmers. It also locks us into a failed and obsolete model of chemical-intensive agriculture, rather than spearheading a transition to the healthy, vibrant food and farming system that Americans deserve. ”

“EPA’s registration of Enlist Duo, which causes unreasonable adverse effects to health and the environment, is responsible for increased 2,4-D use –as much as a seven-fold increase to 176 million per year by 2020, without the economic return achieved by those who practice sustainable organic production,” said Jay Feldman, executive director of Beyond Pesticides.

“In reissuing an expanded approval for this toxic chemical cocktail, the EPA has shown an utter disregard for human health, our drinking water and endangered species like the iconic whooping crane,” said Stephanie Parent, senior attorney at the Center for Biological Diversity. “The law requires reasonable safeguards and the EPA has left us with no choice but to force the issue in this suit.” 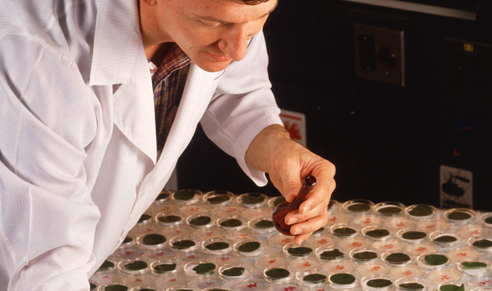 Crops in the Pipeline

Right now, many of our fresh fruits and vegetables and whole foods are largely GE free. But, the biotech industry is quickly and quietly running field trials on many of these…
Read More