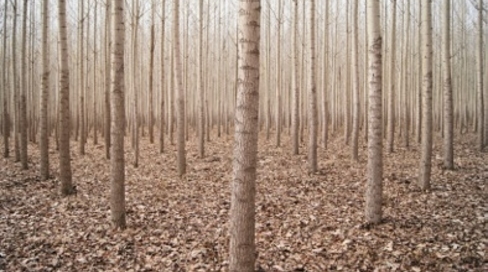 North Myrtle Beach, SC—In the aftermath of Hurricane Matthew, which made landfall only days before, strategies to stop the development of genetically engineered trees (GE trees) were the topic at a meeting that brought Indigenous Peoples, scientists, ecologists, and legal, social and environmental justice experts to North Myrtle Beach over October 12-18.

GE trees would threaten forests and communities throughout the U.S. Southeast–known by activists as “ground zero” for the development of GE trees.

Global Justice Ecology Project, Biofuelwatch and the Indigenous Environmental Network, all members of the North American Coordinating Committee against GE Trees (NACC), organized the meeting. Groups from across the region and the country took part in the meeting [1], including participants from several new organizations: ActionAid, Hip Hop Caucus, Beyond Toxics and Heartwood.

Heartwood’s Tabitha Tripp said she was struck by the inherent danger in altering forest habitats with GE trees. "The irreversible escape of GE tree traits into wild forests will impact these forest communities for generations to come,” stated Tripp. “On top of that are the impacts from the vast amounts of highly toxic chemicals used, and the consumption of large volumes of fresh water resources. We are committed to stopping GE trees from being dispersed on public and private lands.”

The Southeastern U.S. has been the world’s number one producer of wood pulp with one in five forested acres converted to industrial pine plantations. The region’s forests are now also being logged for wood pellet exports to UK coal plants.

“GE tree plantations are a false solution, not the magic cure-all to climate change and deforestation promised by the wood products and energy industries,” added Cristina Stella, an attorney with the Center for Food Safety. “GE trees would contaminate and destroy natural forests; reduce biodiversity; pollute water; endanger the health of workers; and negatively affect local communities. CFS is committed to using our extensive legal and policy expertise in GE organisms to prevent these impacts.”

ArborGen was also a major focus of the meeting. An international GE tree research and development company headquartered in South Carolina, ArborGen was founded in 1999. Its joint funders are International Paper, WestRock (formerly MeadWestvaco) and New Zealand-based Rubicon. Many of ArborGen’s executive staff have come from Monsanto.

During the Southeast GE Trees Strategy Meeting, the New Zealand Herald published an article titled “It's time to put Rubicon shareholders out of their misery.” [3] The article criticized Rubicon’s leadership for investments that have caused significant losses to the company’s value.  The article called ArborGen a “huge disappointment,” adding that “ArborGen is still trying to break even more than 15 years after the Rubicon prospectus stated that the commercialisation of this operation was one of its main objectives.”

ArborGen’s history [4] has been loaded with controversy and has been the subject of both legal action and protests over the years. Two members of the Campaign to STOP GE Trees and Global Justice Ecology Project, including GJEP Executive Director Anne Petermann, were arrested during a direct action at ArborGen’s World Headquarters on 28 September 2015.

Full quotes of several meeting participants are listed below. [5]

[2] In an email dated 15 September 2016, Andrew Baum, President and CEO of ArborGen urged people to contact their representatives to renew the H-2B Guestworker program’s “Returning Worker Exemption” which he called “a vital piece of legislation that will greatly influence the success of the coming planting season for forestry.”

The H-2B program has been heavily criticized for stripping migrant workers of rights. The Guestworker Alliance states, “The problems with the H-2B program are numerous, and well-documented. Rampant abuses occur in the system, and include: failure to pay promised wages, retaliation for defending basic rights on the job, and even involuntary servitude.”

[3] “It's time to put Rubicon shareholders out of their misery.”

[4] Global Justice Ecology Project's description of some of ArborGen’s controversial history can be found here.

“Center for Food Safety (CFS) is pleased to have been a part of the GE tree strategy session. GE tree plantations are a false solution, not the magic cure-all to climate change and deforestation promised by the wood products and energy industries. GE trees would contaminate and destroy natural forests; reduce biodiversity; pollute water; endanger the health of workers; and negatively affect local communities. CFS is committed to using our extensive legal and policy expertise in GE organisms to prevent these impacts.”

“For Indigenous Peoples there is no question that forcefully altering the molecular makeup of any organism creates an unnatural and unpredictable relationship within the ecosystems in which they are inserted. This meeting was an intersection between science and Indigenous knowledge and solidified our contention that manipulating elements of the natural world is not the solution we should be concentrating on to mitigate climate change or to replace fossil fuels for our energy needs. These false solutions are created to industrialize the natural world and will continue to destroy the regenerative biodiversity that has sustained the human race since the beginning of time.” - Brenda Jo McManama, Save Our Roots campaign organizer for the Indigenous Environmental Network

“ActionAid USA is committed to stopping false solutions to climate change like biofuels that are putting local people’s land and human rights at risk. Instead of reducing the amount of energy we consume, trees and massive amounts of food crops are being used to fuel our cars and trucks. Growing trees and food for fuel on an industrial scale is damaging for people and our planet.” - Tristan Quinn-Thibodeau, Biofuels, Land Rights, and Food Security Campaigner at ActionAid USA

“Dogwood Alliance was honored to join a diverse coalition of environmental organizations working to expose and halt the expansion of genetically engineered trees. We work to protect Southern forests and the people that rely on them, and the growth of this industry threatens our natural forests, the biodiversity they support, and the communities that depend on the life-sustaining properties of our forests. - Emily Zuccino, Community Network Manager

“Biofuelwatch was delighted to participate in this event with the growing movement to oppose GE trees.  We have been working in the UK where misguided renewable energy subsidies are driving escalating wood pellet exports from the Southeast US, to burn in coal plants like DRAX. ArborGen and others in tree biotechnology science and industry are looking to profit from that growing demand. But we know very well that plantations, and especially plantations of GE trees only contribute to climate change and biodiversity loss, and shipping wood pellets across the Atlantic to mix with coal is anything but clean and green.” - Dr. Rachel Smolker, Co-Director

"Heartwood values ecosystem diversity of the Eastern Forest regions. We look forward to working in collaboration with many groups who also acknowledge the inherent danger in altering forest habitats with GE trees. We know all too well the long-term implications of disturbing natures creations will end in consequences for the forests and the forest communities for generations to come. Farming forest with GE trees is simply not sustainable. This industry will use extreme amounts of toxic chemicals and consume large volumes of fresh water resources. We do not believe that biomass incineration of wood pellets is a viable or sustainable way to create energy and will work to stop GE trees from being dispersed on public and private lands.” - Tabitha Tripp, Heartwood council member

"This was a great conference and exposed the dangers posed by genetically engineered trees. I was impressed by the level of scientific expertise and the number of activist groups around the country fighting to keep our forests wild, for all life on the planet to survive and thrive." - Suki deJong, Everglades Earth First!

“We came together to find ways to stop ArborGen’s plans to sell GE trees in the Southeast U.S. or anywhere in the U.S. Our meeting sent a message to other countries that GE trees will not be allowed to violate ecosystems of the Earth on which people and biodiversity depend. These ‘Frankentrees’ are intended for use in industrial timber plantations. Despite industry propaganda promoting tree plantations as a ‘green solution,’ we know that only thing green about GE trees and plantations is the money they would make. Plantations are not forests. ArborGen’s next stop is Brazil where they will attempt to sell their ‘Frankentrees.’ The Campaign to STOP GE Trees is already on the ground in Brazil working with social movements like the MST (Brazil’s Landless Worker's Movement), community groups and Indigenous Peoples.” – Orin Langelle, international steering committee member for the Campaign to STOP GE Trees 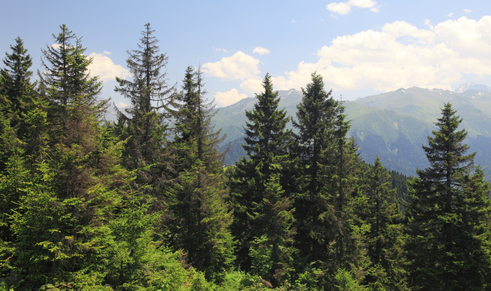 Industrial agriculture, monocultures and genetic engineering are not limited to crops…
Read More