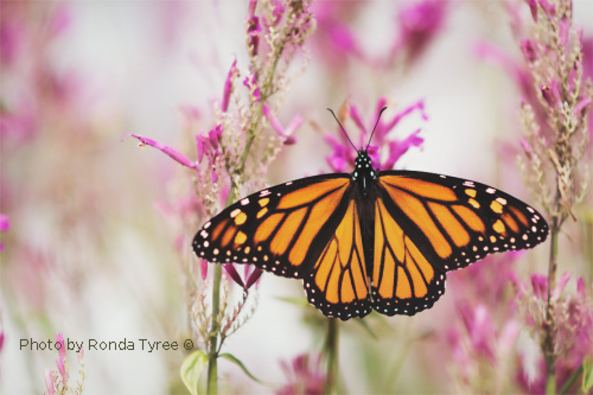 WASHINGTON—Two conservation groups filed a lawsuit against the U.S. Fish and Wildlife Service today over its failure to protect the monarch butterfly under the Endangered Species Act. Center for Food Safety, the Center for Biological Diversity and allies formally petitioned the Service in August 2014 to protect the monarch as a “threatened” species following a 90 percent population decline over the preceding two decades. In December 2014, the Service determined that protection may be warranted, triggering an official review of the butterfly’s status that, by law, must be completed within 12 months. More than a year later, however, the Service has failed to issue a final decision on whether to protect the charismatic orange and black butterfly under the Act. Today’s lawsuit requests that the court set a deadline for that decision.

“Protecting monarch butterflies under the Endangered Species Act is essential to their survival, and further agency delay is unlawful and irresponsible,” said George Kimbrell, Center for Food Safety (@CFSTrueFood) senior attorney and counsel in the case.

“The threats the monarch is facing are so large in scale that the butterfly needs the effective protection of the Endangered Species Act if we’re really serious about saving this amazing migratory wonder for future generations,” said Tierra Curry, senior scientist at Center for Biological Diversity.

While monarch numbers increased this past year due to favorable weather conditions, the long-term outlook remains bleak. Analysis of the past 22 years of population data shows a statistically significant trend: Monarchs are declining by 9 percent per year on average, and the four years with the fewest monarchs ever recorded have all come since 2010. While this year’s winter count is better than the record lows of the previous three years, it still represents a decline of 78 percent from the known population highs of the mid-1990s and is well below the population size needed for recovery. Monarchs require a much larger population to be resilient to severe weather events and other threats. A single winter storm in 2002 killed an estimated 500 million monarchs – more than three times the size of the entire current population.

The butterfly’s dramatic decline has been driven in large part by the widespread planting of genetically engineered crops in the Midwest, where most monarchs are born. The vast majority of genetically engineered crops are made to be resistant to Monsanto’s Roundup herbicide, which is a potent killer of milkweed, the monarch caterpillar’s only food source. The dramatic surge in Roundup use and “Roundup Ready” crops has virtually wiped out milkweed plants in Midwestern corn and soybean fields. It is estimated that in the past 20 years these once-common butterflies may have lost more than 165 million acres of habitat — an area about the size of Texas — including nearly a third of their summer breeding grounds.

Monarchs are also threatened by global climate change, drought and heat waves, other pesticides, disease and predation, urban sprawl and logging on their Mexican wintering grounds.

In response to the initial positive finding the Service issued on the groups’ petition, more than half a million comments have been submitted to the agency in support of Endangered Species Act protection for the butterfly. In the past year, more than 50 members of Congress, 40 leading monarch scientists and ecologists, and more than 200 organizations and businesses have sent letters to the agency urging federal protection for the monarch.

Center for Food Safety is a nonprofit, public interest organization with over 750,000 members nationwide dedicated to protecting our food, farms, and environment. Twitter: @CFSTrueFood