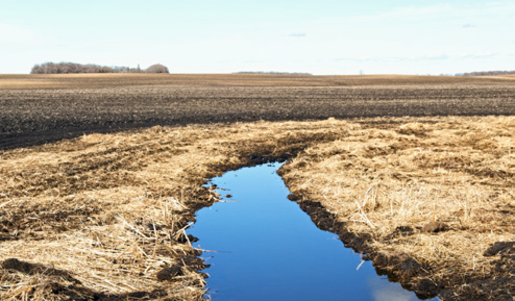 WASHINGTON, DC (February 11, 2016)—Center for Food Safety today filed a demand letter seeking compliance by the Environmental Protection Agency (EPA) and Bayer CropScience with the terms of the registration for flubendiamide, a powerful insecticide that EPA has determined is a threat to water quality. EPA approved the chemical’s registration in 2008 with the mandatory condition that Bayer agree to its cancellation if subsequent studies revealed risks to water quality and aquatic life. Recent studies show that flubendiamide poses a risk to aquatic invertebrates—potentially including rare freshwater mussels, crayfish and other native wildlife—yet Bayer explicitly refuses to comply with EPA’s condition. CFS’s letter demands that EPA use its authority to declare the flubendiamide conditional registrations to be expired and to suspend the issuance of new conditional registrations for any pesticides unless or until the system is reformed.

“The EPA is failing in its duty to protect our nation’s waters,” said Peter T. Jenkins, attorney with Center for Food Safety. “The refusal of Bayer to comply with EPA’s imposed conditions provides a strong demonstration that the current conditional registration system is unreliable and unable to protect Americans or the environment.”

The conditional registration for flubendiamide was issued in 2008 with the condition that after five years, if EPA’s expressed concerns about foreseeable harms to aquatic systems were not satisfactorily resolved, then Bayer was to accept voluntary cancellation of the product. More than seven years have passed since then and Bayer is violating the terms of the conditional registration. Just last week, Bayer publicly announced it refuses to comply with the condition, an affront to EPA authority. Rather than take strong action to remove the product, in a Jan. 29 letter, EPA invoked the Special Review process, which typically takes several years to complete.

“Invoking Special Review is an unacceptably lenient approach by EPA when it can instead declare the registration ‘expired,’” said Jenkins. “It is unacceptable to allow continued possible jeopardy to aquatic species, including several that are listed as threatened or endangered under the Endangered Species Act.”

EPA’s letter to Bayer indicates that the environment is in fact being contaminated and the current situation amounts to an “unreasonable adverse effect,” stating: “In fact, EPA's most recent analysis suggests that the continued use of flubendiamide is expected to have significant negative impact on invertebrates of aquatic systems, which could lead to negative impacts on other taxa as well.”

Unfortunately, Bayer’s conditional registration violation for flubendiamide is not an isolated occurrence. More than a decade ago, EPA’s imposed condition mandating a valid “pollinator field test” for the registration of the neonicotinoid clothianidin (registered to Bayer in 2003) also remains unsatisfied now 13 years after it was imposed.

The Government Accountability Office issued a thorough audit in 2013 that castigated EPA’s management of conditional registrations. The audit found that due to the lack of a reliable condition tracking system “pesticides with conditional registrations could be marketed for years without EPA’s receipt and review of these data.” The flubendiamide situation indicates EPA has failed to fully heed the GAO audit conclusions.