Wendy's says no to GMO apple 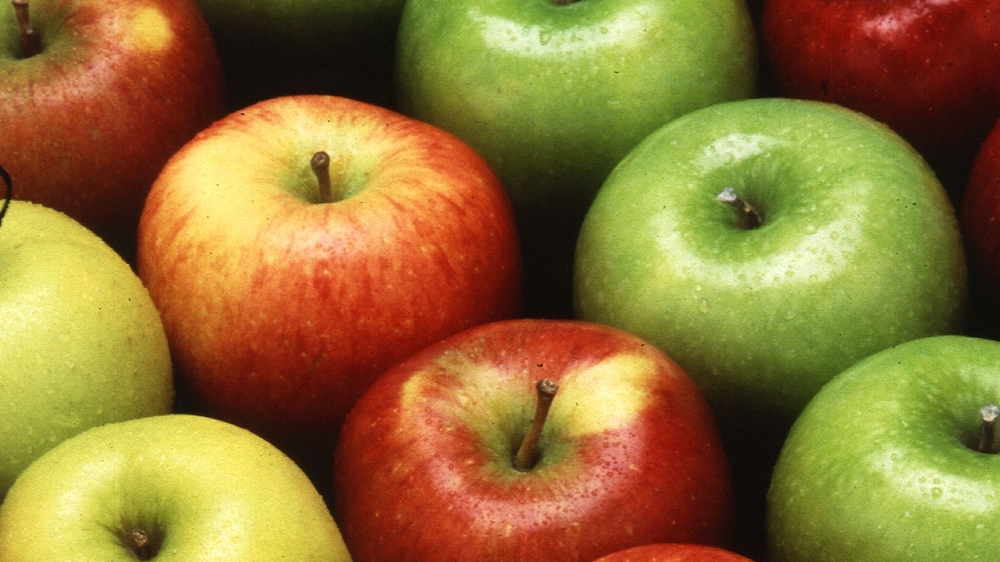 ”No demand for this new GMO” as DARK Act approaches

WASHINGTON, D.C. –  Wendy’s (NASDAQ: WEN) one of the nation’s top restaurant chains, has confirmed the company does not plan to sell or use the Arctic® apple. In the wake of widespread criticism of the USDA’s recent approval of the first genetically engineered apple, the Food and Drug Administration recently deemed the Arctic® apple, owned by synthetic biology company Intrexon (NYSE: XON), safe for consumption, relying only on company data through a voluntary safety consultation. Like other GMOs, the Arctic Apple will not be required to be labeled as genetically engineered.

Wendy’s, which sells apple slices in its kids’ meals, confirmed in an email to Friends of the Earth that it has no plans to sell Arctic® apples. Major food companies including McDonald’s (NYSE: MCD) and Gerber (OTCMKTS: NSRGY) have also stated that they have no plans to source or sell this genetically engineered apple.

“Wendy’s is wisely listening to its customers by joining other major food companies and apple growers in rejecting this unnecessary and risky genetically engineered apple,” said Lisa Archer, food and technology program director at Friends of the Earth. “It’s becoming increasingly clear that there is no demand for this new GMO.”

Despite growing public demands for transparency and GMO labeling, large chemical and food companies continue to push for introduction of a Senate companion bill to HR 1599, dubbed the Deny Americans the Right to Know (DARK) Act. This bill, recently approved in the House of Representatives, would preempt state and local authority to label and regulate genetically engineered food, allow food companies to make false ‘natural’ claims about foods containing GMOs, and would codify the failed system of voluntary labeling of GMOs. A Senate Agriculture Committee hearing on GMO regulation has been scheduled for October 21, 2015.

Major apple growing associations, including USApple and the Northwest Horticultural Council (representing Washington apple growers, who grow more than 60 percent of U.S. apples), have also stated opposition to this GMO apple, some voicing concerns that potential cross-contamination may cause important export markets such as Europe and China to reject U.S. grown apples or require costly testing and certifications from farmers and exporter companies.

The GMO Arctic Apple® is genetically engineered via a new, virtually untested experimental technique called RNA interference -- or RNAi -- that many scientists are concerned may have negative, unintended impacts on human health and the environment. This technique was used to silence genes related to the production of enzymes that cause apples to brown when cut, a natural indicator of freshness. However, browning in apples can be prevented using lemon juice or other natural sources of vitamin C; making this genetically engineered apple unnecessary. In addition, a new certified organic, non-GMO, non-browning apple, the Opal Apple developed using traditional cross-breeding, is currently available at leading grocery retailers.

Scientists believe that the natural browning enzyme in apples may help to fight diseases and pests, meaning that farmers may have to increase their pesticide use on these new GMO apples. Conventional, non-GMO apples already carry some of the highest levels of toxic pesticide residues, many of them linked to hormone disruption, reproductive harm and ADHD. Scientists also worry that while Okanagan's RNAi process aims to silence four of the apple’s genes, the process may be dangerously imprecise: targeted gene sequences are similar to other closely related genes, so the silencing process could unintentionally impact genes that affect other functions in the plant.

Okanagan Specialty Fruits, has also announced plans to introduce genetically engineered peaches, cherries and pears in the near future.

Another new GMO is also facing increasing market rejection. Due to a campaign by Friends of the Earth and allies, more than 60 retailers, including Target, Whole Foods, Trader Joe’s, Safeway and Kroger, representing more than 9,000 grocery stores across the country, have made commitments to not sell AquaBounty’s (AQBT) AquAdvantage® GMO salmon, currently pending approval by the FDA.

“Wendy’s has done the right thing by committing to not sell genetically engineered apples. It is risky to allow these products to enter the food supply when impacts of the basic technology are so poorly understood,” said Rebecca Spector, west coast director at Center for Food Safety. “But this one step isn’t enough. All American consumers have the right to know how their food is produced, and to ensure that right, we need proper labeling on all GE products.”

"Consumers have spoken, and Wendy's has listened," said Katherine Paul, associate director of the Organic Consumers Association. "What health-conscious consumers want are wholesome, pesticide-free, nutrient-dense apples--not cosmetically appealing apples created using a risky and untested technology, and unleashed into the market without a label."

List of grocery stores that have made commitments to not sell GMO salmon or seafood are here: www.gefreeseafood.org