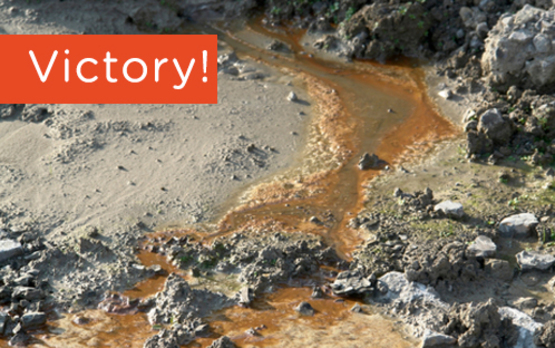 Yakima Valley, WA - In a court settlement announced today, four Washington State dairies have agreed to implement sweeping changes in their operations following a series of lawsuits brought by the Community Association for Restoration of the Environment (CARE) and Center for Food Safety against the dairies alleging that their mismanagement of manure contaminated water supplies in the Lower Yakima Valley, Washington community. Today’s settlement follows a January ruling in the Eastern District of Washington against Cow Palace, one of the four dairies, finding that the millions of gallons of manure it stored in unlined lagoons and dumped onto crop fields contaminated the soil and aquifer below. Under the terms of the settlement, the dairies will provide clean drinking water to a large number of residents with polluted water and drastically change their operations in ways intended to stop future contamination to the area’s water supply to protect public health and the environment.

“We settled in order to get immediate help to the people directly in harm’s way,” said CARE co-founder and President Helen Reddout. “People in the impacted zone will now have safe alternative water until the groundwater poisons go away, which could be a long time. We want people to know that it is not safe to drink nitrate-contaminated water, and to contact the Yakima County Department of Health about contaminated wells so we can make sure they get safe drinking water. It is now time for the responsible agencies to stop the rest of the dairies in the Valley from causing pollution.”

The dairies named in today’s settlement will now install double liners in all manure lagoons to stop leakage, limit manure applications to crop fields, and make other operational changes. They will also be subject to additional groundwater monitoring and be responsible for providing clean water to area residents until the contamination is eliminated.

“This is an important precedent holding mega-dairy factories responsible for the environmental and human health impacts of their waste,” said Andrew Kimbrell, executive director at Center for Food Safety. “They will now have to dispose of their toxic waste in a responsible manner and under stricter EPA supervision.”

The January ruling leading to today’s settlement marked the first time a U.S. federal court held that manure from livestock facilities should be regulated as solid waste. The Court held that the federal Resource Conservation and Recovery Act, which governs the disposal of solid and hazardous waste, applied to animal waste from such facilities when it was mismanaged and applied beyond proper fertilization rates.

“This settlement takes the animal factory industry from the Dark Ages into the Age of Enlightenment, while providing important relief to the impacted community,” said Charlie Tebbutt, lead attorney for the plaintiffs. “The industry must still evolve to a higher level of consciousness and this settlement provides a huge improvement in daily operations. State and federal agencies must now use this settlement as a stepping stone toward providing permanent solutions for protecting human health and the environment from an industry that is causing severe pollution nationwide.”

Jessica Culpepper of Public Justice, a public interest firm that served as co-counsel on the litigation, noted that “today’s settlement means these mega-dairies will, quite literally, have to clean up their act. It also shows that, with the right systems in place, this industry can operate in a way that better protects public health and the environment in communities where they operate. It sends a clear message to others that communities can and will fight back if a factory farm contaminates their water, with the law on their side, to protect their families and their water supply.”

For more information on the case and today’s landmark settlement, visit www.CenterForFoodSafety.org, www.charlietebbutt.com  and www.PublicJustice.net.