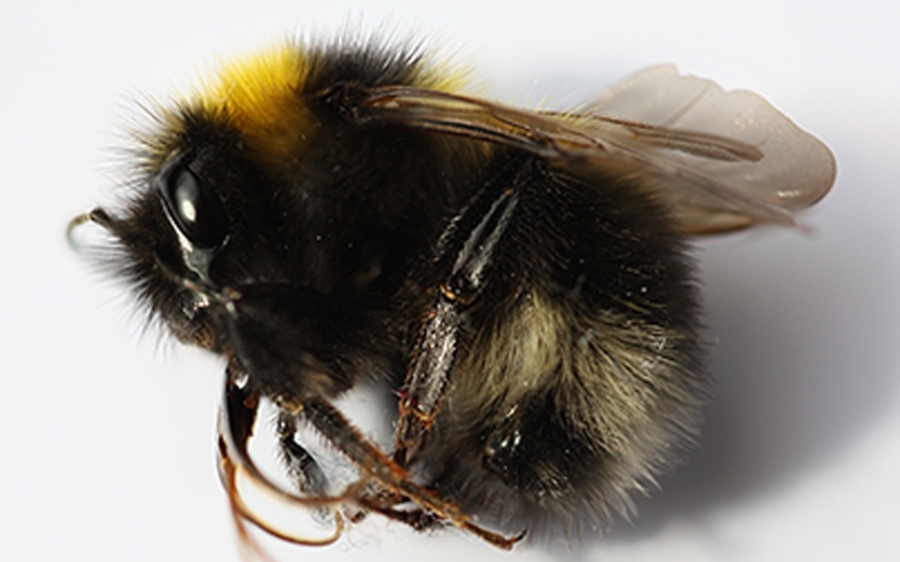 (April 2, 2015) Washington, DC – Earlier today the U.S. Environmental Protection Agency (EPA) announced a moratorium on new bee- and bird- harming neonicotinoid pesticide products and uses. While supportive of the partial halt on new registrations, farm, beekeeper and environmental groups were disappointed that the action ignored the huge numbers of other bee-harming pesticides already on the market. EPA’s announcement likely foreshadows broader recommendations from the White House Pollinator Health Task Force, according to the alliance.

“We need EPA to protect bees and other pollinators from the neonicotinoids and other bee-harming insecticides that are already covering the corn and soybean acres in our area, not just keep new products off the market," said Joanna Voigt, program and communications coordinator at Kansas Rural Center. "Here at the Kansas Rural Center we work with farmers who rely on pollinators to cultivate crops like squash, blueberries, apples, cucumbers, peppers, sunflowers and more. These farmers deserve more from EPA.”

Over 125 farmer, food safety, beekeeper, faith and environmental groups sent a letter to the president last month urging a moratorium on all neonicotinoids and their chemical cousins, other systemic pesticides. Additionally, more than four million Americans signed petitions urging the Obama administration to take immediate action on bee-toxic pesticides.

"EPA's announcement is disingenuous,” said Jeff Anderson, a beekeeper and owner of California Minnesota Honey Farms. "In the last year, EPA has approved registration for two new neonics, and expanded uses of these pesticides to additional blooming crops — also increasing residue tolerances to accommodate these new uses. Allowing increased toxic exposure to my bees and then announcing a moratorium? Very disingenuous."

Neonicotinoids are a class of pesticides known to have both acute and chronic effects on honey bees, birds, butterflies and other pollinator species, and are considered a major factor in overall pollinator declines. A growing body of independent science links neonics to bee declines, both alone and in combination with other factors like disease and malnutrition. Twenty-nine independent scientists conducted a global review of over a thousand independent studies, and found overwhelming evidence linking neonicotinoid pesticides to declines of bees, birds, earthworms, butterflies and other wildlife.

Neonics are also slow to break down, causing them to build up in the environment and endanger a whole range of beneficial species that inhabit these ecosystems.

After neonics came under scrutiny, other long-lived, highly-toxic “systemic”insecticides came on the market. Systemic or “whole plant” insecticides are drawn up into plants from the root, and can infuse both pollen and fruit. These new chemicals, including sulfoxaflor and flupyradifurone,

are very closely related to neonicotinoids, and arguably could be included in the neonicotinoid grouping. Yet they were placed in a separate subgroup from neonicotinoids by CropLife’s Insecticide Resistance Action Committee, a categorization that will allow EPA to continue registering new uses of systemic insecticides, even after today’s announcement.

Numerous food safety and environmental groups are urging EPA to expand the moratorium to include products already on the market.

“It’s welcome news that EPA is finally beginning to address the threat that neonics pose to the nation’s bees and other pollinators, but given the threats to the nation’s food and farming system, more is needed,” said Kristin Schafer, policy director at Pesticide Action Network North America. “Numerous bee-harming neonics and their cousin products are already on the market, and seed coatings in particular have led to a dramatic surge in use over the last few years. EPA should go further to place a moratorium on existing products.”

“EPA has finally admitted it lacks the basic data needed to determine whether bees, other pollinators, or the environment will be adversely affected by neonicotinoids,” said Peter T. Jenkins, attorney for the Center for Food Safety. “If EPA is unable to assess the safety of new uses, the agency similarly is not able to assess the safety of the close to 100 outdoor uses already approved. In view of its admissions, EPA has no option under FIFRA other than to suspend the existing uses, as well as follow through with its moratorium on the proposed new uses.”

“Although EPA acknowledges the harm neonicotinoids cause to pollinators, this action simply does not address the current neonicotinoid and other systemic insecticide products used in agriculture and by consumers that already pose unacceptable risks to pollinators,” said Jay Feldman, executive director of Beyond Pesticides. “We urge the agency to suspend neonicotinoid products and take meaningful action on pollinator health.”

Today’s move comes on the heels of a new study published in the journal Environmental Science & Technology that highlights how use of pesticides that coat seeds, which EPA is not tracking, has sharply risen. According to the study, many farmers are prophylactically using these coatings as an insurance policy to protect crop yields, despite evidence of limited benefits.

According to an independent poll released last month, more than half of Americans consider the declining populations of honey bees and other pollinators to be a serious problem. And while today’s announcement indicates that EPA is slowly responding to Americans’ concerns, groups are concerned about the action’s limitations.

“Today’s action by EPA is an important step forward in protecting bees, butterflies, and the entire web of life,” said Lori Ann Burd, Environmental Health director at the Center for Biological Diversity. “There is no question that these toxic chemicals are killing our pollinators, and we commend EPA for recognizing these impacts and taking this action — but they need to go even further.”