Smartphone Food Labeling? Not a Smart or Fair Way to Label GE Foods 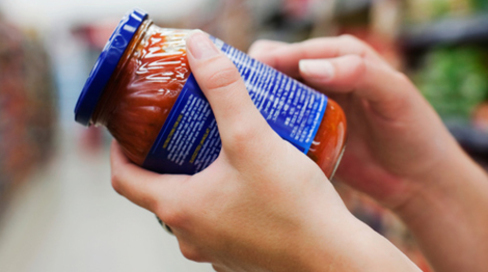 February 26, 2015 (Washington, DC)--U.S. Department of Agriculture Secretary Tom Vilsack has revived his inadequate suggestion that consumer demand for labeling should be solved with voluntary use of bar code technology on smartphones. Vilsack introduced the idea last year in a House Agriculture subcommittee hearing and reiterated it again today in a story from the Associated Press.

“Secretary Vilsack’s assertion that consumers demanding the mandatory labeling of genetically engineered (GE) foods should rely on smartphone technology is not only absurd, but fundamentally unjust and impractical,” said Colin O’Neil, director of government affairs for Center for Food Safety. “It shouldn't matter where you live, where you shop or what technology you have – all Americans deserve to be able to look at a package and see what's in the food their buying and feeding their families.”

“Given the overwhelming support for GE labeling around the country it is no surprise that we're starting to hear more ideas for how companies can voluntarily provide consumers with information about what is in their food,” said O’Neil. “After 14 years of a failed voluntary labeling standard for GE foods, where not one company has chosen to voluntarily label its GE products, it is abundantly clear that voluntary labeling is simply no substitute for mandatory disclosure of GE foods.”

Legislation in support of mandatory federal GE food labeling was reintroduced by Senator Boxer and Representative DeFazio earlier this month. The Boxer-DeFazio bill remains the strongest proposal in Congress for solving the GE labeling issue nationally.