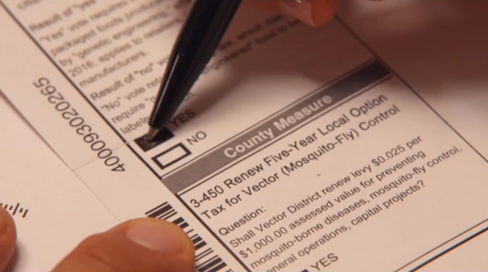 Portland, Oregon (December 8, 2014) – Today, Oregon citizens whose votes were not counted filed a lawsuit in the Circuit Court of the State of Oregon to ensure that their votes and those of approximately 4,600 others are not unfairly rejected. Oregon is currently undergoing a mandatory statewide hand recount of Measure 92, the genetically engineered (GE) food labeling initiative. With more than 1.5 million votes cast, the difference was less than a tenth of a percentage point (812 votes). The lawsuit, also brought by the Oregon Right to Know Campaign, asks the Court to direct the Secretary of State to count 4,600 ballots currently rejected without evidence of fraud or forgery.

“These voters completed their ballots, signed their return identification envelops pursuant to instructions provided by the Secretary of the State and local election officials, and timely returned their ballots. However, local election officials … have not counted these ballots because the voters’ signatures on their return identification envelops do not ‘match’ their signature on file for those voters,” the lawsuit states.

“The right to vote is a fundamental right. Thousands of voters should not have their rights denied because of a technicality that the law does not require,” said George Kimbrell, senior attorney with Center for Food Safety. “Absent evidence of forgery or fraud, these ballots must be counted. It’s especially critical here, since the closest statewide election in Oregon history hangs in the balance.”

Center for Food Safety, lead author of Measure 92, supported the Oregon campaign extensively, at the legal, advocacy, and grassroots level and as a member of the Steering Committee. CFS’s political arm, Center for Food Safety Action Fund, raised over $1 million to support Measure 92 and helped mobilize thousands of volunteers in Oregon and across the country. CFS previously worked with and provided legal and grassroots support to campaigns in Oregon to ban the planting of GE crops in two Oregon counties, and worked with the State Senate to ban GE canola in the Willamette Valley until 2019. CFS also co-authored GE food labeling ballot initiatives in California and Washington and has spearheaded nationwide efforts on the issue for over a fifteen years.