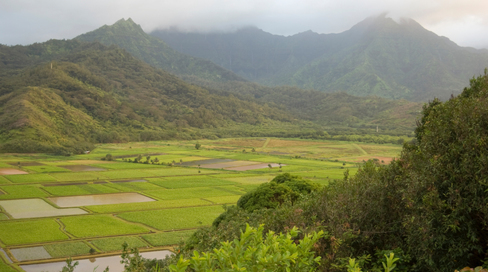 Court Strikes Down Ban on Most Genetically Engineered Crops

(Honolulu, HI, November 26, 2014) – U.S. Magistrate Judge Barry Kurren today ruled Hawai`i County Ordinance 13-121 invalid because the subject matter was one that must be regulated at the state level. The ordinance, passed by the County Council 6-3 in November 2013, would have banned most genetically engineered (GE) crops from being grown on the Big Island, with the exception of papaya. Center for Food Safety and Earthjustice helped the county defend the law against the Biotechnology Industry Organization – the association for biotech companies like Monsanto and Dow Chemical.

The decision concluded that state “preemption” of the county ordinance is implied by state plant laws, despite the fact none of them even mention genetically engineered crops or were intended to regulate them. The court also refused the nonprofits’ request to send the state law question to the Hawai`i Supreme Court to decide, despite being important state law questions of first impression. Finally, the court rejected the chemical companies’ arguments that county and state regulation of commercialized genetically engineered crops was prohibited by federal law, but concluded federal law did prohibit regulation of some, but not all, experimental plantings.

The decision follows on the heels of a similar decision by the same judge regarding Kaua`i County Ordinance 960, a decision currently being appealed. Additionally, the residents of Maui County just passed a ballot initiative to halt GE crop production until public safety tests can be conducted. That initiative is also being challenged by the biotech industry in court.

"Hawai`i Island is a unique and important place,” said Nancy Redfeather, an organic farmer on the Big Island. “I am deeply disappointed that the court would agree with the chemical companies' arguments, stripping us of our right to make local agricultural decisions.”

Earthjustice attorney Paul Achitoff commented: “Given Judge Kurren’s decision invalidating the Kaua`i County ordinance this ruling comes as no surprise. We believe he was wrong in concluding in both cases that Hawai`i law preempts county regulation of genetically engineered crops, and we’re confident the Court of Appeals will agree with us.”

“This decision is legally flawed and unfortunate, but the movement to save Hawai`i from becoming a poisoned paradise will not be deterred,” said George Kimbrell, senior attorney for Center for Food Safety. “We will continue to stand and defend the will of Hawaiian people to protect themselves, their local farms, and their environment from the harms of genetically engineered crops and their pesticides.”

Citing public health and environmental concerns, Ordinance 13-121 (previously Bill 113) passed the County Council with large public support. The ordinance banned the growing of new genetically engineered crops on the island. It also prohibited open-air testing of GE crops and included a $1000 per day fine for violations. The bill exempted crops that are already grown on the island, like the Rainbow papaya.

Large biotechnology companies such as Monsanto and Syngenta experiment with genetically engineered crops in Hawai`i because it offers year round growing conditions. Most of these crops are engineered to resist herbicides and pesticides. Testing these crops means repeated spraying of dangerous chemicals near neighborhoods, schools, and waterways. In 2013 alone there were 1124 field test sites; California only hosted 184 sites. Across the state, residents are seeking to halt the practice.