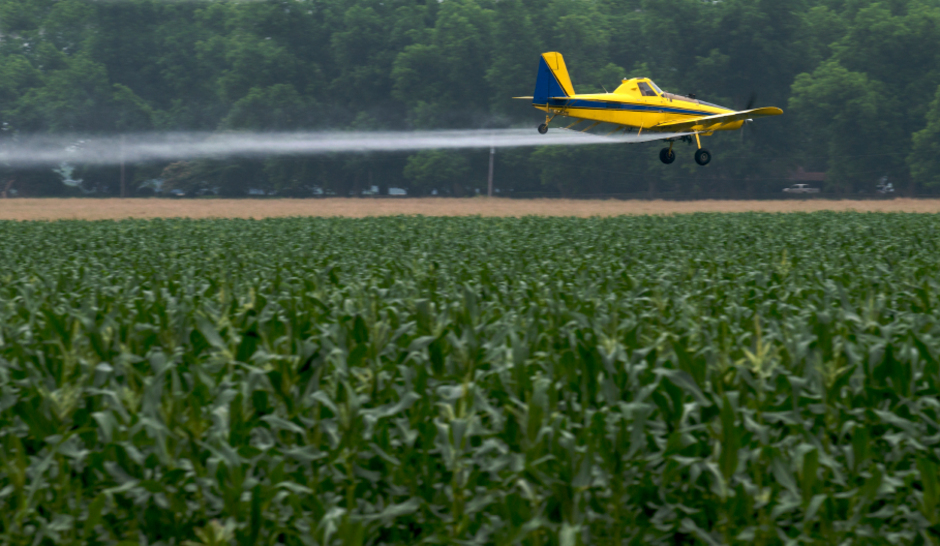 The Environmental Protection Agency (EPA) has announced a proposal to approve the direct spraying of the toxic herbicide 2,4-dichlorophenoxyacetic acid (2,4-D) on genetically engineered (GE) corn and soybeans. Dow Chemical developed the GE crops – known as Enlist – solely to withstand high doses of 2,4-D, which it also sells, and several other herbicides. 2,4-D comprised one-half of the “Agent Orange” used in Vietnam, leading many to call Dow Chemical’s corn and soybeans “Agent Orange” crops. EPA will reach a final decision after a 30-day comment period.

“With this decision it is clear that the EPA is serving the interests of Dow Chemical and the biotech industry rather than protecting our health and the environment. The food movement must quickly organize and forcefully let the EPA know that we will not accept their blank check allowing Agent Orange crops and this toxic pesticide to spread across the country,” said Andrew Kimbrell, executive director of Center for Food Safety.

The U.S. Department of Agriculture (USDA) has given preliminary approval to Dow’s Enlist crops, but warned that they would increase annual use of 2,4-D in American agriculture from 26 million pounds a year to as much as 176 million pounds.

Seventy (70) health scientists wrote EPA a joint letter urging the Agency to reject Dow Chemical’s application for commercial sale of 2,4-D resistant corn and soybeans. Medical scientists have linked exposure to 2,4-D and herbicides of its class to increased rates of cancer, Parkinson’s disease and low sperm counts, among other effects; children of pesticide applicators where 2,4-D is heavily used suffer higher rates of birth anomalies.

“2,4-D is not a solution to glyphosate-resistant weeds. Weeds will rapidly evolve resistance to 2,4-D as well if these crops are approved, driving a toxic spiral of ever-increasing herbicide use. Dow’s Enlist crops are a textbook example of unsustainable farming, profiting pesticide companies to the detriment of American farmers, public health and the environment,” added Kimbrell.

Over 400,000 citizens and 154 farm and public interest organizations have also opposed Enlist crops.

“American agriculture stands at a crossroads. One path leads to more intensive use of old and toxic pesticides, increasingly intractable weeds, and sharply rising farmer production costs,” added Kimbrell. “This is the path American agriculture will take with approval of Dow’s 2,4-D resistant corn and soy. We must instead increase support for organic and other forms of sustainable farming.”