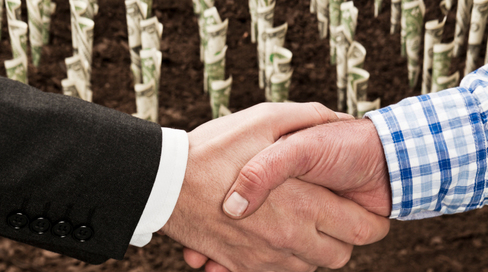 “An Unholy Alliance between Monsanto and Koch Industries”

According to news reports, Congressman Pompeo plans to introduce legislation to prevent states from enacting laws requiring the labeling of genetically engineered (GE) food. The bill would instead codify a failed 13-year old voluntary labeling standard for GE foods.

“GMA’s selection of Congressman Pompeo as their champion shows how extreme the proposal really is,” said Colin O’Neil, director of government affairs for Center for Food Safety. “Selecting Pompeo creates an unholy alliance between Monsanto and Koch Industries, two of the most reviled corporations in America.”

Koch Industries’ subsidiary, Georgia-Pacific, is a member of the Grocery Manufacturers Association which donated more than $7 million against the recent Washington State ballot initiative to label GE foods.  Monsanto, another GMA member, was the single largest contributor to that campaign. Between Washington State and California, Monsanto, GMA (including Georgia-Pacific), and others, have contributed over $67 million to keep consumers in the dark about GE foods.

“With Vermont, Oregon and other states poised to take action this year, it is clear that GMA is scared of what’s ahead,” added O’Neil. “They know that the food movement’s power is growing and that labeling is not a matter of if but when. They are afraid of state action and now they’re trying to steal away consumer choice in Congress.”

Connecticut and Maine have already passed GE labeling legislation. Alaska passed a bill requiring the labeling of genetically engineered fish and fish products. Vermont’s bill has already passed the state house and a senate committee. It is expected that nearly 30 states will introduce GE labeling laws or initiatives in the 2014 legislative session and Oregon is already planning a ballot initiative on the issue.

Building on public demand for information, in 2013, Senator Barbara Boxer and Congressman Peter DeFazio introduced legislation that would require mandatory labeling of GE foods at the federal level. The common sense legislation would compel the Food and Drug Administration (FDA) to implement a mandatory labeling policy. FDA has the authority to require food companies to disclose the presence of these novel food ingredients, and the agency has already required labeling for more than 4,000 ingredients, additives and food processes.