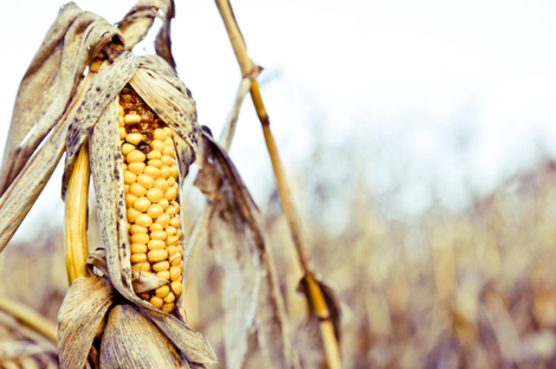 Center for Food Safety (CFS) today filed a formal legal challenge demanding that the U.S. Fish and Wildlife Service (FWS) protect our wildlife and their habitat by prohibiting the use of genetically engineered (GE) crops and neonicotinoid pesticides in National Wildlife Refuges.  Public Employees for Environmental Responsibility (PEER), Center for Biological Diversity, and Beyond Pesticides have all joined CFS in the challenge. The legal action also calls on FWS to comply with the mandates of the Endangered Species Act (ESA) in order to ensure that America’s most imperiled plants and wildlife are protected from these dangerous activities.

“According to federal policy, GE crops are forbidden unless their use is essential to accomplishing refuge purposes. The fact that refuges in the Northeast and Southeast have stopped using GE crops without any ill effects belies the notion that they are ever ‘essential’ for managing wildlife refuges,” said PEER executive director Jeff Ruch, noting that litigation by CFS and PEER had forced refuges in those two regions to stop GE planting.

“Permitting GE crops and neonicotinoid pesticides in Natural Wildlife Refuges threatens one of the few places that pollinators should be able to find shelter from the onslaught of toxic poisons threatening their existence and all that depend on them,” said Jay Feldman, executive director for Beyond Pesticides.

“Pesticides and genetically engineered crops are not part of America’s precious natural heritage,” said Jonathan Evans toxics and endangered species campaign director for the Center for Biological Diversity. “National wildlife refuges were founded to be sanctuaries for America’s wildlife and not laboratories for agricultural experiments.”

Neonicotinoid pesticides are highly toxic to pollinators and one of the leading causes of the current bee collapse.  Widespread pollinator loss threatens native plants and the species that rely on them for survival, as well as our nation’s food supply.  Over 80% of flowering plants rely on pollination services from these critical species.  Nearly all GE corn seed is treated with neonicotinoids, as well as the majority of canola and soybeans.  Growing treated seeds in wildlife refuges means these chemicals, which have proven detrimental to critical pollinator species, are invading and polluting public lands set aside to protect wildlife.  These chemicals are extremely persistent, and can remain in the soil for years after their original planting, and have been found to contaminate water supplies.

Over the past six years, CFS and its allies have repeatedly stopped FWS from permitting the growing of GE crops on numerous National Wildlife Refuges across the country (Northeast and Southeast).  CFS has previously litigated cases protecting wildlife refuges in the Northeast and the Southeast United States.  CFS is currently litigating FWS’s allowance of industrial agriculture practices on Midwest Wildlife Refuges.

The National Wildlife Refuge System is an important part of the natural heritage of all Americans.  Congress created wildlife refuges to ensure that present and future generations benefit from the national network of lands set aside for the conservation, management, and restoration of fish, wildlife, plants, and their habitats.  Wildlife habitat is disappearing at an alarming rate.  National wildlife refuges contain a diverse array of protected habitat types, including rare and ecologically significant lowland grasslands and wetlands.  Protections for these habitat types are crucial because wildlife refuges often exist in the very ecosystems most threatened by development.  These ecosystems face threats that continue to grow.  The National Wildlife Refuge Act requires that all activities in wildlife refuges further its conservation mission, and where a use is incompatible with that mission, it is prohibited.

About Center for Food Safety:

Center for Food Safety is a national, non-profit, membership organization founded in 1997 to protect human health and the environment by curbing the use of harmful food production technologies and by promoting organic and other forms of sustainable agriculture.  CFS maintains offices in Washington, D.C., San Francisco, California and Portland, Oregon, and has over 400,000 members across the country.  More information can be found at www.centerforfoodsafety.org.

Public Employees for Environmental Responsibility is a national, nonprofit service organization dedicated to assisting federal, state and local resource professionals who fight to uphold environmental laws and ethics within their organizations.  PEER’s headquarters is located in Washington, D.C. and PEER has field offices in seven states.

About Center for Biological Diversity:

The Center for Biological Diversity is a national, nonprofit conservation organization with more than 675,000 members and online activists dedicated to the protection of endangered species and wild places.  For more information visit www.biologicaldiversity.org.

Beyond Pesticides is a nonprofit organization that works with allies in protecting public health and the environment to lead the transition to a world free of toxic pesticides. The founders, who established Beyond Pesticides as a nonprofit membership organization in 1981, felt that without the existence of such an organized, national network, local, state and national pesticide policy would become, under chemical industry pressure, increasingly unresponsive to public health and environmental concerns.  Beyond Pesticides is headquartered in Washington, D.C.